SEOUL (Reuters) – After weeks of intense speculation about the health of Kim Jong Un, state news agency KCNA said on Saturday the North Korean leader attended the completion of a fertilizer plant north of Pyongyang, the first report of his appearance since April 11.

Reuters could not independently verify the KCNA report.

KCNA said Kim cut a ribbon at the ceremony on Friday and those attending the event “burst into thunderous cheers of ‘hurrah!’ for the Supreme Leader who is commanding the all-people general march for accomplishing the great cause of prosperity.”

Kim was seen in photographs smiling and talking to aides at the ribbon-cutting ceremony and also touring the plant. The authenticity of the photos, published on the website of the official Rodong Sinmun newspaper, could not be verified.

Asked about the KCNA report, U.S. President Donald Trump said: “I’d rather not comment on it yet.”

“We’ll have something to say about it at the appropriate time,” he told reporters at the White House.

Speculation about Kim’s health has been rife after he missed the birth anniversary celebrations of state founder Kim Il Sung on April 15. The day is a major holiday in North Korea and Kim as leader usually pays a visit to the mausoleum where his grandfather lies in state.

He last made a public appearance on April 11 attending a meeting of the ruling Workers’ Party politburo.

Following his absence from the anniversary, a South Korean news outlet specializing on the North reported that Kim was recovering after undergoing a cardiovascular procedure. A flurry of other unconfirmed reports about his condition and his whereabouts followed.

Officials in South Korea and the United States expressed scepticism about the reports, however.

The former top U.S. diplomat for East Asia, Daniel Russel, said the pieces of the puzzle of Kim’s disappearance would take time to assemble.

His reappearance showed that authoritative information about the well-being and whereabouts of a North Korean leader were very closely guarded, and rumours about him needed to be regarded with considerable skepticism, Russel said. 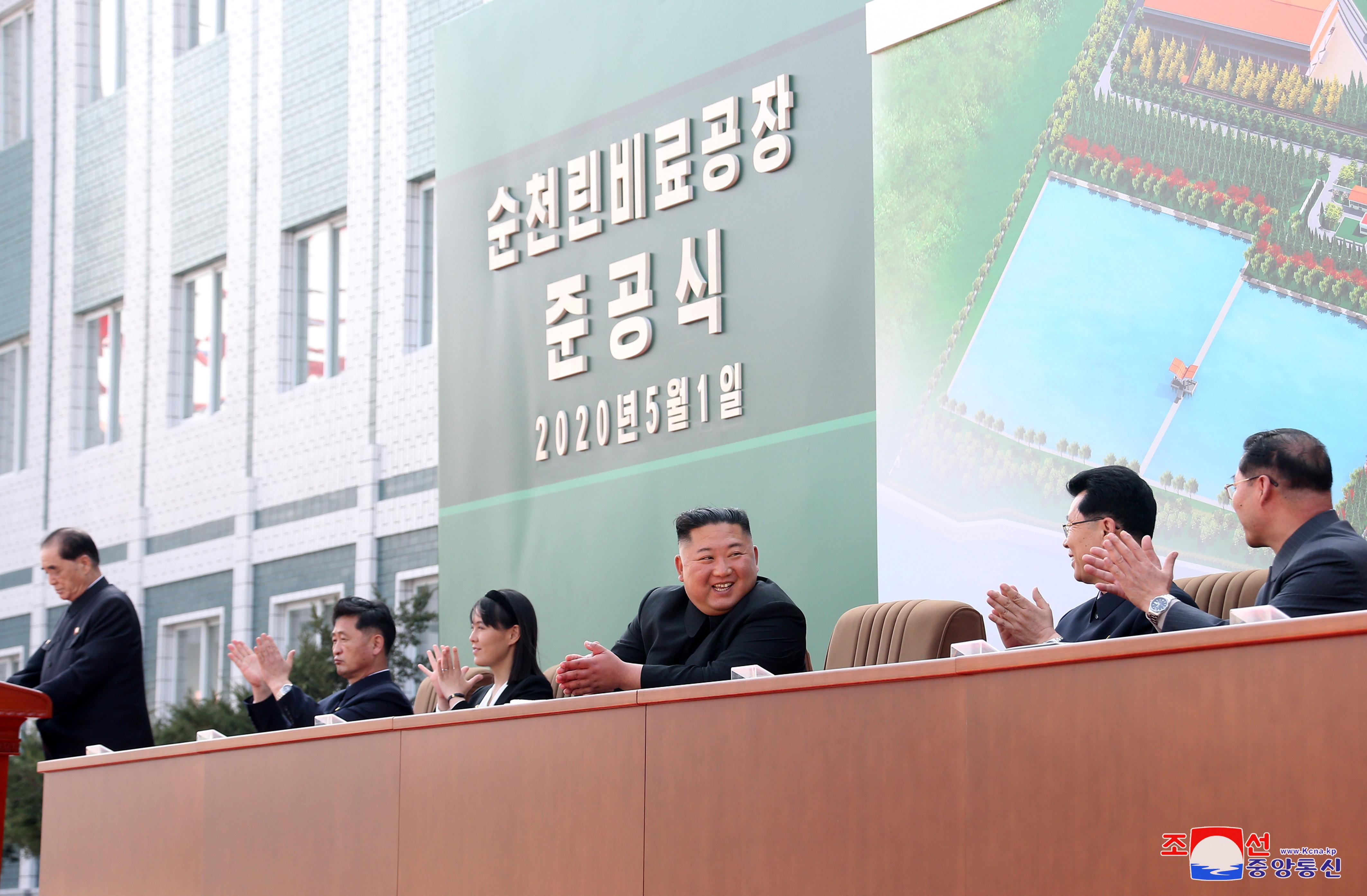 The rumours had, however, served to focus attention on North Korea’s succession plan, which “in a monarchical and cult-like dictatorship is filled with risk, and the absence of a designated adult heir compounds that risk many times over,” Russel said.

Earlier, a source familiar with U.S. intelligence analyses and reporting said that U.S. agencies believed that Kim Jong Un was not ill and remained very much in power.

“We think he’s still in charge,” the source said on condition of anonymity.

The source could not immediately confirm the KCNA report.

The State Department did not immediately respond to requests for comment.

South Korean Unification Minister Kim Yeon-chul, who oversees engagement with Pyongyang, said it was plausible Kim was absent as a precaution over the coronavirus pandemic, in view of the stringent steps taken to head off an outbreak in the country.

Harry Kazianis, senior director of Korean studies at the Center for the National Interest think tank in Washington, said this still could be the case. 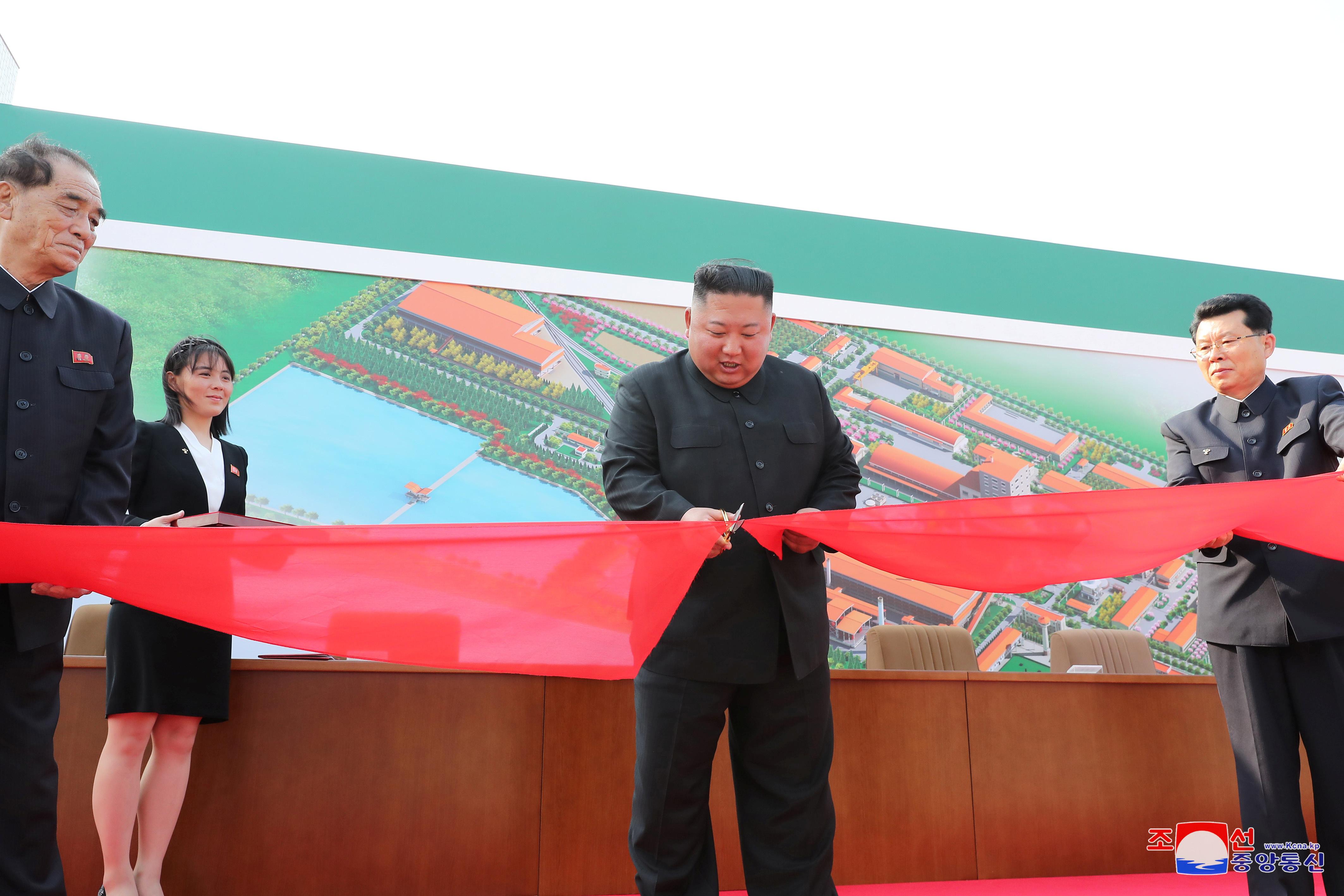 “The most likely explanation for Kim’s absence is with North Korea declaring the coronavirus pandemic an existential threat … he most likely was taking steps to ensure his health or may have been impacted in some way personally by the virus,” Kazianis said after the KCNA report.

In his appearance at the fertilizer factory, Kim expressed satisfaction about the production system and said the plant made a significant contribution to the progress of the country’s chemical industry and food production, KCNA said.