‘A man is much more than his worst mistake’: Final words of Alabama killer executed by lethal injection (after final meal of four pints of ice cream) for the brutal 1991 sword murder of a pastor

A man convicted of the sword-and-dagger murder of a pastor during a brutal robbery in the Christmas of 1991 was put to death by lethal injection in Alabama on Thursday after a final meal of four pints of ice cream.

The execution was carried out at Holman prison, where Price, who was 19 at the time of the murder, was pronounced dead at 7:31 p.m.

Convicted in the killing of Bill Lynn, a north Alabama pastor slain by a sword and knife just days before Christmas, Price released a statement of apology through his attorney before the execution.

‘A man is much more than his worst mistake,’ he said while strapped to a gurney moments before the drugs began flowing.

‘I am so terribly sorry to the victim and his family for my crime. Neither he nor his family deserved what I did. Nobody deserves that,’ he had said in the statement. 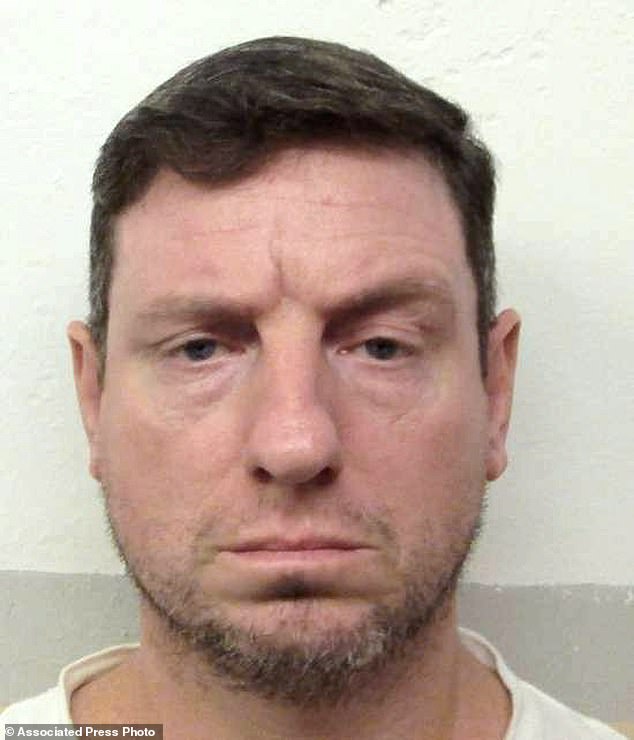 Gov. Kay Ivey issued a statement saying Price had to be punished.

‘Finally, the loved ones of Pastor Lynn can feel at ease knowing that justice has been administered. I pray that, after all these years later, his family can feel a sense of peace and comfort,’ she said.

Relatives of both Price and Lynn were among the witnesses as the inmate was put to death shortly after the U.S. Supreme Court rejected a final request for a stay.

The execution had been delayed by more than an hour while the state awaited the court’s decision, a prison official said.

Price lifted and lowered his head twice after the initial knockout drug began flowing, and his belly heaved five times. He didn’t respond when an officer tested for consciousness by flicking his eyelashes and punching an arm.

Bill Lynn was killed in a 1991 robbery while preparing Christmas gifts for his family, The Tuscaloosa News reports

The color soon began draining from his face as additional drugs flowed through an intravenous line, and the process was over within minutes.

A statement from Lynn’s family thanked friends and relatives for their support during a ‘long and difficult journey.’

‘We are praying to finally have peace,’ said the statement, read by a prison official.

Price sought a stay based on a challenge to the state’s method of using three drugs during lethal injections. The nation’s high court, by a 5-4 vote, refused to halt the execution Thursday night. The conservative majority did not give a reason for denying the stay.

Price had asked to instead die by nitrogen hypoxia, an execution method Alabama has legally authorized but not developed. His lawyers argued the method, which kills by depleting the body of oxygen, would be less painful than lethal injection.

Price was suing over Alabama’s execution practices, and the inmate’s attorneys contend the state rushed to execute him two weeks before the trial date. State attorneys argued that Price was bringing up previously decided issues at the last minute just to seek a delay.

The inmate was set to be executed last month but the state death warrant expired at midnight before a divided U.S. Supreme Court lifted a stay that blocked the lethal injection. The court subsequently released documents that showed its internal squabbling over the death penalty.

The Alabama Supreme Court then set a new execution date even though U.S. District Judge Kristi DuBose of Mobile had scheduled a trial set for June 10 to hear Price’s challenge to Alabama’s lethal injection process.

In a dissent Thursday, Justice Stephen Breyer wrote that the court should have delayed the execution until the trial could take place.

Prosecutors said Lynn was at his home, getting toys ready for his grandchildren, when the power was cut. Lynn went outside to check the fuse box when he was killed, according to court filings.

Lynn’s wife, Bessie Lynn, testified she was in an upstairs bedroom watching television when she heard a noise.

She said she looked out a window and saw a person dressed in black in a karate stance, holding a sword above her husband’s head.

Lynn, a minister at Natural Springs Church of Christ, had returned home with his wife from a church service before the slaying.

When Bessie Lynn went outside to help her husband she said the two men ordered her back in the house. She was struck three or four times with a nightstick, The Tuscaloosa News reports.

They then demanded money and any jewelry and weapons they had. Bessie survived but was left wounds to her head, hands and chest.

Price was arrested several days later in Chattanooga, Tennessee. He admitted participating in the robbery but blamed the actual killing on another man.

Kelvin Coleman pleaded guilty to murder and was sentenced to life in prison, while jurors convicted Price of capital murder and a judge sentenced him to death.

Earlier this month, Michael Brandon Samra was put to death by lethal injection for his capital murder conviction in a quadruple killing near Birmingham. His lawyers didn’t cite any complaints with the process following the execution.

Alabama executed one other inmate this year in February.