TIRANA (Reuters) – Voting in Albanian mayoral elections boycotted by opposition parties went off calmly amid low turnout on Sunday after Western countries warned against violence, although some abstainers taunted voters with songs and slogans from the communist past. 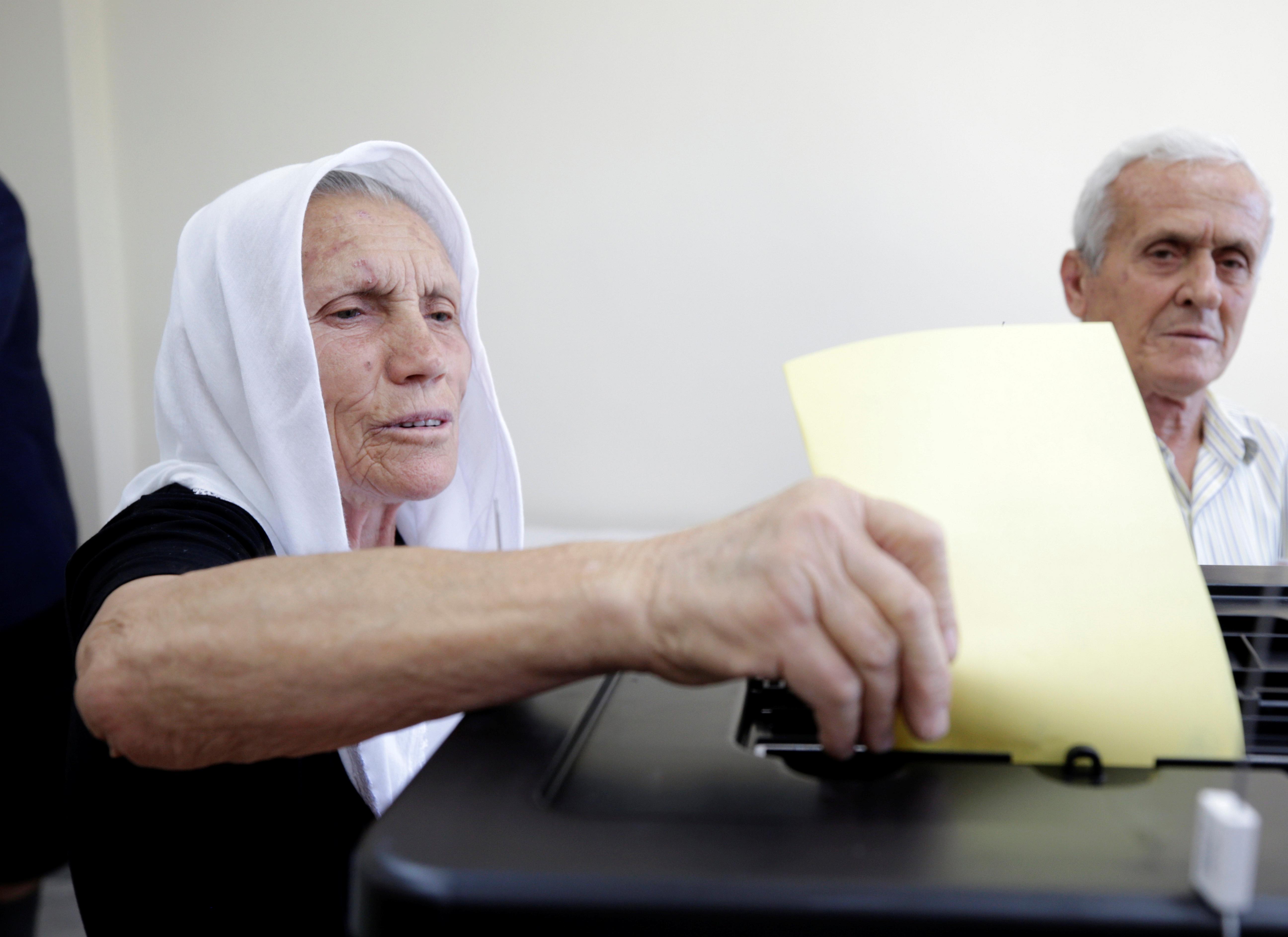 European political bodies and the United States had called on Albanian parties to avoid violence during the elections for mayors of 61 towns and cities, which President Ilir Meta had tried to stop because candidates from the ruling Socialist Party ran unopposed in half the races.

Prime Minister Edi Rama called it “a victory for a European Albania,” while opposition Democratic Party head Lulzim Basha said the very low turnout meant “the farce was rejected with an epic derision”.

Some 21.6 percent of eligible voters turned out, according to the Central Election Commission (CEC).”Today’s vote ended peacefully and generously for the Albanians, dragging away the threatening shadow of national anxiety, human insecurity, social turmoil and institutional chaos,” Rama told reporters and applauding supporters.

“The clear will of the Albanians today was to abandon the illegal one-party voting. This is the only will that matters for an election,” Basha said. “Change is coming soon”.

Mindful of Western warnings, Basha had urged his supporters not to fall prey to violence. They instead lampooned the elections by playing music in the streets and at voting centers, even ironically chanting the name of late dictator Enver Hoxha.

Socialist candidates ran unopposed in 31 races, while facing opponents in 24 contests from a newly formed splinter group from the Democratic Party.

The main opposition parties have also boycotted parliament since mid-February, accusing Rama of vote-buying and demanding he step down to pave the way for a snap national election, which he has refused to do.

The European Union, which will decide in the autumn whether to start accession talks with Tirana, has warned the country’s politicians that their quarrels could stand in the way of EU membership for Albania.

Rama offered to shake hands with Basha on a deal to solve the parliamentary crisis for the sake of helping the country get the green light for EU entry talks.

“If they want a deal for Albania, they shall have a deal. We can reach it with dialogue, without preconditions and with joint efforts to help the opening of negotiations to join the EU,” Rama said.