‘Do you think it is okay to stroke women’s faces when they are asleep?’ Alex Salmond is skewered by BBC’s Mishal Husain as his Alba Party launch is dogged by questions over conduct but he says ‘most significant thing is the verdict of the jury’

Alex Salmond today faced a brutal grilling over his past conduct by the BBC’s Mishal Husain as he said his ‘behaviour was tested as probably no behaviour has been tested before’.

The former Scottish first minister and leader of the new Alba Party was asked by Ms Husain: ‘Do you think it is okay to stroke women’s faces when they are asleep?’

But Mr Salmond said ‘the most significant thing is the verdict of the jury’ and ‘for most people in Scotland they think that these matters have been dealt with’.

He added: ‘The verdict is in, the jury has decided and fair minded people think that is fair enough.’

It came as Mr Salmond issued an independence warning to Boris Johnson as he suggested Scotland could hold a second vote on splitting from the UK even if the Prime Minister refuses to give it the green light.

Mr Salmond, who wants the Holyrood elections in May to result in a pro-independence supermajority in the Scottish Parliament, said there would be a ‘whole range of actions’ that could be taken if Mr Johnson tried to block a border poll. 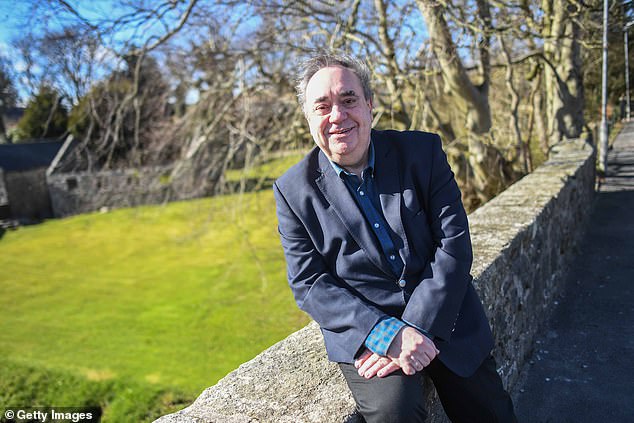 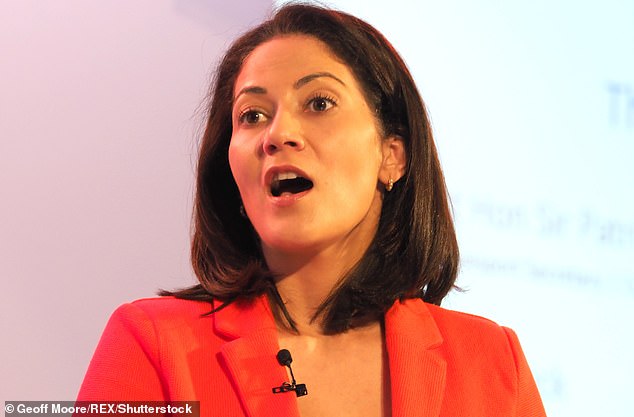 The former Scottish first minister and leader of the new Alba Party was asked by Ms Husain: ‘Do you think it is okay to stroke women’s faces when they are asleep?’

The former SNP leader last year faced 13 charges including one of attempted rape, one of intent to rape, nine charges of sexual assault and two of indecent assault.

He was cleared of all charges by a jury following an 11-day trial at the High Court in Edinburgh.

Ms Husain asked Mr Salmond this morning during an interview on BBC Radio 4’s Today programme if he had ‘reflected’ on elements of his conduct, with questions on the matter having largely dominated the launch of his new political party.

She said: ‘You did stroke a colleague’s face when she was asleep, didn’t you, and you did have the “sleepy cuddles”?’

Mr Salmond replied: ‘Most people in Scotland, after two court cases, a jury verdict, a majority of women on that jury incidentally, in front of a female judge, and three inquiries over the last three years, most fair minded people would accept a verdict of a jury.’

Ms Husain continued: ‘I was asking how you had reflected on the things that you admitted you had done on those aspects of your conduct?’

Mr Salmond replied: ‘Well, I am afraid that the case that we put forward at the trial which is now a year ago was that the accusations against me were part fabrication, part exaggeration…’

At this point Ms Husain interrupted and said: ‘But do you think it is okay to stroke women’s faces when they are asleep?’

Mr Salmond replied: ‘What I said and what I reflected on, the most significant thing is the verdict of the jury and as I say, fair minded people think that is very important and that is what we are saying in the case we put forward, put a case for Scottish independence on the political canvas.’

Ms Husain then said: ‘It wouldn’t be hard for you to say, Mr Salmond, would it, that I have reflected on those things, the things that you admitted to, and I realise they were wrong and I wouldn’t do them again.’

‘But what we are doing now is putting forward a case in the election. For most people in Scotland they think that these matters have been dealt with.

‘My behaviour was tested as probably no behaviour has been tested before in a trial of my peers in the high court, the judiciary in Scotland.

‘The verdict is in, the jury has decided and fair minded people think that is fair enough.’

Mr Salmond’s Alba Party is standing 32 candidates in the Holyrood elections in the hope of boosting the number of pro-independence MSPs.

The former first minister said this morning that securing a pro-independence supermajority in the Scottish Parliament would change the ‘power balance considerably’.

Mr Johnson has repeatedly said he will not allow a re-run of the 2014 independence referendum to take place, arguing the first vote was supposed to be a once in a generation event.

Asked what Holyrood could do if Mr Johnson digs in on the issue, Mr Salmond said: ‘Well, there is a whole range of actions that you can take under these circumstances.

Asked how the Alba Party could work with the SNP on independence given the recent bitter row between him and Nicola Sturgeon, Mr Salmond said: ‘Frankly, the cause of independence is much, much bigger than personalities.

‘It is a noble cause, a huge cause for Scotland and everybody through history but now has to put aside personal differences and work for that national interest and certainly that is what the Alba party will be doing.’