Home » World News » All about that base: Daredevil throws himself off Scafell Pike

All about that base: Daredevil throws himself off Scafell Pike

All about that base: Daredevil parachutist throws himself off England’s highest mountain Scafell Pike before descending safely to ground in base jumping first

Shocking video shows the moment a team carries out a BASE jump from the highest point in Cumbria.

In the video, the man carefully positions himself on the edge of famous Scafell Pike before expertly navigating his way through the Lake District skies using his parachute.

The footage was captured by the team at Mountain Man Base who are a community of extreme sport professionals pioneering new jump locations all over the UK.

They use the word ‘exit’ to describe a place where they are able to leap into the descent.

A member of the team said: ‘Discovering new exits is challenging but very exciting also. 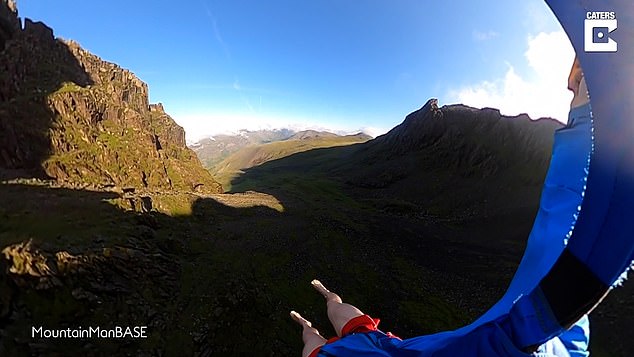 The man carefully BASE jumped from the famous Scafell Pike, which is 3,210 feet (978m) high 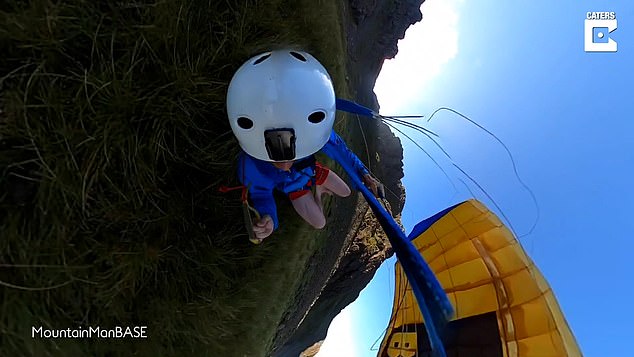 The footage was captured by the team at Mountain Man Base, extreme sports enthusiasts 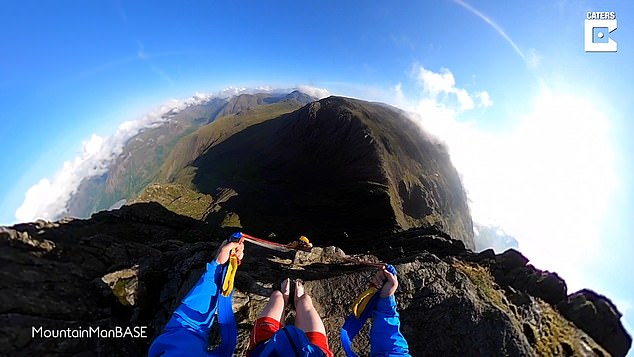 ‘The only way of really finding a new exit is to stick a rig on your back and go out exploring in cliff like areas.

‘Roughly three years ago we found the highest exit in England and that is from Scafell Pike itself.

‘We then were able to establish several other exits within close vicinity.

‘A roll over BASE jump is when you have an unpacked parachute dangling below, you then have to roll over the canopy itself so it inflated properly. 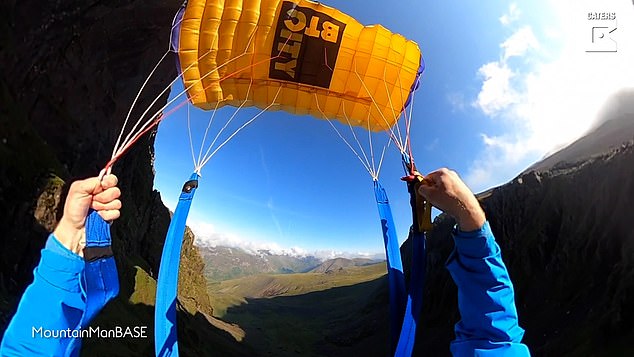 One of the team said of the jump ‘Discovering new exits is challenging but very exciting also.’ 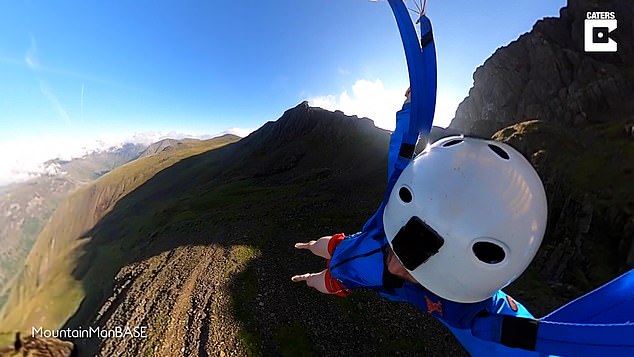 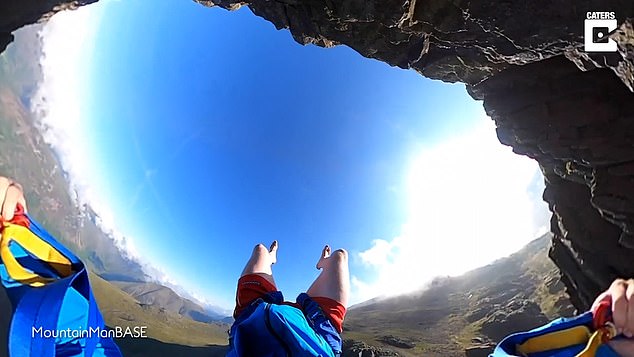 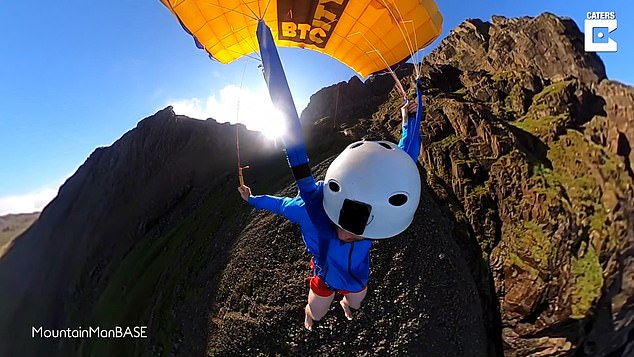 BASE jumping is the recreational sport of leaping from fixed objects, to land by parachute

‘It’s not often the wind conditions are perfect up Scafell Pike, but when we decided to go for it, the forecast looked spectacular with very little wind which is much needed when doing this sort of jump.

‘We have performed these stunts in the past so we understand how to focus on the task without being crippled by fear.’

BASE jumping is the recreational sport of leaping from fixed objects, using a parachute to descend safely to the ground.

It is an acronym that stands for four categories of fixed objects that you can jump from: building, antenna, span, and earth.