A man described by U.S. prosecutors as a neo-Nazi and white supremacist pleaded guilty on Thursday to a hate crime for plotting to bomb a historic Colorado synagogue last year.

Richard Holzer, 28, pleaded guilty to attempting to stop people from exercising their religion with an explosive or fire and attempting to destroy a building used in interstate commerce in a plea deal with prosecutors.

While each of the two crimes carries a maximum penalty of up to 20 years in prison, prosecutors in return promised not to ask a judge to impose a sentence of more than 20 years when Holzer is sentenced Jan. 21.

Holzer was arrested Nov. 1, 2019 after receiving phony pipe bombs and dynamite from undercover FBI agents he had been meeting with. 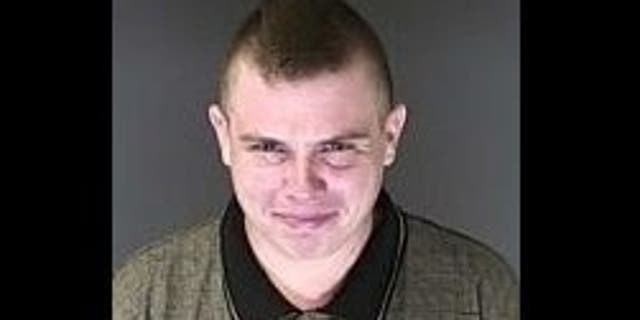 One agent posing as a white supremacist had reached out to him online after seeing Holzer’s social media posts promoting white supremacy and violence, according to the facts agreed to by both sides as part of the plea deal.

As he accepted the fake explosives hours before he planned to use them at Pueblo’s Temple Emanuel synagogue, Holzer, displaying a Nazi armband and carrying a copy of “Mein Kampf” in his backpack, the plea deal said.

Holzer also allegedly thanked the agents for their efforts and called the planned attack a “move for our race”, the document said.

After his arrest, Holzer told police that he did not plan to hurt anyone by bombing the synagogue in the middle of the night, but acknowledged he would have gone ahead with his plan if the building had been occupied because anyone there would be Jewish, the plea deal document said.

The Temple Emanuel is the second oldest synagogue in Colorado. It was built in 1900 largely by descendants of immigrants from central and eastern Europe.

In a statement about the deal, Colorado U.S. Attorney Jason Dunn called the law enforcement effort on the case “the most important work that we can do – protecting our communities by stopping an attack before it occurred.”

Holzer’s guilty plea is a reminder that hate crimes will not be tolerated in the state, Scott Levin, the director of the Anti-Defamation League Mountain States Region said.

“Hate crimes damage the social fabric of our society and fragment communities. It is critical that those who seek to harm others because of their religion, race, national origin, sexual orientation or any other defining characteristic, be held accountable for their crimes,” he said.

According to the league, the number of anti-Semitic incidents reported in Colorado increased 56% from 2018 to 2019.