America’s first IVF baby turns 40: Elizabeth Carr is now mother herself to son, 11, conceived naturally and says she always carried the responsibility of being ‘spokesbaby’ for the treatment

America’s first ever IVF baby says she will always be an advocate for alternative fertility treatments as she turns 40 today.

Elizabeth Jordon Carr, was delivered on December 28, 1981, at Norfolk General Hospital in Virginia to Judith Carr, a 28-year-old schoolteacher whose fallopian tubes had been removed as a result of previous failed pregnancies, and her engineer husband Roger, 30.

She was the fifteenth baby in the world to be created via IVF but the first in the US, with Louise Brown in the UK the first person born thanks to the treatment in 1978. 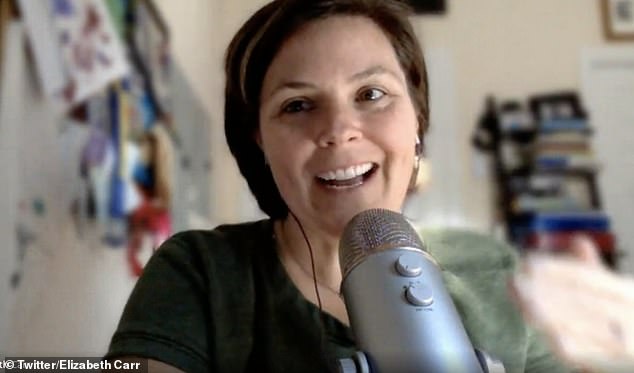 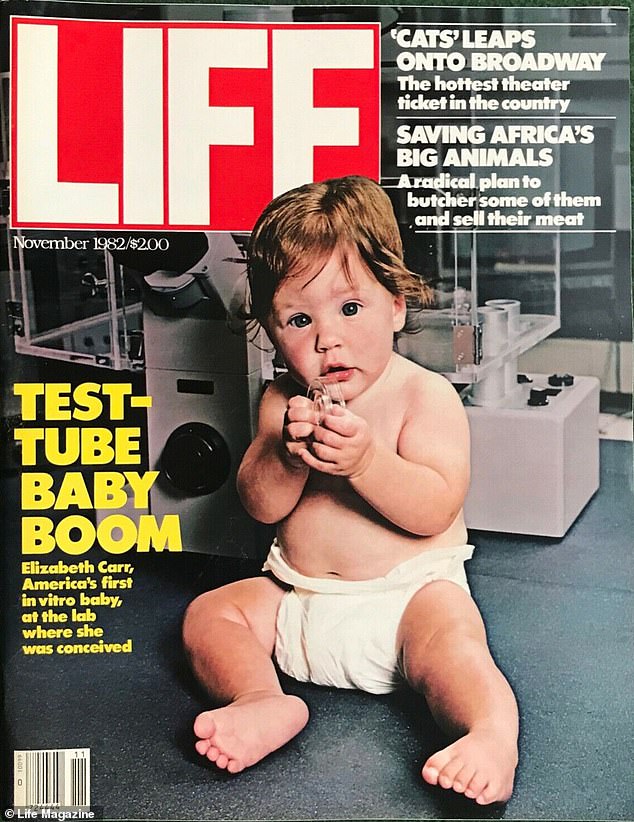 She was delivered on December 28, 1981, at Norfolk General Hospital in Virginia and grew up in the public eye

An estimated eight million babies have now been born through IVF.

Ms Carr, who is now a mother herself to an 11-year-old son who was conceived naturally, said it took a long time to adjust to the media attention growing up, being the face of the then-controversial treatment in the US.

She told The New York Post ahead of her 40th birthday: ‘There were definitely people who had terrible things to say – and still do – even as far as we’ve come.

‘I was always aware that I was the spokesbaby and so I needed to behave properly, be articulate, be able to communicate effectively. I couldn’t just be a rebel and a jerk. I knew that people would look at anything I did.’

At the time, there were many ethical concerns about IVF with little known about the pioneering new treatment.

Louise’s mother Judy, who had three ectopic pregnancies in which the fertilized egg grew outside her uterus, had suffered three miscarriages. 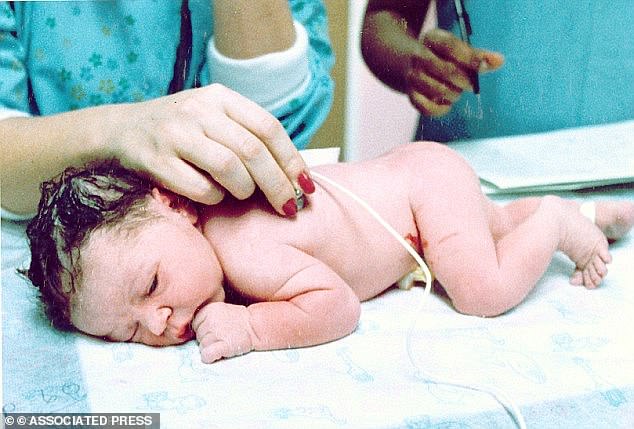 Her doctor knew little about IVF but had seen a flyer at a medical conference and suggested she look into it.

Howard and Georgeanna Jones, a husband and wife medical team, had founded a fertility clinic at the Eastern Virginia Medical School, and Louise’s parents flew from Massachusetts where procedure was illegal, to the center.

She estimates her parents spent $5,000 in hospital bills.

Just hours after her birth, media organizations were trying to interview her parents and they initially refused, before deciding to go public to raise awareness of the new procedure.

But life in the public eye proved challenging for Louise who grew up knowing she would be a figurehead for IVF treatment. 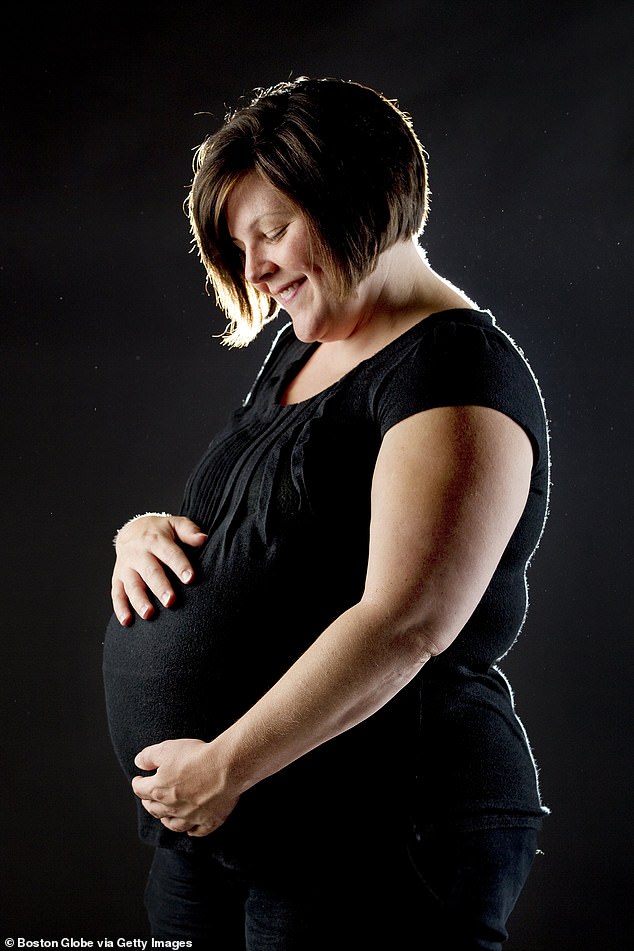 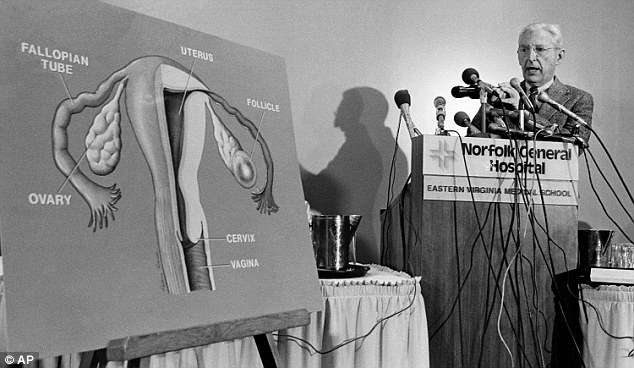 Her parents never tried for another child and Louise decided to go into health journalism, considering herself a fertility patient advocate.

Her son Trevor was born with her first husband in 2010 and was conceived naturally without any issues. She has since remarried.

But she acknowledged having concerns about the pregnancy at the time, saying: ‘I was aware, just because of my mother’s history, that at any point something could go wrong.’

Thanks to her birth, Louise’s baptismal gown is on display at the Smithsonian Institute and she addressed the UN aged 19.

She has a forthcoming book titled Under the Microscope: The USA’s First IVF Baby, to be released on January 7. 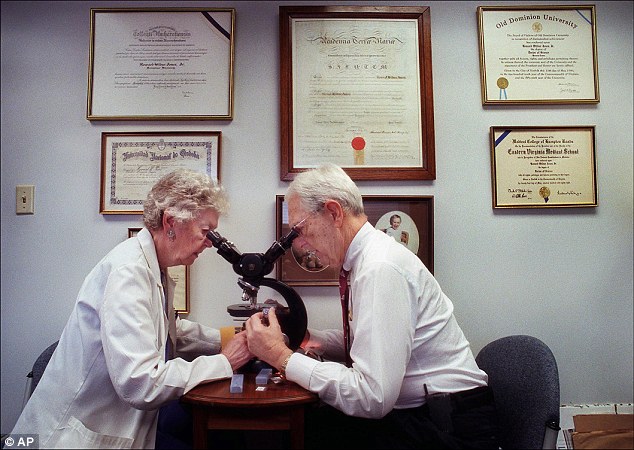 Dr Georgeanna and Dr Howard Jones pose for a photo in 1998. Howard carried on working until shortly before his death at the age of 104 in 2015. His wife died in 2005 from Alzheimer’s disease

The mother-of-one said: ‘I want people to get an inside look of who I really am … “Elizabeth Carr, first IVF baby” is not the full story or picture of who I am as a human being.’

While her mother, now 68, will celebrate the book with her, her father died in June this year.

Louise said at the time he still called her on her birthday every year, adding: ‘You can’t begin to thank the person who brought you into the world. 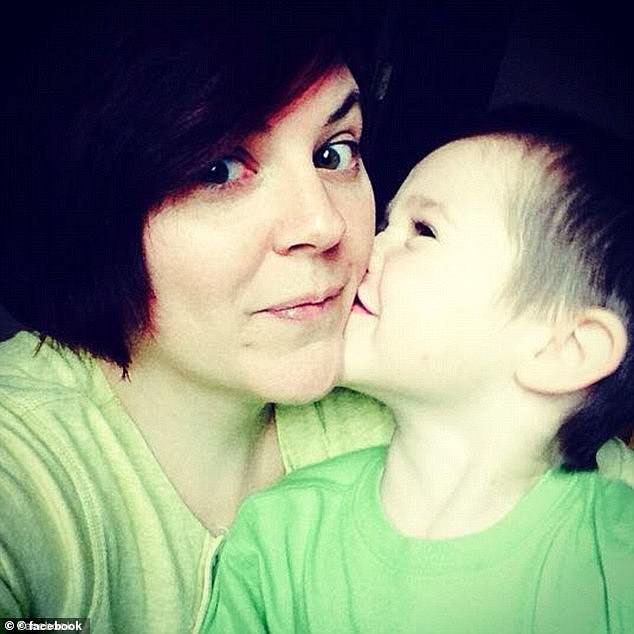 ‘Beyond being a great scientist, he went to work every day and he loved it. He was so driven. He was at his desk editing his book. He was still going to work. That’s why he was so successful.’

Jones and his wife worked with Robert G. Edwards, who helped pioneer the research that led to the birth of Louise Brown.

Edwards had visited the University School of Medicine in Baltimore in the 1960s, where the couple were on the faculty.

Edwards credited his time with the couple as critical to his success with IVF, in which an egg is fertilized by sperm in a lab dish, then transferred into the womb.