Sir Keir Starmer is accused of ‘signing his political suicide note’ as Angela Rayner says: I’d be a better PM than Boris Johnson

Sir Keir Starmer was accused of ‘signing his political suicide note’ yesterday over controversial changes to lock out the Left and prevent a ‘Corbyn Mark Two’ in future leadership contests.

The Labour leader faced claims that he would now be open to a ‘coup from the Right’ if the leadership rules are agreed by the party’s conference today.

The threat, on the opening day of the party rally in Brighton, emerged as Sir Keir’s deputy, Angela Rayner, openly positioned herself as a future leader.

Ms Rayner, who defied Sir Keir’s attempt to demote her in May, publicly pledged to work to get Sir Keir into Downing Street. 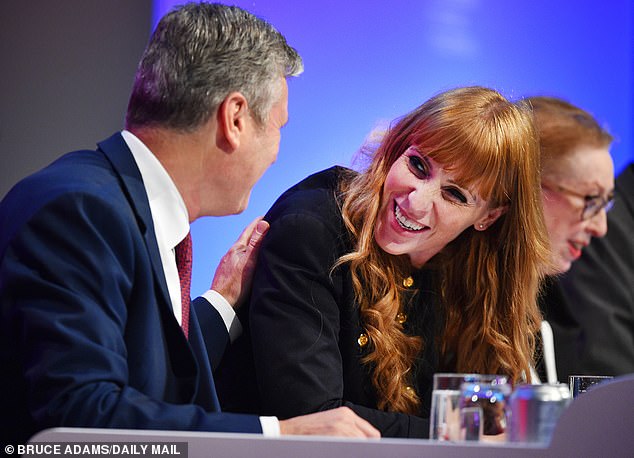 But she also made clear her ambitions, declaring that women in positions of power ‘shouldn’t just say no’ to going for the top jobs. And Ms Rayner, 41, boasted: ‘If Boris Johnson can bluster his way as PM, I know for an absolute certainty I can do a lot better than that.’

Earlier, she used a newspaper interview to speak movingly of her youth on a council estate in Stockport, Greater Manchester, and the difficult relationship she had with her ‘unloving’ parents.

Ms Rayner, who became a grandmother at the age of 37, spoke of how she feels she ‘can’t be loved because I never have been’. The deputy leader described a home without affection where her bi-polar mother said she ‘could only love one person at a time’ – and that was Ms Rayner’s father.

She said there were no hugs and kisses at bedtime, instead she would try to ‘get under the blanket as quickly as possible’ and put fears about monsters in the room at the back of her mind. Ms Rayner, who sports a Labour red rose tattoo on her calf, was given a rousing reception at the conference yesterday after vowing to ‘stamp out Tory sleaze’.

The Labour conference opened yesterday after a week of chaos over Sir Keir’s plans to scrap the party’s one-member, one-vote system of electing party leaders in the face of staunch opposition from Unite and other big trade unions.

In a humiliating climbdown yesterday, Sir Keir was forced to drop that plan but won backing for a raft of other rule changes – including raising the threshold for MPs to nominate a leadership candidate from 10 to 20 per cent. 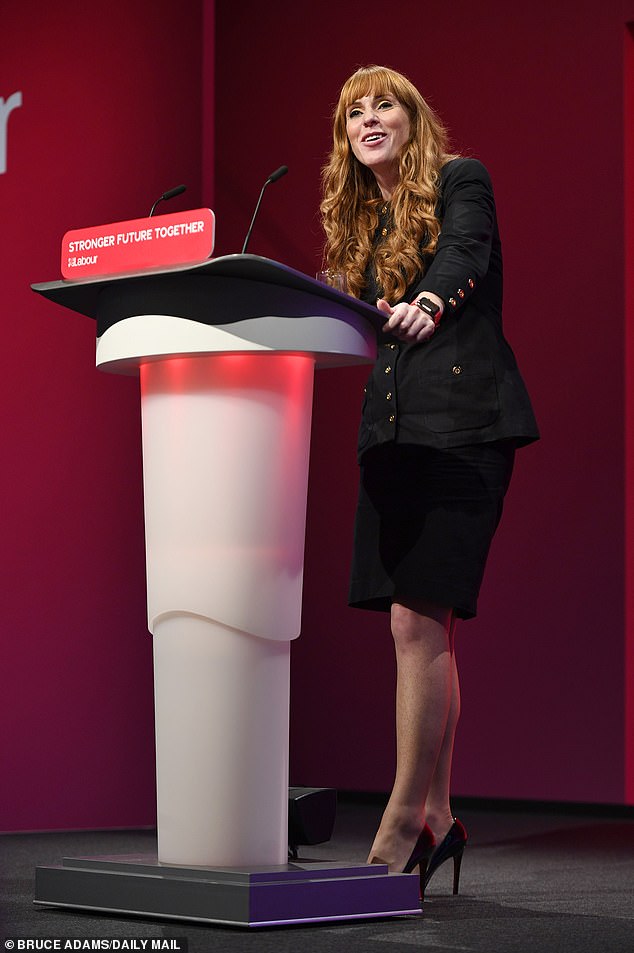 Ms Rayner, who defied Sir Keir’s attempt to demote her in May, publicly pledged to work to get Sir Keir into Downing Stree

The changes, to be voted on by the full conference today, were hailed last night by Starmer allies for ‘locking out the Left’ from future leadership contests.

They said Left-wing MPs would never marshal the 40 or so colleagues necessary at Westminster to get a ‘Corbyn Mark Two’ on to the ballot paper.

‘It means that the Jeremy Corbyn nightmare can never be repeated,’ one said.

But those allies also admitted that without the threat of a ‘loony Left’ candidate getting on to the ballot paper, Sir Keir was no longer safe from a ‘coup from the Right’ if he failed to get Labour consistently ahead of the Tories in the polls.

One said: ‘Fear of letting in another Corbyn was one of the main things holding back the Right of the party, meaning they will now be free to challenge Keir if he doesn’t start improving before the next Election.

‘If he gets the changes through today, Sir Keir may just be signing his political suicide note.’

Sir Keir also faced a broadside from Mr Corbyn for ‘stitching up the rules for future leadership elections to prevent the Labour Party truly standing for the many, not the few’. 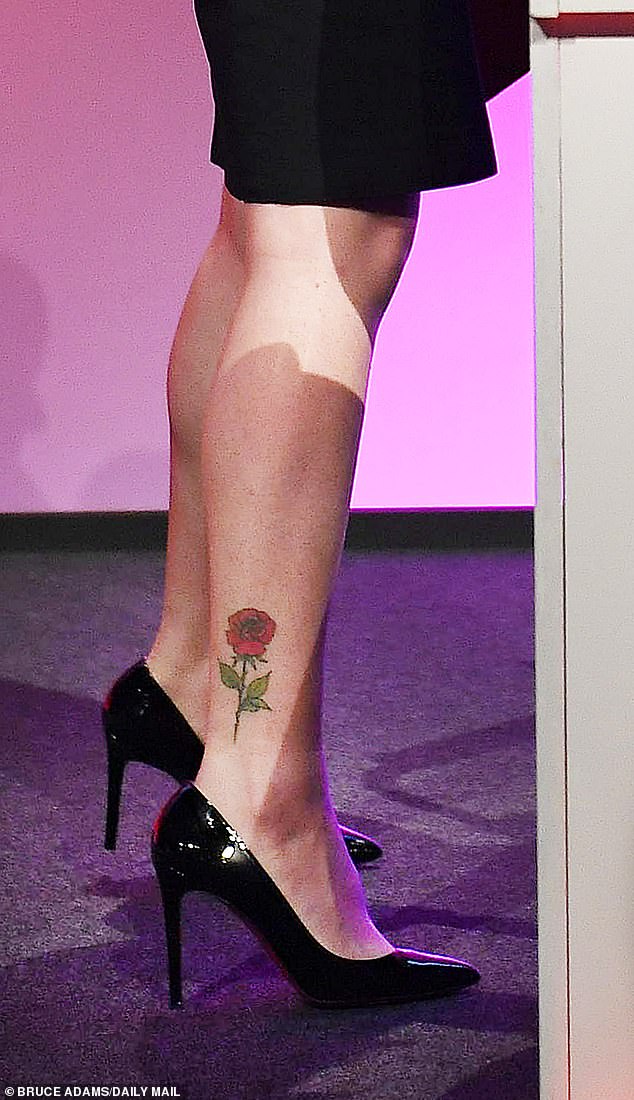 Ms Rayner, who sports a Labour red rose tattoo on her calf, was given a rousing reception at the conference yesterday after vowing to ‘stamp out Tory sleaze’

Mr Corbyn, barred from sitting as a Labour MP for downplaying the party’s problems with anti-semitism, added: ‘We were promised effective opposition, but instead the Tories have been given a free pass time and again.’ Yesterday, some party insiders privately predicted that Sir Keir’s first conference as leader will be his last unless he revives the party’s dire rating in the opinion polls.

MPs in the ‘Red Wall’ of the North and the Midlands have spoken of their ‘despair’ that North London MP and barrister Sir Keir has failed to cut through with voters who deserted Labour for the Tories in 2019.

That anxiety has fuelled suggestions that the party’s Right will capitalise on the leadership rule changes to replace Sir Keir with their own candidate before the next Election – with some MPs touting the credentials of high- flying Shadow Cabinet Minister Wes Streeting.

However, others say Ms Rayner would attract broader support from both the party’s Right and Left.

But Sir Keir hailed the leadership rule reforms last night, saying: ‘These proposals put us in a better position to win the next General Election’ and urging conference delegates to back them today.