Archdeacon, 86, jailed for sexually abusing teenage boy in the 1970s

Archdeacon, 86, is jailed for 21 months for sexually abusing teenage boy in the 1970s – the third time he has been put behind bars

A former archdeacon has been jailed for 21 months for sexually abusing a teenage boy in the 1970s.

This is the third time that the retired Archdeacon of Auckland has been convicted of historic sex abuse on a teenager.

George Granville Gibson, 86, was jailed at Durham Crown Court for 21 months for two counts of indecent assault on a youth aged 17 or 18 in the 1970s.

Gibson denied the offences but was convicted of rubbing himself against his victim in a church hall and at a party, leaving the teenager feeling embarrassed and humiliated. 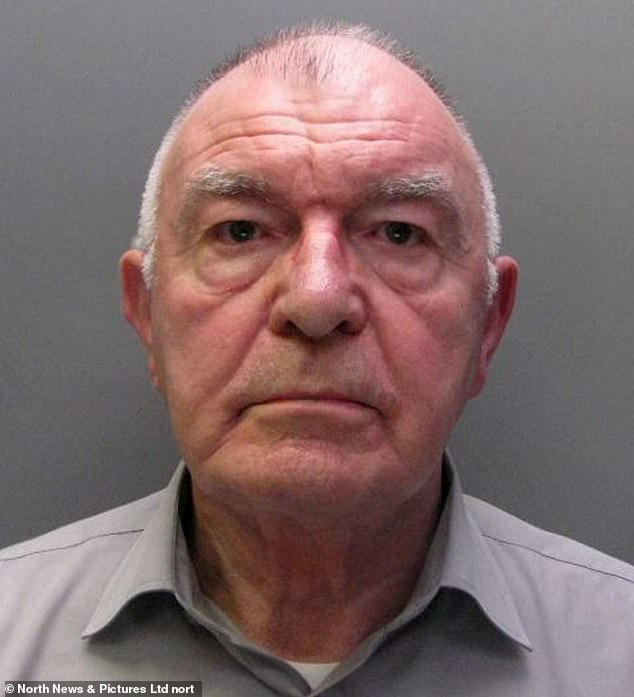 George Granville Gibson, 86, was jailed at Durham Crown Court for 21 months for two counts of indecent assault on a youth aged 17 or 18 in the 1970s

He came forward to police after seeing media reports detailing Gibson’s first trial for historic abuse in 2016, when he was jailed for 12 months for indecently assaulting two men in the 1970s.

The disgraced senior clergyman, of Wesley Park, Darlington, was also convicted in 2019 and was handed a further 10 months for indecently assaulting a teenager, again in the 1970s.

Judge James Adkin, sitting at Durham Crown Court, told the defendant his offending was aggravated as it was an abuse of trust.

Only an immediate custodial sentence could be imposed, despite Gibson’s age and the fact he had been undergoing chemotherapy for cancer, the judge said.

‘Hubristic sex offenders in a position of authority must know that they will be sent to prison if they abuse children in that community,’ the judge said.

Rob Mochrie, defending, said the police first interviewed the victim before Gibson’s second trial in 2019, and he argued these offences could have been added to that case.

But Gibson could have avoided this latest prosecution by admitting what he did to this latest victim at either of his previous trials, the judge said.

‘This was a pattern of offending,’ the defendant was told.

‘You committed offences against young men who you encountered during your role as vicar.’ 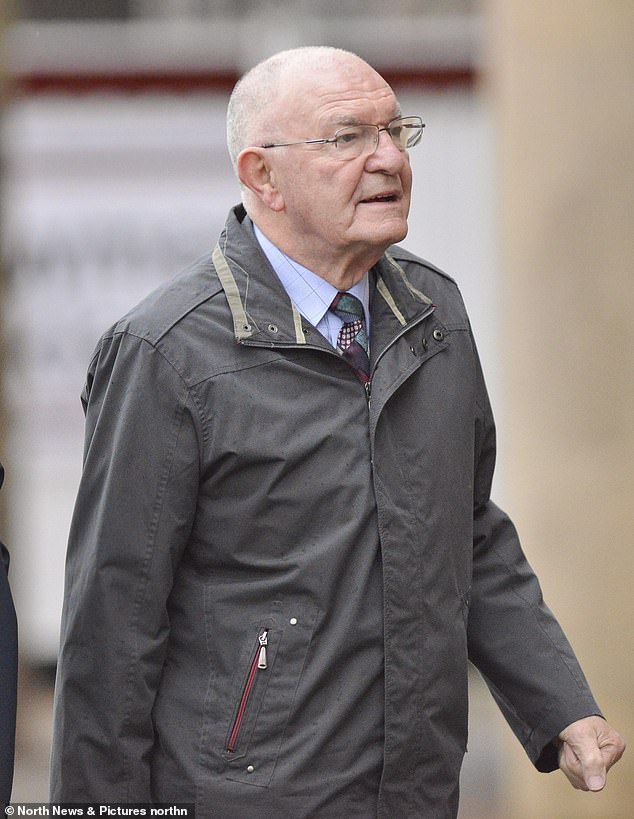 Gibson denied the offences but was convicted of rubbing himself against his victim in a church hall and at a party, leaving the teenager feeling embarrassed and humiliated

The victim suffered psychological harm as a result of what happened to him more than 40 years ago, and it had caused problems in his relationship, and he had undergone counselling.

The judge told Gibson: ‘You were, of course, a highly esteemed member of the community – he was a teenager and considered himself, in his words, a nobody.’

A previous independent review by the church authorities into Gibson’s offending, found that complaints about his behaviour were dismissed as ‘drunkenness’ at the time.

He was found to have been arrogant about his senior position in the Church of England, the review found.

All of his offending involved young men, some classed as, ‘vulnerable’, who Gibson came across in his role in parishes across the Durham diocese, in the late 1970s and early 1980s.

The latest victim had told the court he did not consent to any of the unwanted touching and was ‘shocked’ but did not consider reporting it at the time as he felt he would never be believed.

The victim told the court it all came back to him when he read of Gibson’s 2016 conviction in a newspaper, and later, after he read of the allegations being brought that resulted in the second trial, in 2019.

When arrested, Gibson said he could not recall the victim and denied the allegations, claiming he had no sexual interest in men at the time.

He said there came a period, in about the mid-1980s, when he was, ‘all mixed up’ as to his sexuality, but he denied having behaved as ‘a predatory sex offender’.