Home » World News » Arkansas, Delaware and Wisconsin are the latest states to expand vaccinations to all adults by next week.

Arkansas, Delaware and Wisconsin are the latest states to expand vaccinations to all adults by next week. 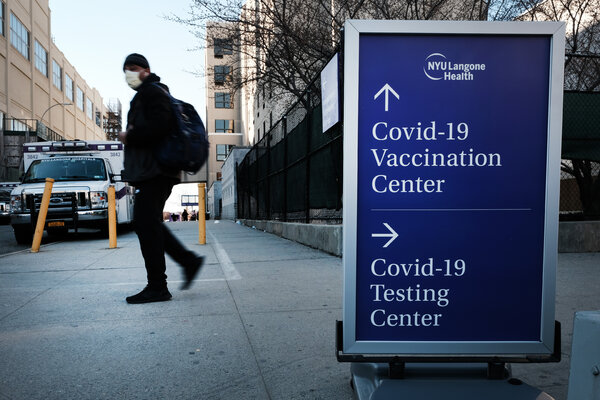 Gov. Asa Hutchinson of Arkansas, Republican, said residents 16 years and older would be eligible to be vaccinated as of Tuesday and lifted the state’s mask requirements, despite an urgent call from President Biden the day before for states to keep or reimpose mask mandates, even as vaccinations increase.

Ending the mask mandate in Arkansas was “appropriate” Mr. Hutchinson said, who said that new virus cases and hospitalizations had decreased across the state. While there will no longer be a mandate, Mr. Hutchinson still urged people to continue to wear masks. “It’s important to be courteous to others and to be mindful that we need to protect ourselves and others,” he said at a news conference on Tuesday.

In Arkansas and other states, cases and hospitalizations have been declining. But the number of new virus cases has been slowly mounting across the country, including in Delaware and Wisconsin. This is adding pressure to getting more Americans vaccinated before worrisome variants spread into a possible fourth surge. In what they see as a race against time, federal health officials have been asking states not to lift restrictions prematurely.

“Don’t let the Covid-19 fatigue get the best of you when we are this close to the finish line,” Gov. Tony Evers of Wisconsin, a Democrat, said at a news conference on Tuesday. “With eligibility opening up to all Wisconsinites next week and especially with the holiday weekend upon us, we need folks to be as diligent as ever.”

After weeks of decline earlier this year, followed by a plateau, new virus cases are rising again, with a nearly 19 percent rise on Monday compared with the number of cases two weeks earlier, according to a New York Times database.