Home » World News » Artists, artisans unite in bid to save the ‘heart of Melbourne’

Artists, artisans unite in bid to save the ‘heart of Melbourne’

When handweaver Mary Burgess moved in to a studio in the Nicholas Building seven years ago, it felt like a gift.

Yes, from her fifth floor window there is a stunning view of Flinders Street station, but it was the feeling of being in an artists’ village that won her over. 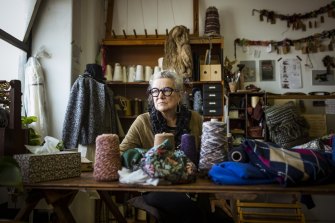 Under the brand Woven Memories, Ms Burgess weaves thread from the clothes of clients’ deceased loved ones into items such as bedspreads.

Unusual, yes, but it fits in with the many bespoke practitioners — she terms it “people who follow a unique passion” — in the heritage-listed Nicholas Building, built in 1926, where 110 studios sprawl over 10 floors.

″⁣To be part of a creative community like this just feels such a privilege,″⁣ Ms Burgess said. 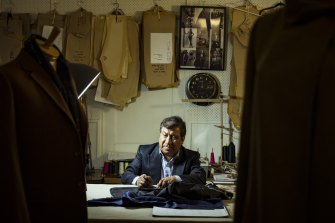 ‘Its the heart of the city’: exclusive tailor Jose Zarpan loves working in the Nicholas Building.Credit:Chris Hopkins

But a shudder went though the place with news last week that the building, owned by four Toorak family groups since 1973, was up for sale.

It is calling for investors to help retain the building’s affordable artist studios, and stave off their possible conversion into apartments and hotel rooms. 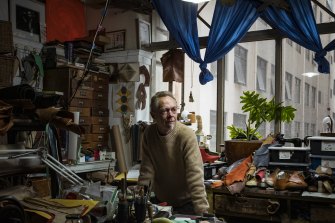 Shoemaker Brendan Dwyer has had a Nicholas Building studio for 28 years.Credit:Chris Hopkins

Association president and artist Dario Vacirca said ″⁣we want to stand up and lead the direction, to drive the future of the building″⁣.

Donations and petition signatures will be sought via the Association’s website, www.nicholasbuilding.org.au

Mr Vacirca said ideal scenarios could include “the building being purchased by government, philanthropists or friendly investors”, who would “ensure that we, the artistic community, are enshrined in the building”.

A business plan funded by the City of Melbourne is being developed to operate a social enterprise with an annual arts program and permanent event space and bar to subsidise affordable rents for ‘creatives’ to remain in the building. 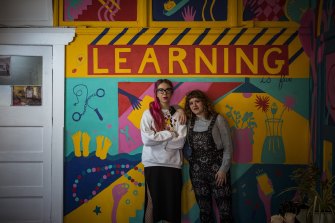 Fourth floor exclusive tailor Jose Zarpan is nervous about what new owners may do, and finds the prospect of leaving ″⁣very sad″⁣.

″⁣It’s special, I feel that it’s my place,″⁣ he said. His showroom is adorned with mannequins, bolts of cloth, vintage magazines and touches from his homeland such as a Peruvian flag.

Mr Zarpan loves working amid other artists. ″⁣This is the reason why I moved here; this building is for making art. I am a bespoke tailor.

“I make suits, coats, skirts, dresses, by order. All by hand.”

Mr Zarpan feels that if artists have to leave, “the heart of Melbourne will come out because this building is really the heart of the city”.

Third floor shoemaker Brendan Dwyer, whose clients have included actors Russell Crowe and Rachel Griffiths, said he was “slightly perturbed” by news of the sale, “but what can you do”?

He said it was ″⁣the nature of real estate″⁣ for developers to pursue hot property. He moved here in 1993, after his previous workplace, the 1920s Majorca Building was turned into apartments.

Maria Yebra, general manager of Laneway Learning, which offers cheap community classes, said her organisation’s last home, in a CBD jazz club, was demolished to make way for a skyscraper.

The Nicholas is an amazing place and should be preserved, she said. “Everybody is very community orientated and we care a lot about each other. We know each other’s names,” Ms Yebra said.

″⁣I would be really sad if it becomes just apartments or a hotel — I think there’s an abundance of those in Melbourne.

″⁣But the creative spaces where people can really experiment with their art and their work — there’s not that many of those.″⁣

“We pride ourselves on being a creative city, and the Nicholas Building, and the vertical village inside it, is one of our greatest assets,” Mr Ambrose said.