HAITIAN President Jovenel Moïse was "riddled with 12 bullets" during an armed assault om his family home, an official has said.

The former head of state was found laying on his back with 12 large wounds and one eye "gouged out", local magistrate Carl Henry Destin told local media.

🔵 Read our Haiti President assassination blog for the latest updates 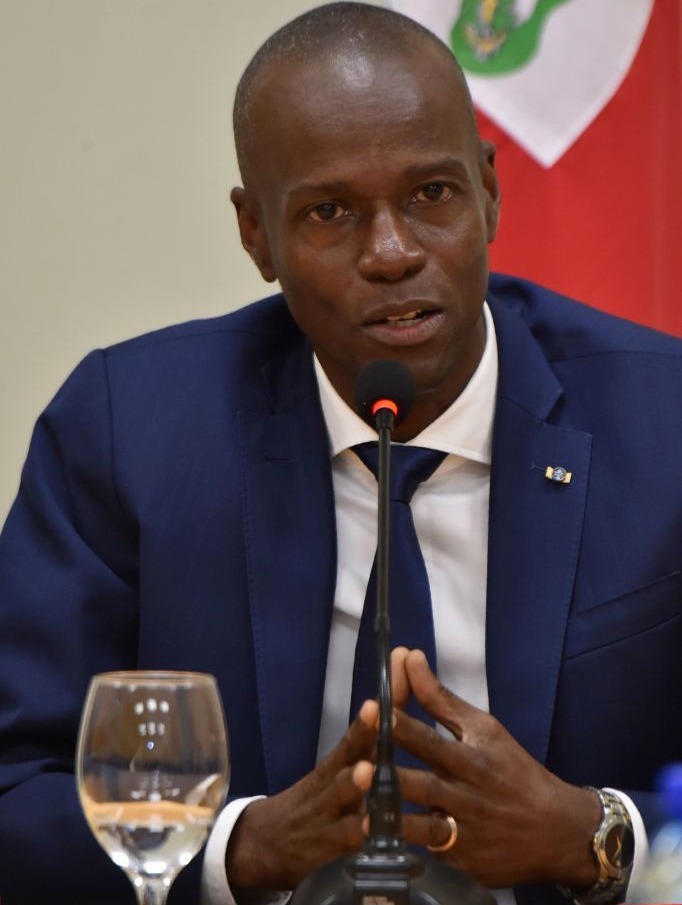 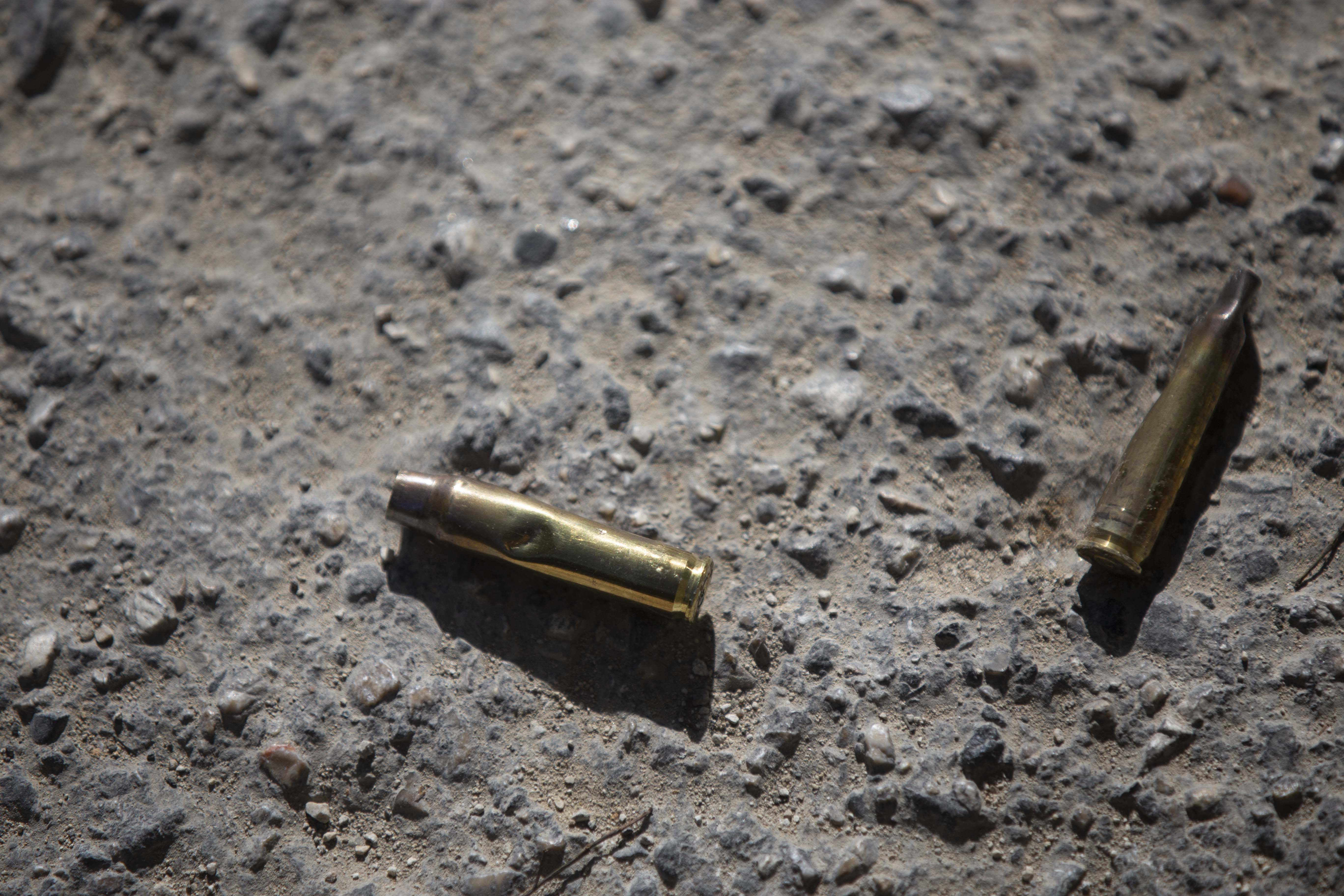 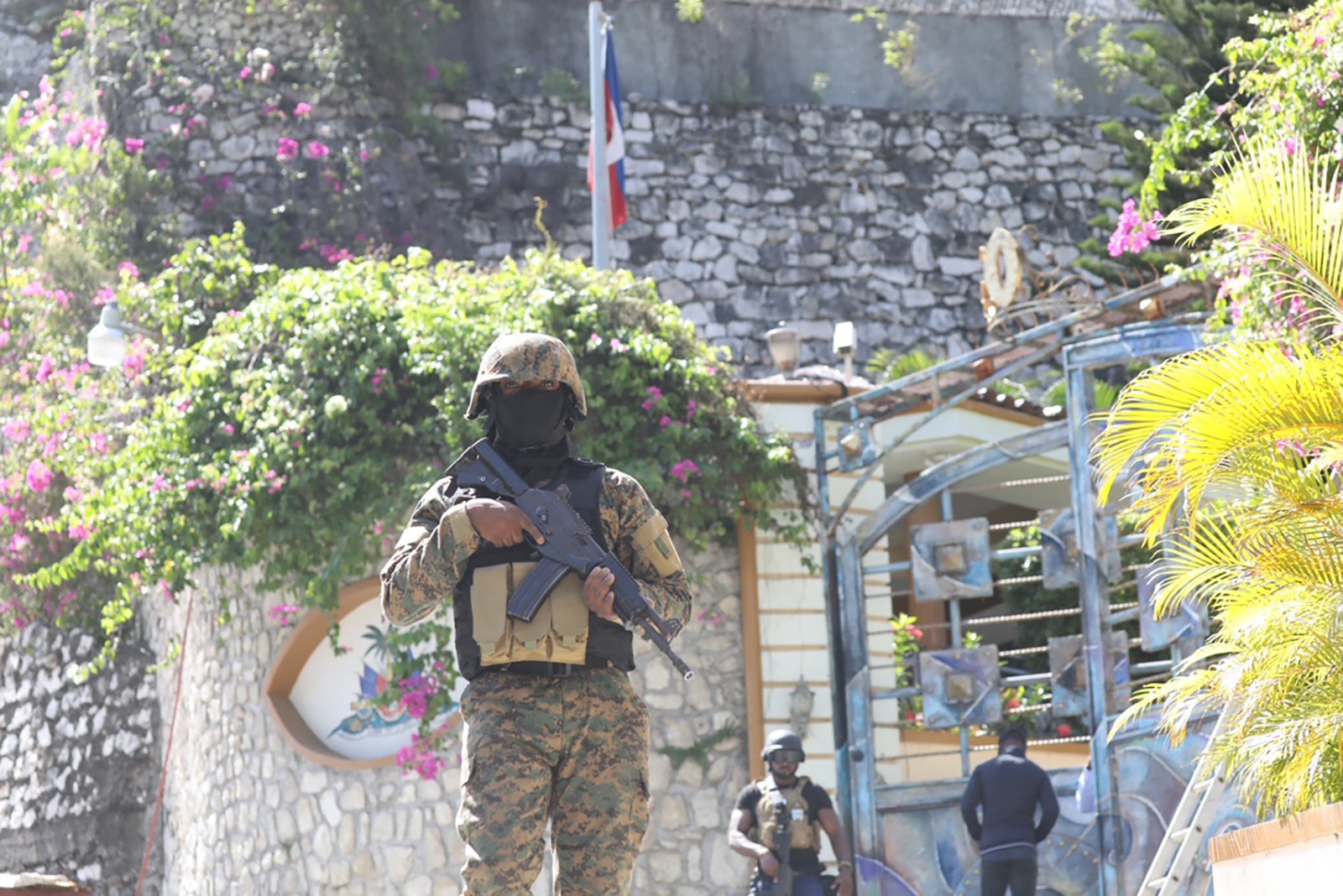 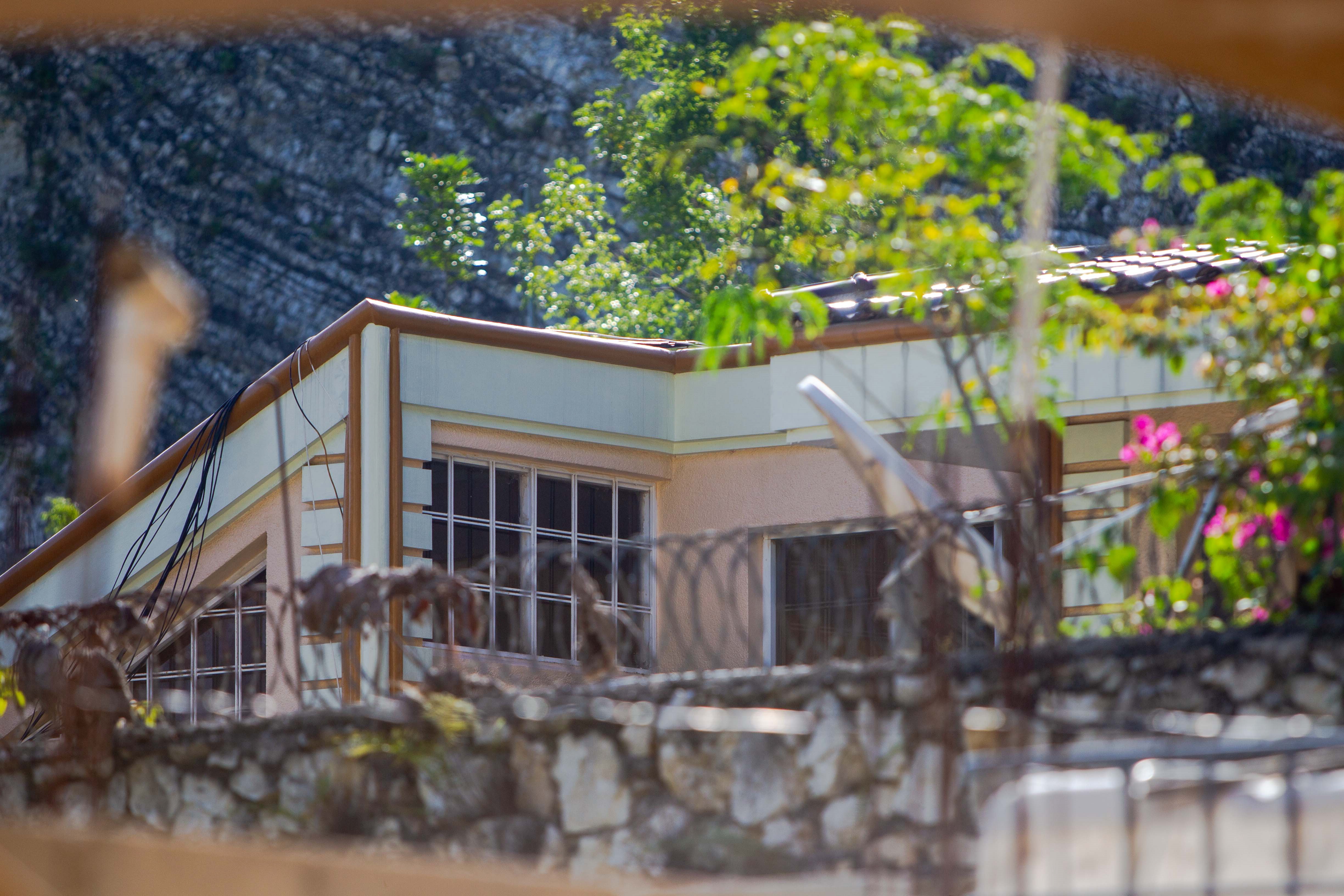 Destin said a maid and a boy on duty were tied up by a group of armed commandos who shouted "DEA operation" as they entered the property.

The gunmen, who Haitian officials claim are "foreign mercenaries" that spoke a mix of Spanish and English with an American accent, then ransacked the president's office and bedroom.

Moïse's daughter, Jomarlie, survived by hiding in her brother's room.

No one other than President Moïse and First Lady Martine Moïse were shot.

Speaking with Haitian media, Destin said the President was found "lying on his back, [with] blue pants, a white shirt stained with blood, his mouth open, his left eye gouged out" and with "twelve orifices".

"We saw a bullet impact at the level of his forehead, one in each nipple, three at the hip, one in the abdomen ", he added, stressing the bullet holes were made by a "large caliber weapon and with 9 mm projectiles”.

"Many 5.56 and 7.62 mm cartridge cases were found between the gatehouse and the interior of the residence," he continued.

Four foreign mercenaries suspected of killing have been shot dead and two more have been arrested following a bloody gun battle in the streets of Port-au-Price, Haitian law enforcement has said.

Police chief Leon Charles said his men "blocked" the group from leaving President Moïse's compound and have been "battling" them ever since.

"Four mercenaries were killed [and] two were intercepted under our control," he said, according to the BBC.

"Three policemen who had been taken hostage have been recovered. We blocked [the suspects] en route as they left the scene of the crime. Since then, we have been battling with them." 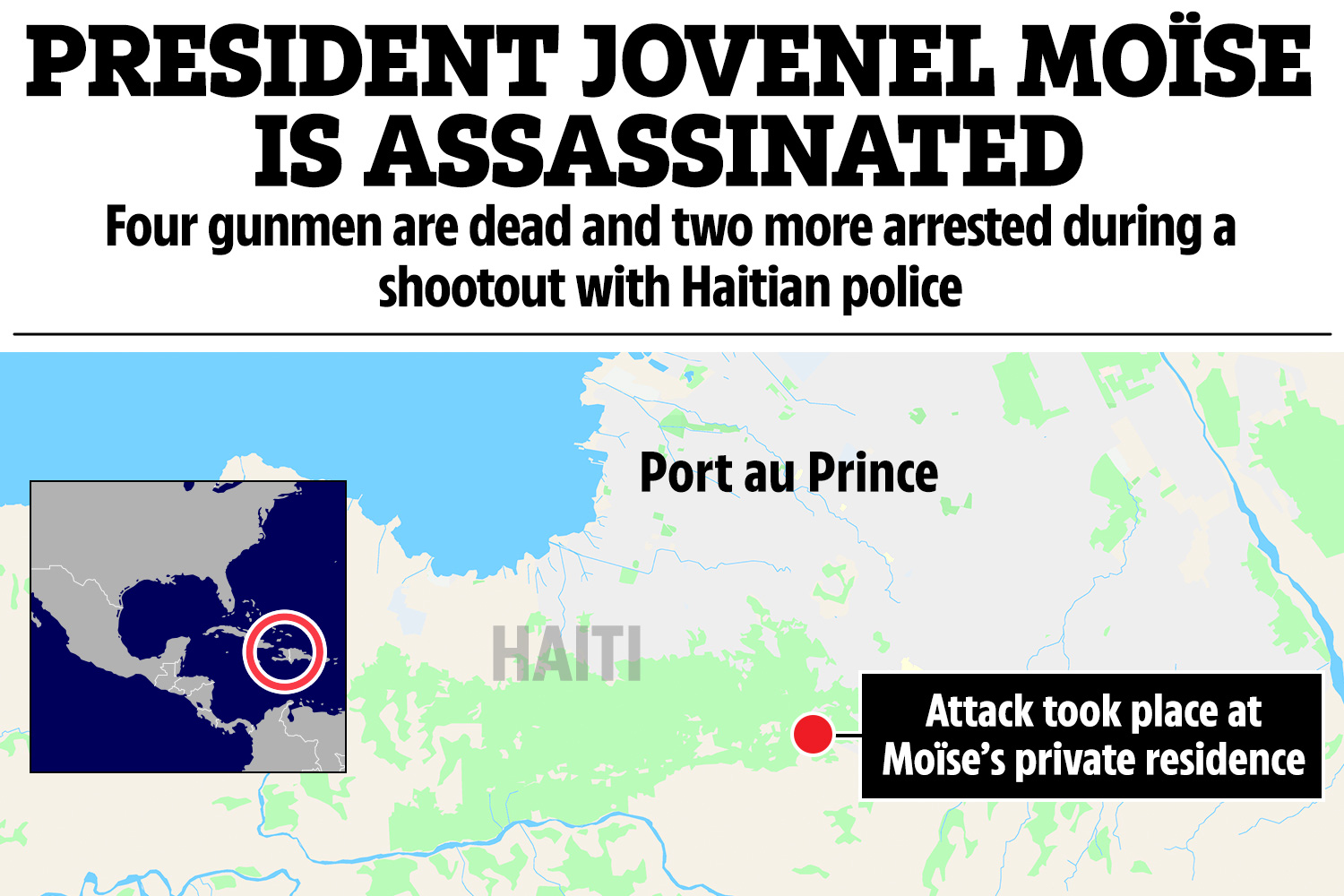 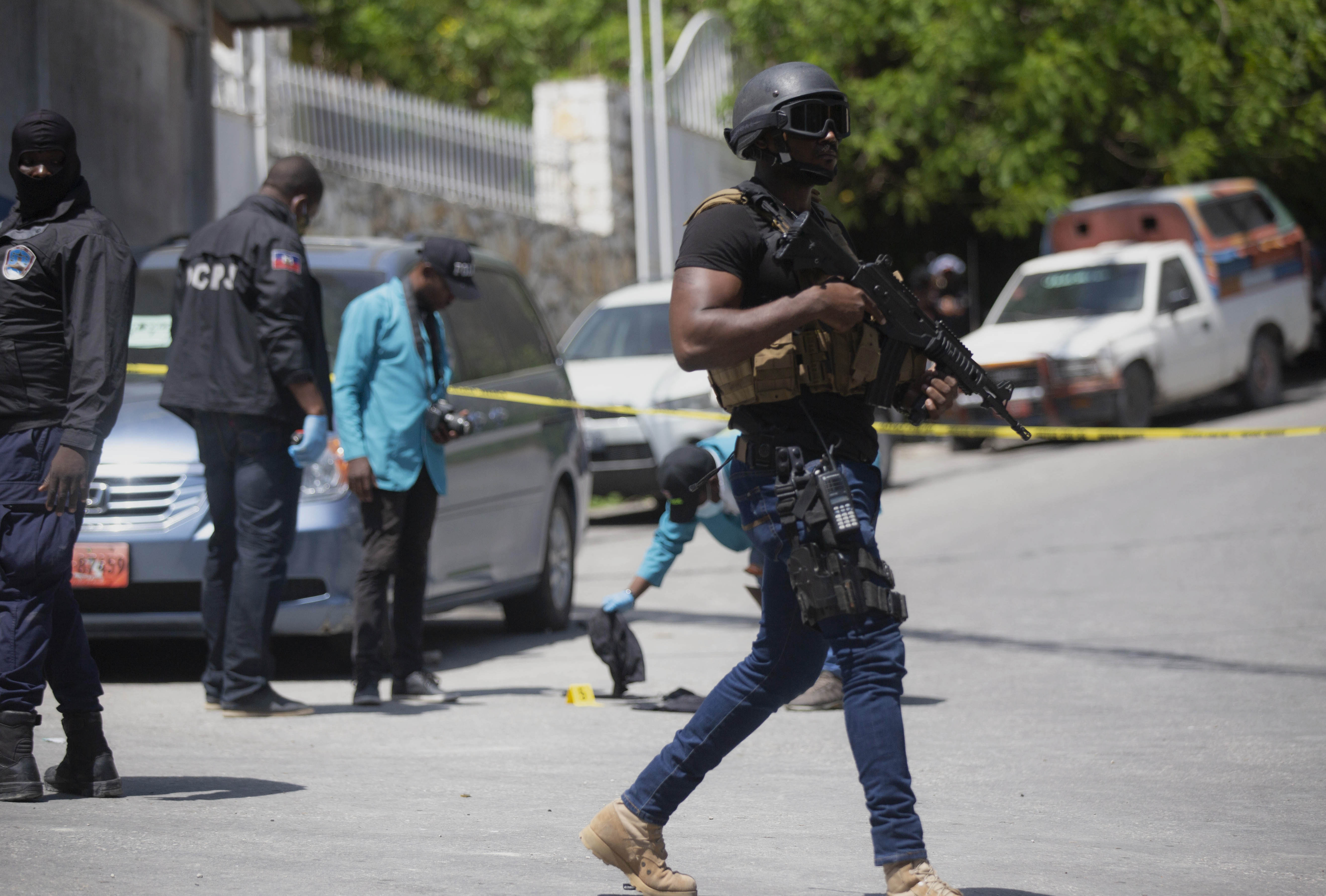 Interim Prime Minister Clause Joseph said President Moïse was shot dead by a group of "foreigners who spoke English and Spanish" who disguised themselves at US Drug Enforcement Agency agents.

The Prime Minister declared a two-week "stage of siege", imposing martial law, which has seen the Caribbean nation's borders sealed and all flights out of Port-au-Prince halted.

Another official called the assassins – who are yet to be identified – "well trained professional commandos" and "foreign mercenaries" who carried high-powered guns and dressed in black, Fox News writes.

Video footage from the capital on Wednesday showed smoke billowing from several areas and sounds of gunfire, though it's unsure if this was related to the police sting.

Video has emerged showing gunmen allegedly posing as DEA agents storming the politician's home before he was shot dead in front of his terrified wife.

The dramatic footage shows a series of cars rolling towards Moïse's house as other armed gang members follow on foot at 1am local time (5am GMT).

Just moments later the premier was gunned down in what has been branded a "hateful, inhumane and barbaric act".

The First Lady, Martine Moïse, is fighting for her life after being shot multiple times in the attack.

The 47-year-old has since been flown to Florida and taken to Baptist Hospital in Miami for treatment, where she is in a stable but critical condition, according to NPR.

Haiti's ambassador to the US, Bocchit Edmond, said there was "no way" US drug agents carried out the bloody attack.

Prime Minister Joseph has stepped in as de-facto leader, promising to take "all measures…to ensure continuity" of "democracy and the republic".

Though questions have been raised about Joseph's legitimacy after Moïse appointed Ariel Henry as Prime Minister this week.

Haiti's constitution also says the president of the Supreme Court should take over as prime minister in the event of a presidental vacancy.

In February, opposition politicians nominated their own president in an effort to drive out Moise whose five-year term had expired.

Joseph Mécène Jean-Louis, 72, a judge, said that he accepted the nomination.

Moïse insisted his term in office ended in February 2022 – a claim accepted by the United States.

On February 7, the day his presidential term was supposed to end, Moïse claimed that a coup had been foiled to overthrow his government and kill him.

A total of 23 people were arrested including a senior police officer.

"I thank my head of security at the palace," he said at the time.

"The goal of these people was to make an attempt on my life. That plan was aborted."

During his time in office, Moïse was accused of corruption and was faced with waves of anti-government protests. 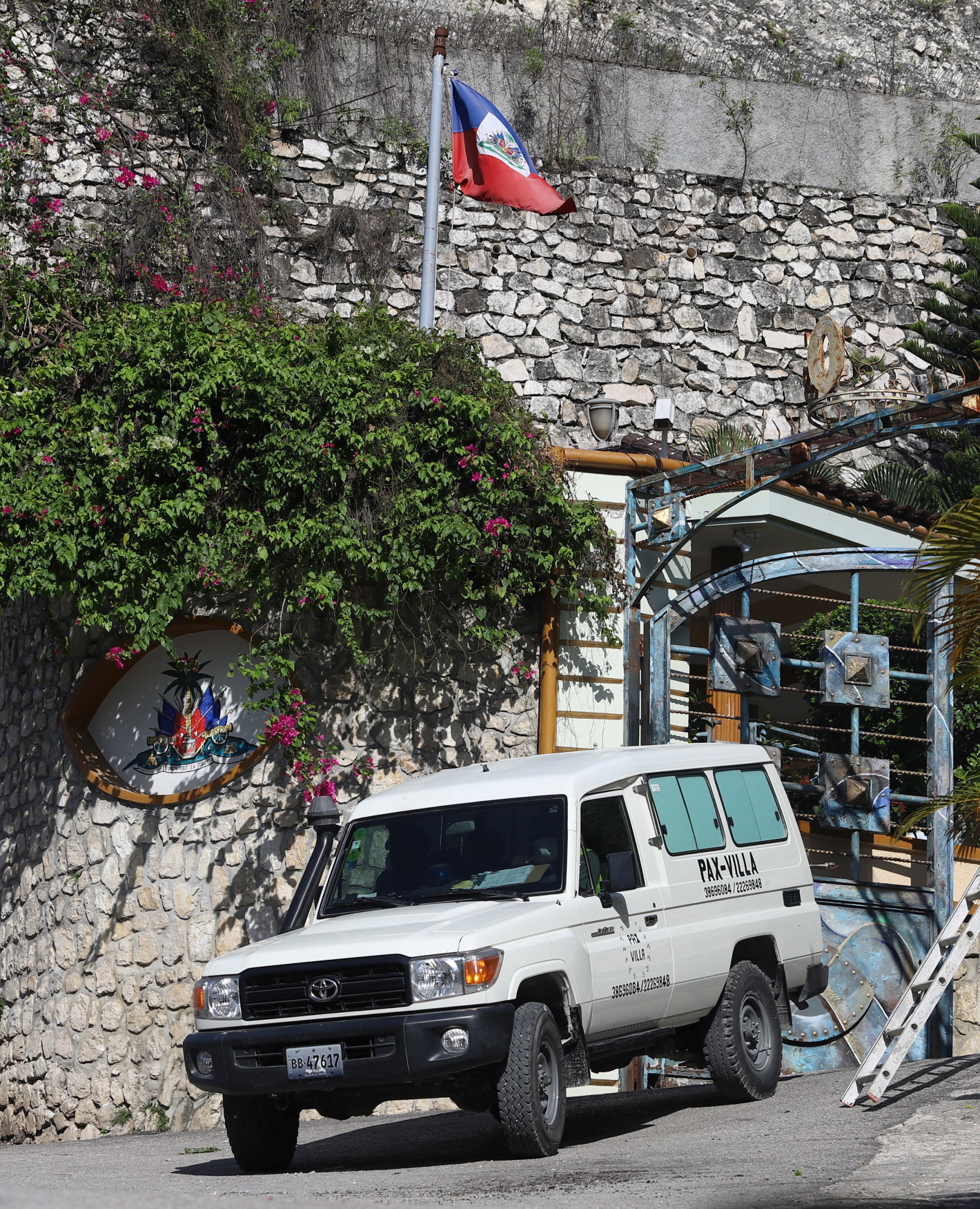 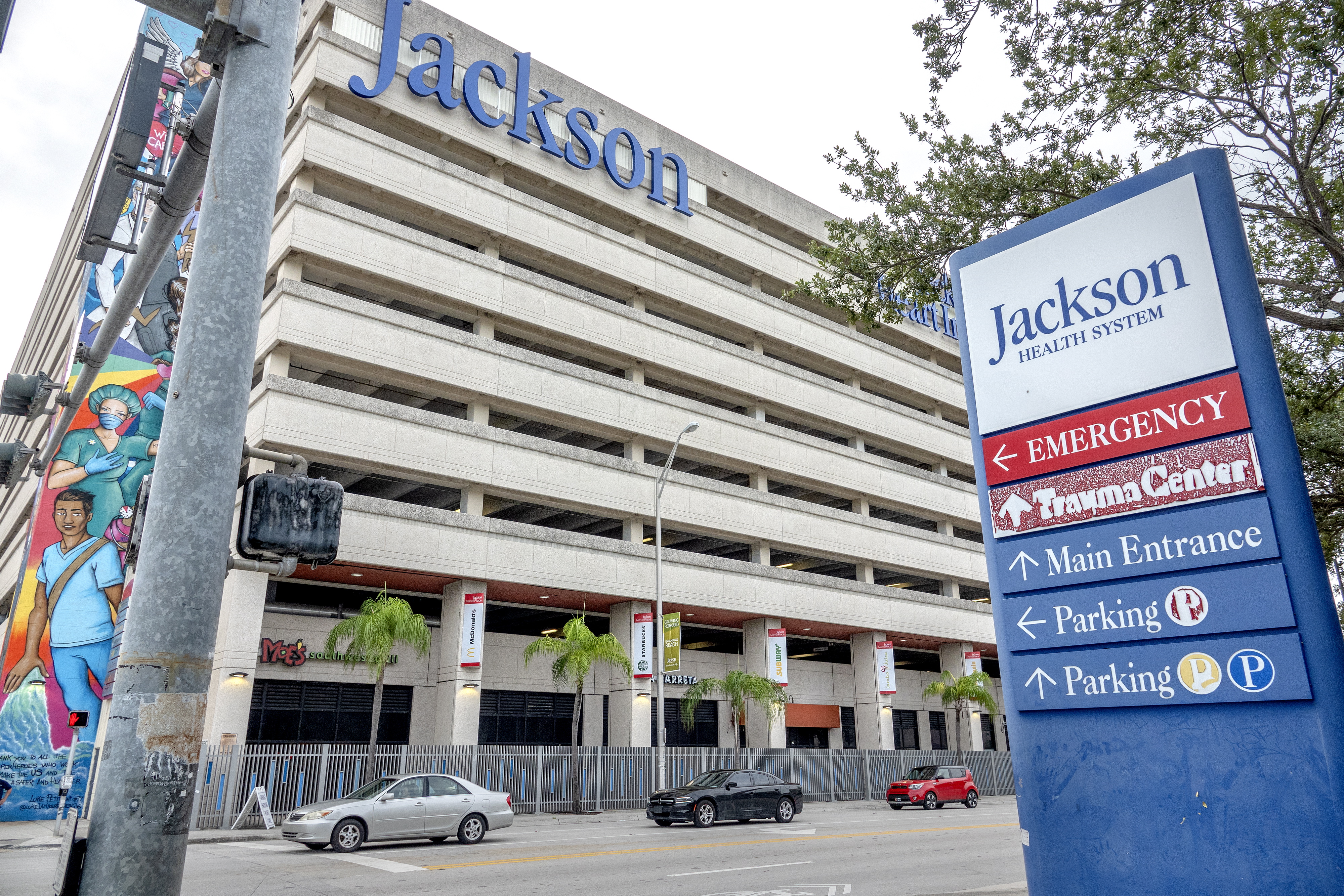 Demonstrations took place and there were clashes with police but residents of the capital, largely stayed at home.

In June, gangs raided multiple police stations in Port-au-Prince as violence between armed groups flared which forced thousands to flee.