Home » World News » At Extinction Rebellion newspaper print protests the police did what they do best: Nothing

At Extinction Rebellion newspaper print protests the police did what they do best: Nothing

LAST weekend, some weird people blocked the road to a Hertfordshire newspaper printing plant with a bamboo climbing frame.

To which they then attached themselves. 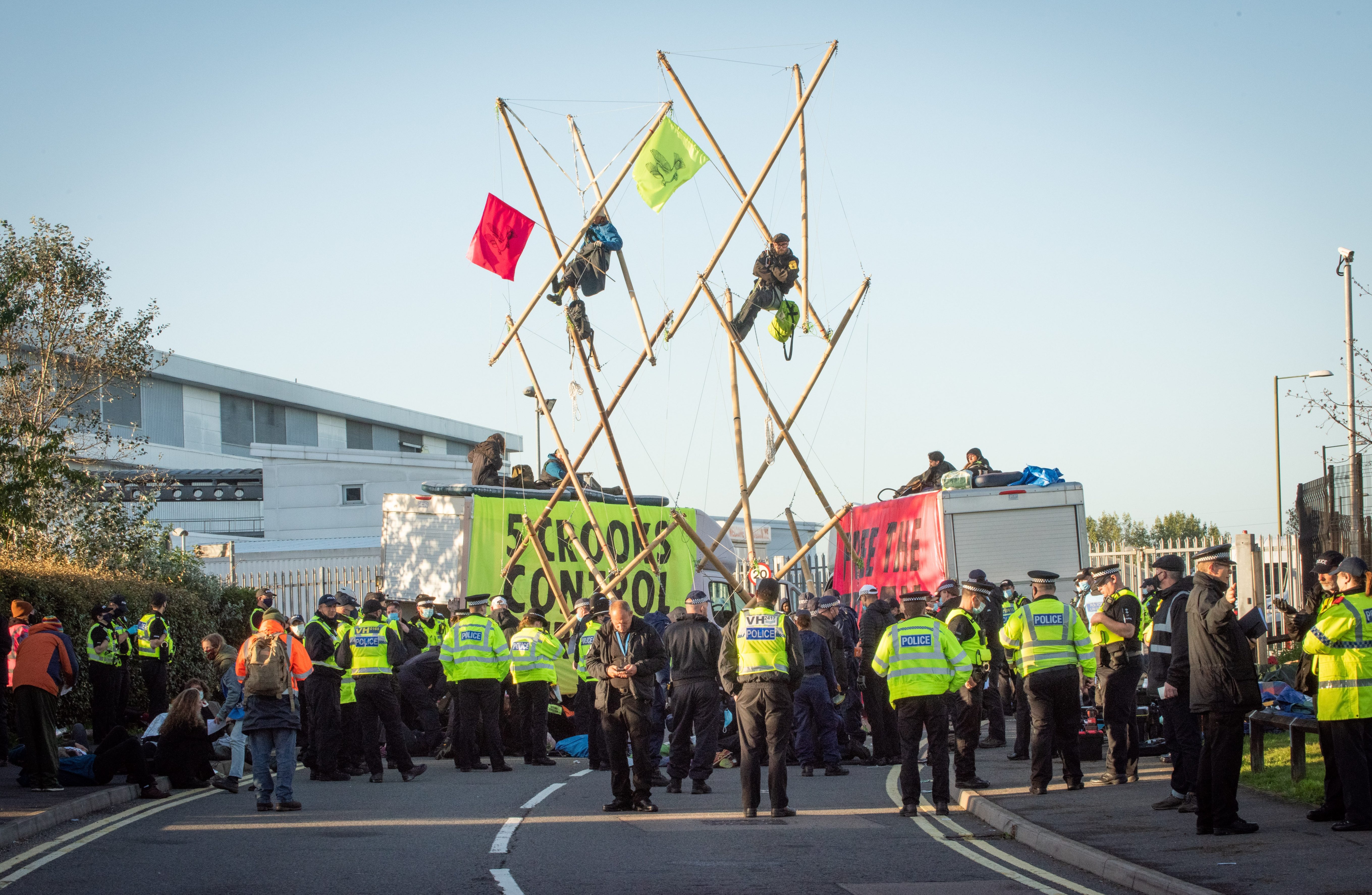 Now, if I’d have been in charge of the local police, I’d have instructed my officers to pull it over.

Or attach it to the back of a patrol car and tow it into the nearest river. Or set fire to it.

Blocking a highway is against the law. Preventing the free press from operating is even worse.

And I’d have recognised that and armed my officers with bulldozers and tasers and permission to use both.

But I was not in charge of the police that night. A wettie was.

So officers turned up at the scene and announced they could do nothing because the protesters were “at height”.

A spokesman said later that “highly specialised training and cutting equipment had been needed”.

If it’s true, it’s certainly a top tip for all the nation’s burglars and terrorists.

If you’re cornered, you simply climb on to the nearest post box.

There was another example of police inactivity this week when a cow wandered on to the M6, which was promptly closed so attending officers could sit in their car eating sandwiches. 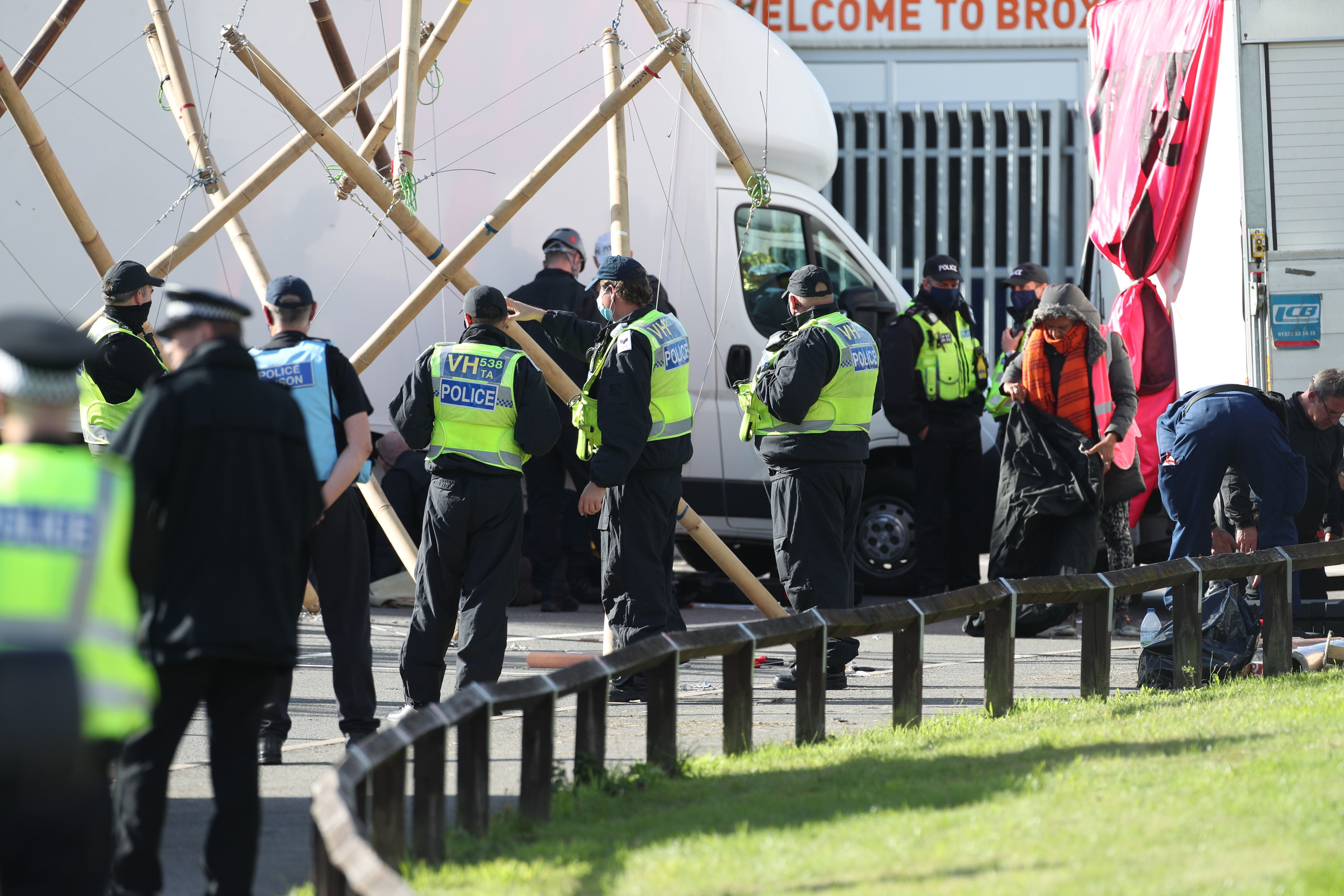 Not that long ago, when a herd of cows got on to the M6 — it happens a lot, weirdly — police kept it closed from 11.30 at night to 8 o’clock in the morning. That’s eight and a half hours.

I have herded cows in the past, and I admit it’s tricky.

But despite this, James May, Richard Hammond and I used three cars to shift 4,000 of the damn things six miles. And we did it in about 90 minutes.

Plod said they had to wait for it to get light to make sure none of the beasts were hiding in undergrowth at the side of the road. But that’s nonsense.

You even get it as standard on various Mercs and Audis these days.

And anyway, it was light by 5am, which meant they spent three hours looking behind bushes. Three hours!!!

I bet they’re crap when they play hide and seek with their kids. 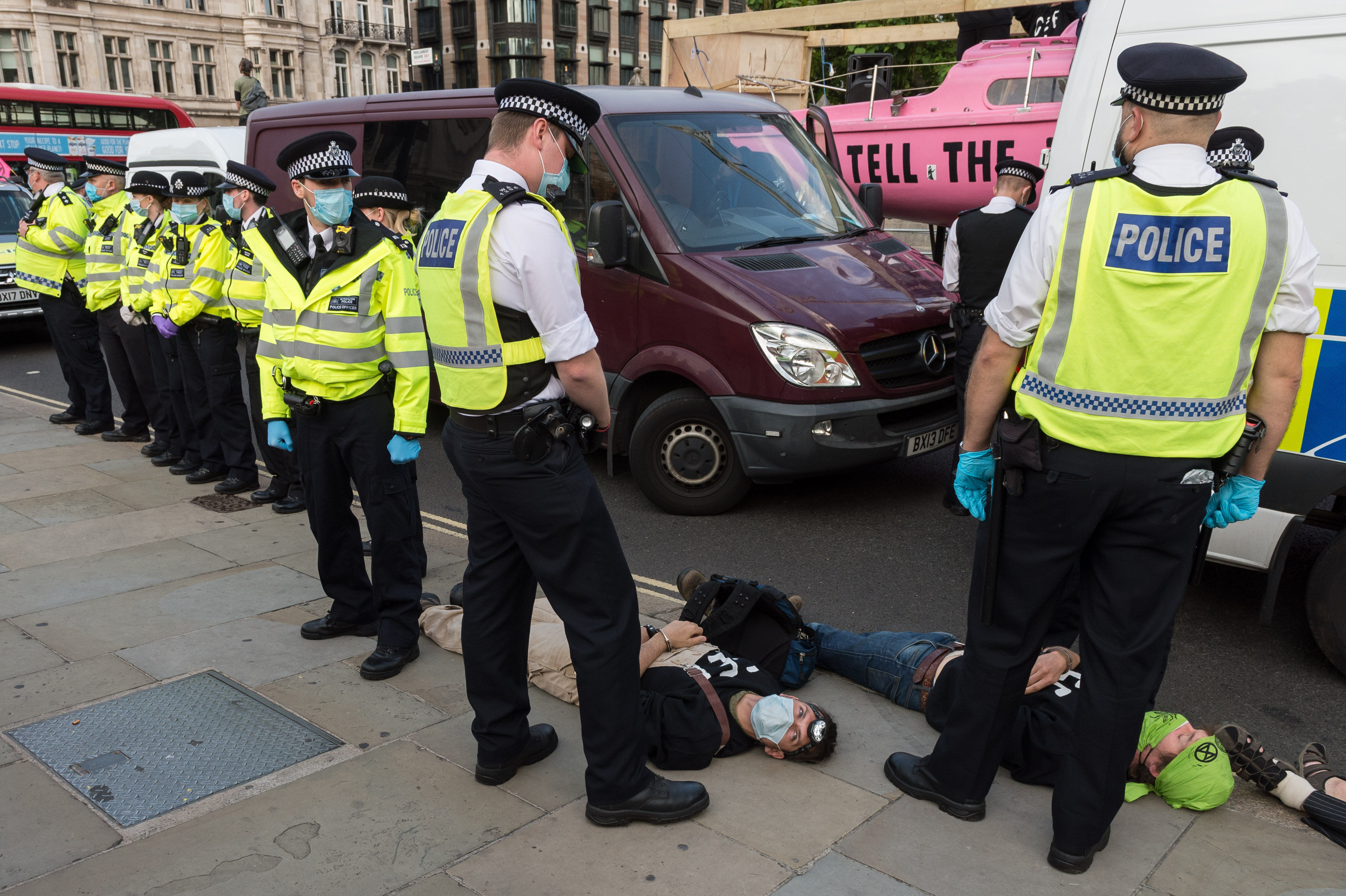 The truth is, though, Plod was doing on the M6 exactly what he did outside that printing press in Hertfordshire.

And exactly what he does when you call to say you’ve been burgled.
Nothing.

They’ve had it drummed into their heads that their safety is the No1 priority, and that the crim mustn’t be harmed either.

They’ve also been told that if they arrest someone, Twitter will accuse them of racism, murder, rape, violence and general piggery.

Which is why they’ve decided it’s probably best if they stand around with their hands in their pockets. It’s got to stop.

And we can start by changing the slogans on the side of their Astras from “Making life safer in your community” to “Kicking a*** on your behalf”.

Which is it Dawn?

THE Labour MP Dawn Butler once said that 90 per cent of all giraffes are gay.

A few months later, she went on television to say that a child is born without sex. 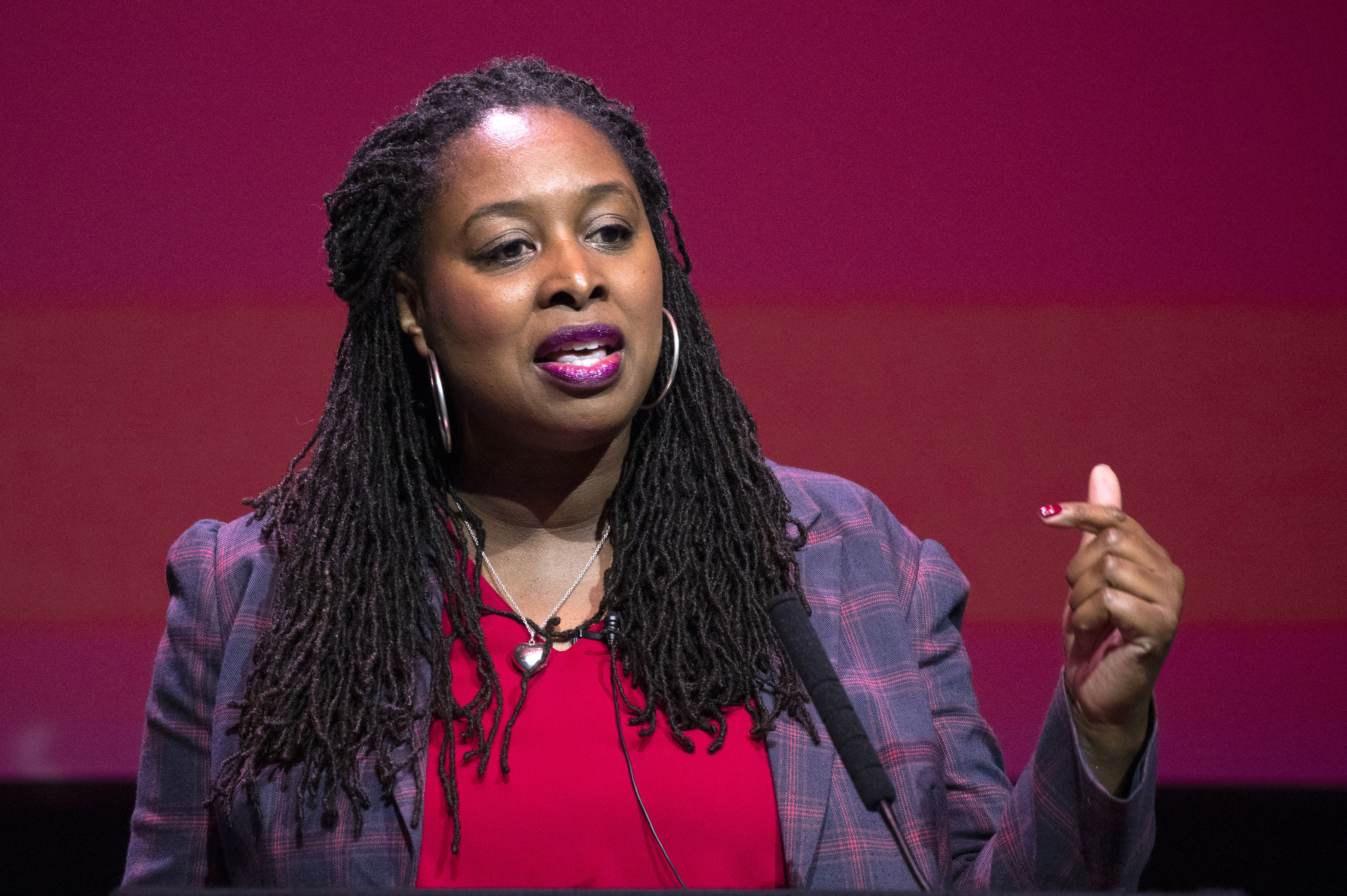 And now she has congratulated the Extinction Rebellion people who prevented millions of newspapers from being delivered last weekend.

Of course, you may think that this is her right. If she is a committed environmentalist, then she should be allowed to heap praise on the activists who are fighting for a greener planet.

Hmmm. The problem with that argument is that Ms Butler once videoed herself after she was stopped by the police while driving through East London in a BMW.

And she said to the officer: “We should be able to drive wherever we want.”

MANY years ago, I spent an afternoon playing an incomprehensible card game with three old men at a bar in the Basque region of Spain.

Every now and again, for no reason that I could see, one of them would shout at me and then take some of my money.

And that’s how I feel with this Covid business. Baffled.

I was told this week by my local parish council that the hay bales outside my farm shop are in breach of Covid regulations.

That may be so but how are we supposed to know these things?

And what I should do if I did. There was no advice on any of that.

All I know is that if I get something wrong, they’ll be like those Basque guys, and shout at me before taking some of my money. 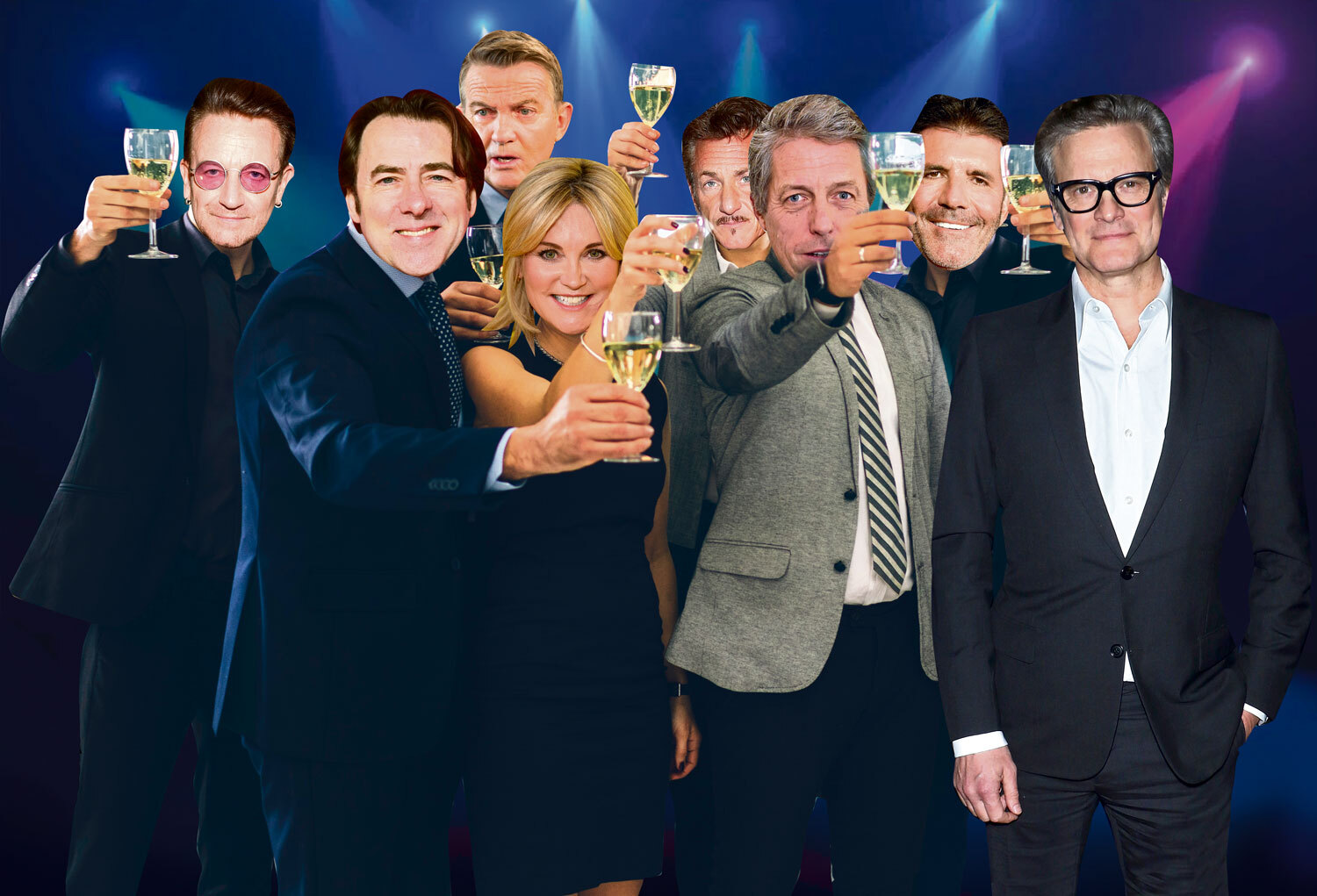 I TURNED 60 a few months ago, as did Anthea Turner, Simon Cowell, Bono, Bradley Walsh and Sean Penn.

This week, Hugh Grant and Colin Firth joined our ranks. And Jonathan Ross can stop smirking, because in November, he reaches the milestone as well.

It’s funny though, that while we are all the same age, I look so much better and younger than they do.

Tern for the worse

THIS morning, can you just pause for a moment and consider what Covid has done to the Arctic tern.

This little bird has the longest migration of any creature on God’s earth. 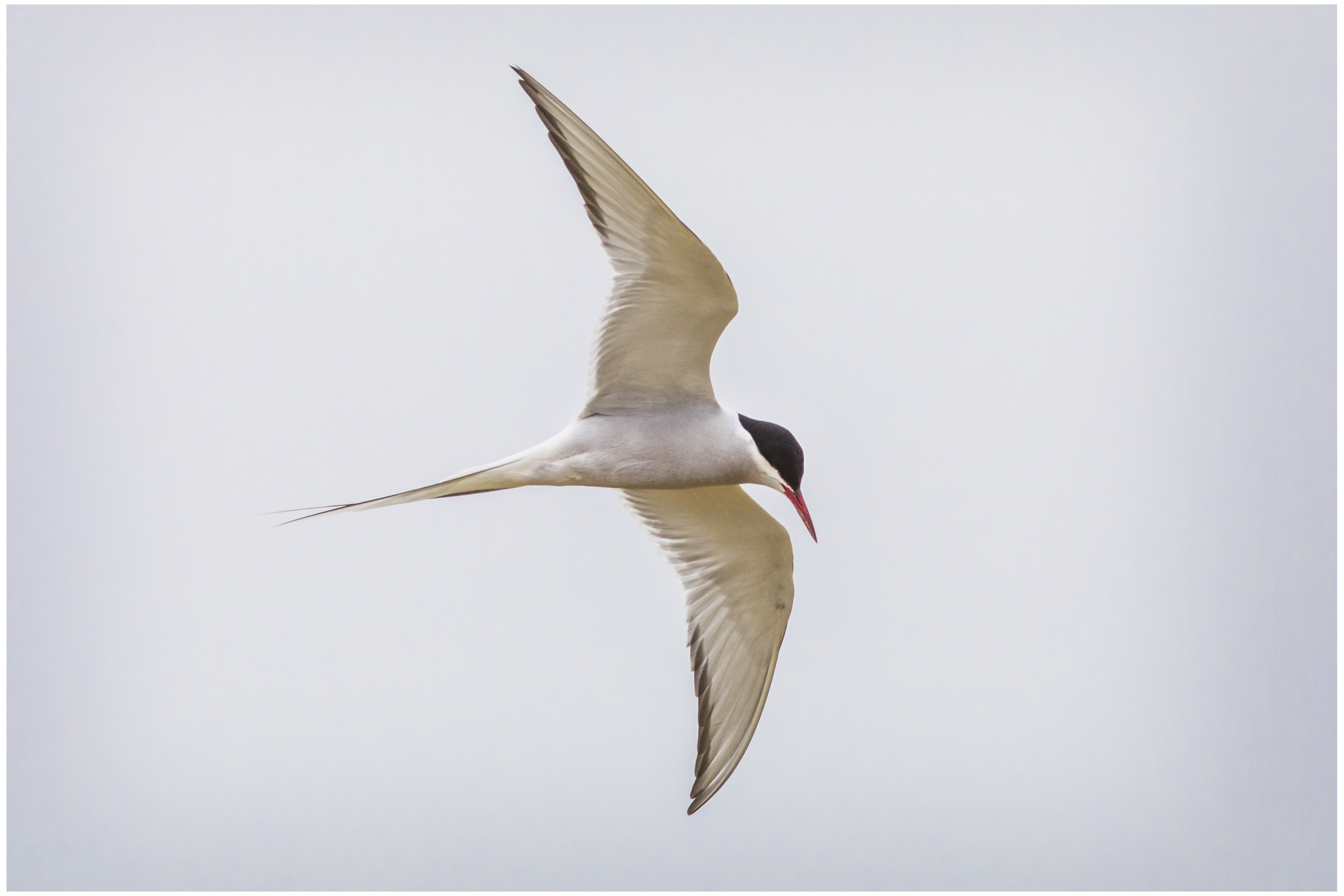 In a relentless quest for summer sunshine, it starts out every year in the Arctic and flies all the way to the Antarctic, before coming back again.

En route, it likes to stop and make babies in Northumberland, where its nests are usually monitored round the clock by wardens.

This year, however, the wardens were forced by quarantine rules to stay at home, which meant ramblers could wander about unchecked.

And they did, trampling on nests and frightening away the birds as they rampaged around in their stupid cagoules.

It’s all very well telling rich landowners that you have a right to roam across their land.

But it’d be much better for the natural world if you didn’t. 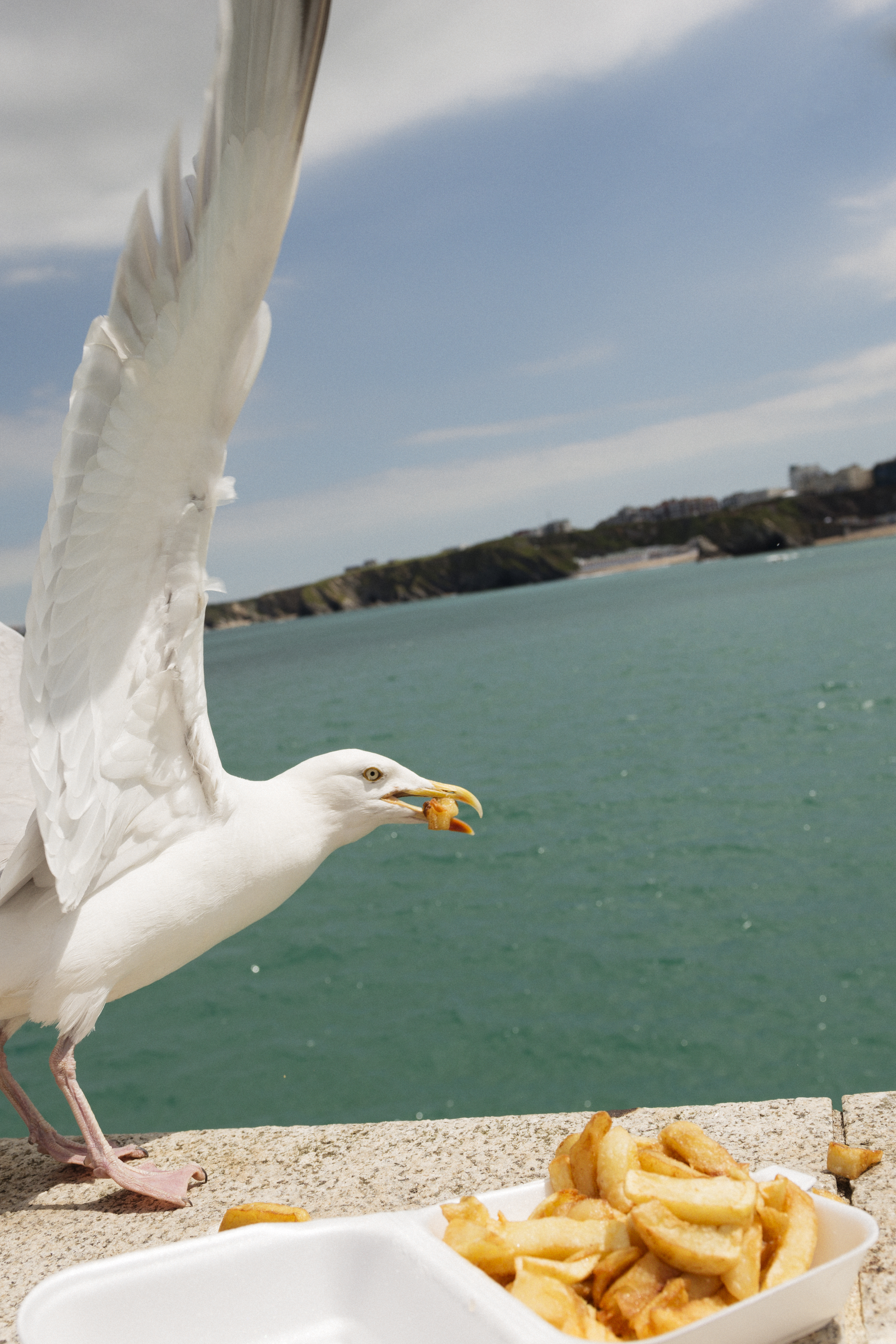 MEANWHILE, we were told this week that if we stare at a seagull it is less likely to swoop down and steal your chips.

Well, I tested the theory this morning, staring hard for several seconds at a gull.

Which then swooped down and stole my chips.

Advice from the wrong place 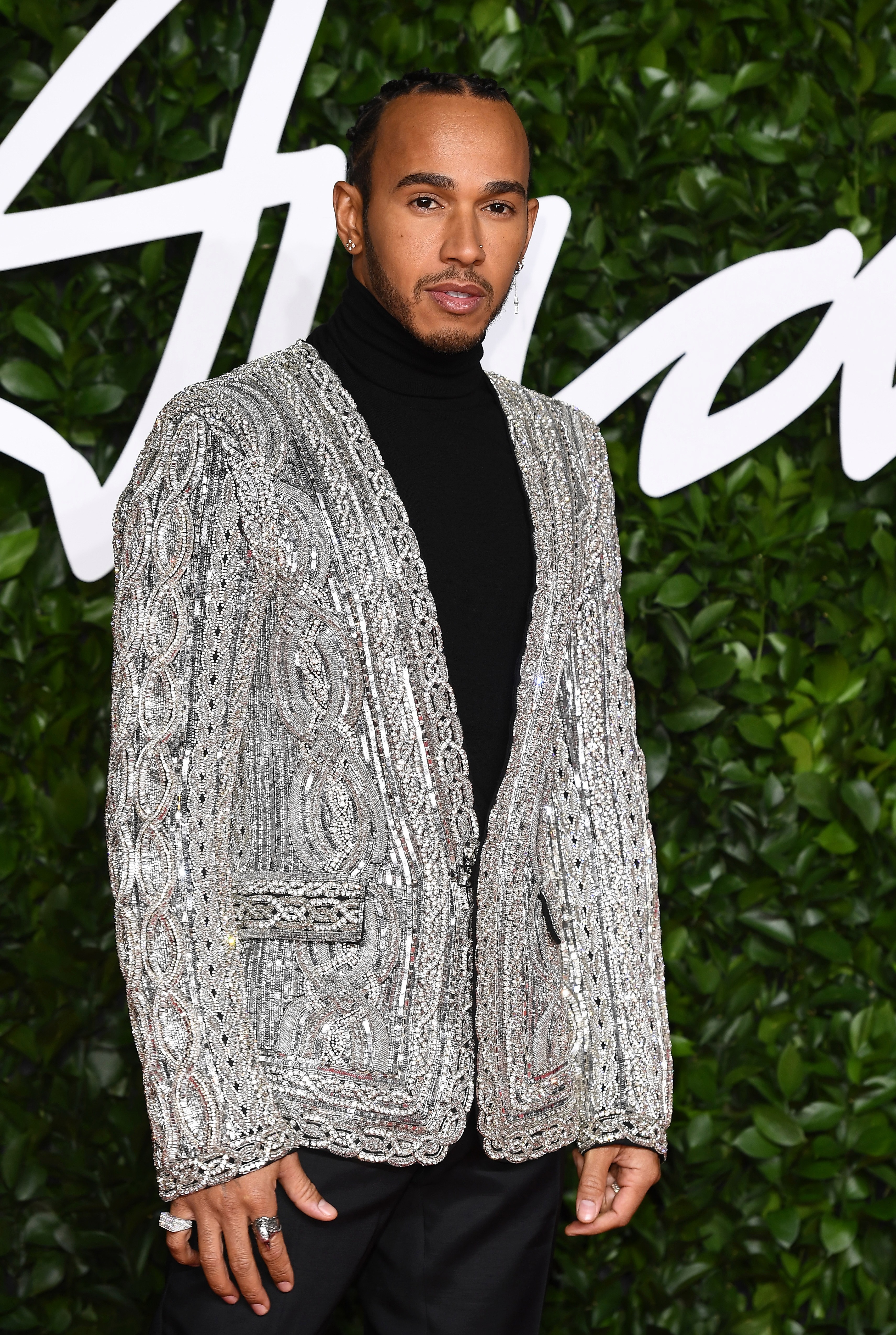 LEWIS HAMILTON, who earns a living by flying round the world racing cars, was mocked this week for saying on his Instagram account that it’s important to reduce our carbon footprints.

This is unfair. Lewis is peculiar but he would never say such a thing.

If you want to go after anyone, go after the clown at Mercedes who runs his social media.