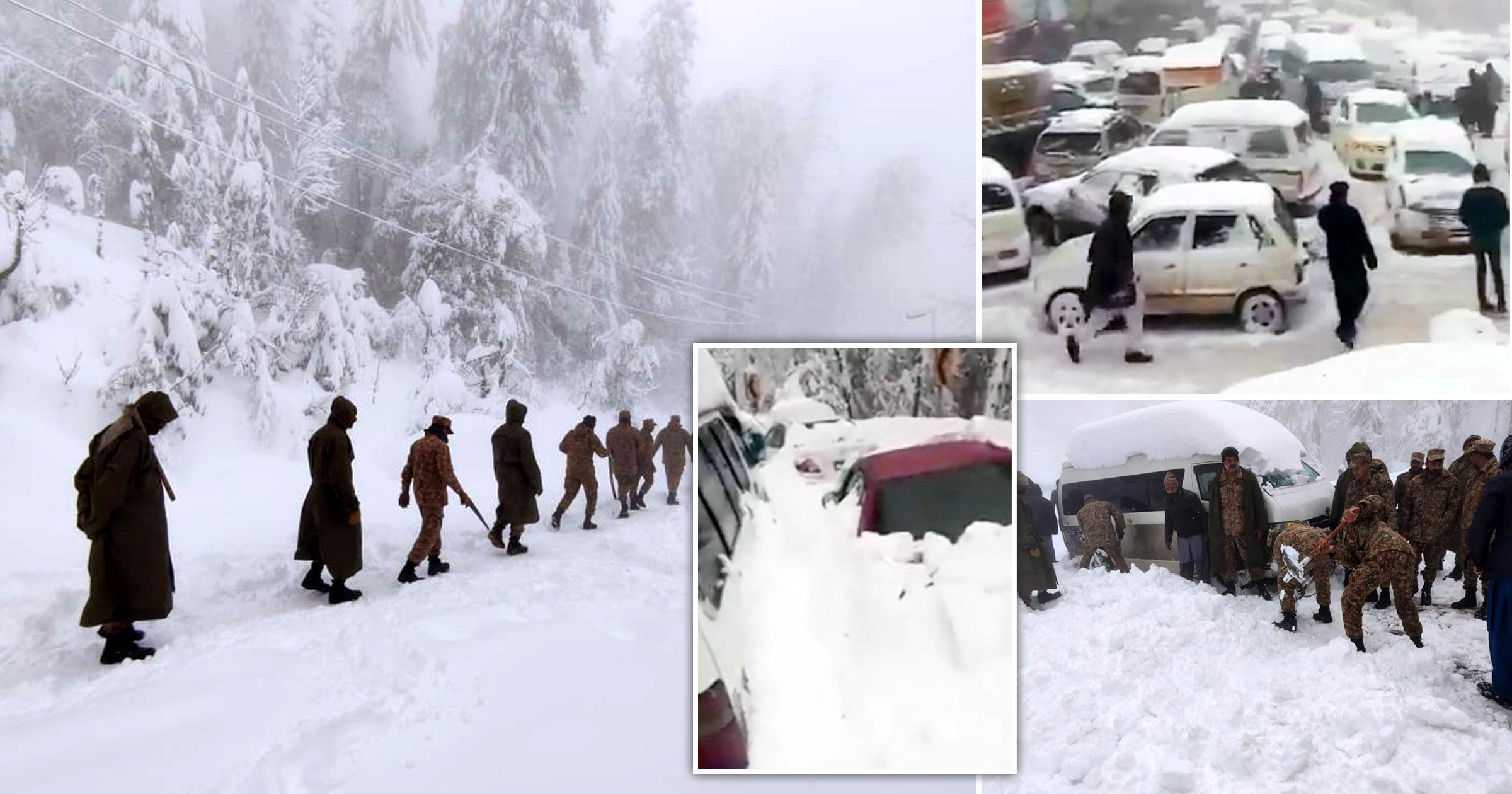 At least 22 people have died after they became stranded in heavy snow in a traffic jam of over 125,000 people in northern Pakistan.

Thousands of people were trapped in their cars as temperatures fell to -8C during heavy snowfall in the mountain resort of Murree.

Police said at least six people had frozen to death in their vehicles, but it is not yet clear how others had died.

Asphyxiation after inhaling fumes when they turned their heaters on has been given as a possible reason.

The military is now attempting to clear roads and rescue those still trapped near the mountain resort of Murree.

Around 1,000 cars were trapped on a highway during a blizzard, according to Interior Minister Sheikh Rashid.

Pakistan media reported that more than 125,000 vehicles had entered the city to see the unusually heavy snowfall, causing a huge traffic jam.

The area has now been declared a disaster zone and people have been urged to stay away.

‘People are facing a terrible situation,’ said Usman Abbasi, a tourist stuck in the town.

‘It’s not only the tourists, but the local population is also facing severe problems’ including gas and water shortages, he added.

Interior minister Sheikh Rashid Ahmed said thousands of vehicles had been pulled from the snow but more than a thousand were still stuck in the area on Saturday.

Located 28 miles north of the capital of Islamabad, Murree is a popular winter resort that attracts more than a million tourists annually. Streets leading into the city are often blocked by snow in winter.

The interior minister said more than four feet of snow fell in the area overnight and all incoming traffic was blocked on Saturday.

The minister said paramilitary troops and a special military mountain unit had been called in to help.

‘Until then no vehicle or even people on foot are allowed to enter Murree except for the emergency and rescue vehicles and those bringing food for the stuck people,’ he said.

Umar Maqbool, a local administrator, said the heavy snowfall hampered rescue efforts during the night and even heavy equipment brought in to clear the snow got stuck initially.

Officials said food and blankets were distributed to the stuck tourists.