Greens lay out list of demands for Voice support

The Greens will pursue a treaty with Indigenous Australians and a truth-telling commission in exchange for backing the Voice to parliament in negotiations with the Albanese government as it seeks to build cross-party support for the constitutional change.

Greens leader Adam Bandt and Senate deputy leader Lidia Thorpe will lead negotiations with Indigenous Australians Minister Linda Burney. The talks are expected to begin by the end of this month. 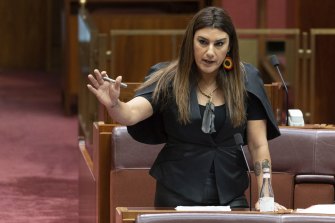 Greens Senator Lidia Thorpe will pursue a treaty with Indigenous Australians and a truth-telling commission in exchange for backing the Voice to parliament in negotiations with the federal government.Credit:Alex Ellinghausen

“Treaty will provide that mechanism for us to negotiate [on] equal terms on how we can live together in the same country and celebrate us as well,” Thorpe told this masthead.

“We’ve made it clear that the Greens want to see progress on all elements of the Statement [from the Heart].”

Thorpe has previously argued that a treaty between Indigenous and non-Indigenous Australians should come before a Voice, but her comments suggest the Greens are now more open to supporting the Voice to parliament.

More on this issue here.

The federal government has promised to fund an increase in aged care workers’ wages, telling the Fair Work Commission pay rates in the sector should be “significantly higher” without nominating a figure. 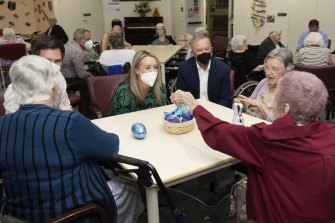 Unions have asked the commission to consider a 25 per cent pay rise for aged care workers and nurses. They argue aged care workers have been historically undervalued because of the feminised nature of the workforce and their jobs.

The Commonwealth submission, lodged on Monday, backed this argument. It said the evidence before the commission supported the claim that “‘invisible’ skills, broadly describable as social and emotional and interpersonal skills” had not been fully valued under previous wage deals.

It’s Tuesday, August 9. I’m Broede Carmody and I’ll be anchoring our live coverage for the first half of the day.