Who’s in the running to be the UK’s next PM?

As many of you will know by now, Liz Truss has quit as the UK’s prime minister after just 44 days in office.

Now the jostling begins as her many rivals battle to replace her in a contest expected to last one week in a vote that could be decided by members. 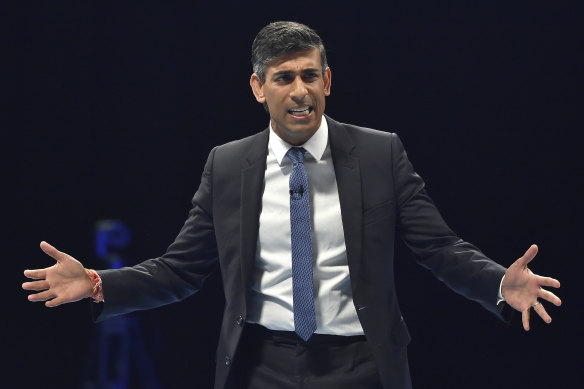 The result will be known on Friday, October 28 and the winner will become King Charles III’s second prime minister.

This contest will also see fewer candidates with the threshold for nominating raised to 100 nominations, meaning a total three can stand, based on the number of sitting Conservative MPs.

This heaps pressure on MPs to unite around a single candidate or unity ticket to avoid going to another members’ vote, like the one that delivered Truss.

Have a look at some of the contenders here.

In case you missed it last night, the powerful doctor leading a public relations effort to discredit claims that up to $8 billion a year is being wasted in the Medicare system admits he hasn’t read the PhD which first sounded the alarm on the problem.

The president of the Australian Medical Association, Professor Steve Robson, has spent four days attacking a joint investigation by The Sydney Morning Herald, The Age and the ABC’s 7.30 program into Medicare – dismissing the work as an “unjustified slur on the medical profession”, “fantasy” and “staggering in its inaccuracies and its nastiness”. 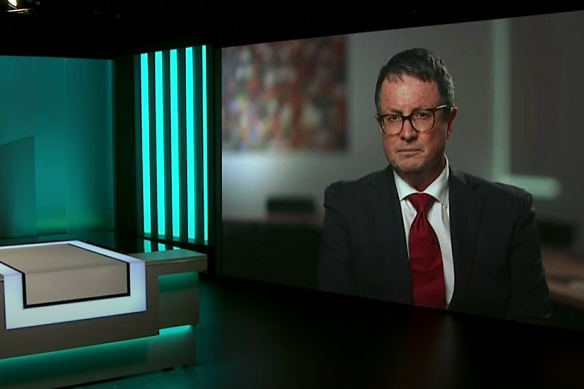 He has also criticised Dr Margaret Faux, whose PhD on the Medicare claiming and compliance system concluded nearly 30 per cent of Medicare’s annual budget, or about $8 billion a year, is being lost through fraud, incorrect payments and errors.

But in an interview with 7.30 host Sarah Ferguson on Thursday night, Robson conceded he had not even read the PhD.

Deputy Liberal leader Sussan Ley has urged Labor to support a censure motion against Greens senator Lidia Thorpe when both houses of parliament sit next week.

In case you missed it yesterday, Thorpe resigned as the party’s deputy Senate leader following revelations she did not disclose her relationship with a former bikie leader while a member of the joint parliamentary law enforcement committee. 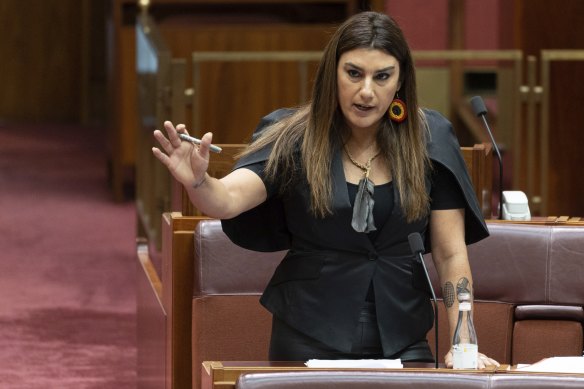 Greens leader Adam Bandt says he’s been assured that Thorpe didn’t share any confidential information with any person not authorised to receive it, but that the failure to disclose the relationship “showed a significant lack of judgment”.

I think there are serious questions to answer. You can’t be receiving confidential briefings during the day about outlaw motorcycle gangs and be in bed with one of them at night. That’s not on. This is a woman who has disrespected the Senate, disowned the Australian flag, called the British nation colonisers after the death of Queen Elizabeth, and it goes on. As I understand it, there will be a motion moved in the Senate when we return and [Labor Education Minister] Jason [Clare], I hope your party supports it.

Thorpe’s partner has no criminal convictions and stepped down as president of the Rebels in 2018. This masthead does not suggest Thorpe shared any confidential information with any person not authorised to receive it.

Further background on this story is available here.

Australia’s got to ‘muscle up’ against cybercrime: minister

Home Affairs Minister Clare O’Neil has declared that cybercriminals are the “bag snatchers of the 21st century” and has assured Medibank customers that some of Australia’s smartest people are working to ensure the country is better prepared when it comes to preventing future data breaches. 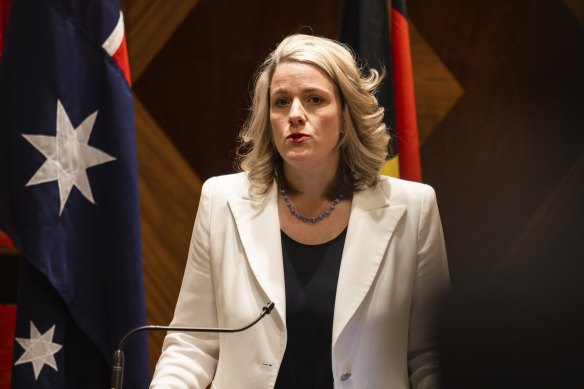 I understand for Australians this looks very much like an Australian problem. But Interpol, the global police organisation, this week released a statement saying that cybercrime is their major crime concern around the world at the moment.

The truth is, this is the future for us. These cyber thugs are the bag snatchers of the 21st century and the Australian government and citizens have got to muscle up and understand that this is our future. Our job is to [make sure] that our country is better prepared when things like this happen.

I want Australians to understand the smartest people in Australia are working on this problem at the moment. They work in cyber security for the Australian government and they are fully occupied in this problem.

If you’re a Medibank customer, be careful at the moment. Don’t click on any links that look in any way suspicious.

You can read Colin Kruger and Nick Bonyhady’s explainer on the Medibank hack here.

The ACT has become the first Australian jurisdiction to decriminalise illicit drugs in small quantities.

The laws passed the territory’s parliament yesterday, meaning people found with “personal use” amounts of nine different types of illicit drugs will not be criminally prosecuted.

They’ll instead be cautioned, fined or referred to a drug diversion program.

The substances decriminalised include heroin, cocaine and speed. 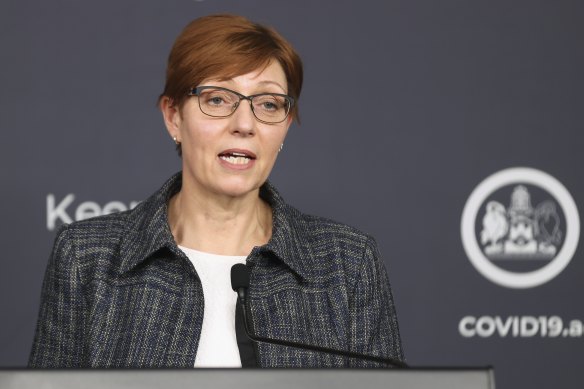 “The ACT has led the nation with a progressive approach to reducing the harm caused by illicit drugs with a focus on diversion, access to treatment and rehabilitation and reducing the stigma attached to drug use,” she said.

“This sensible reform is based on the expert advice that a health focused, harm reduction approach delivers the best outcome for people using drugs.”

There will be a 12-month transition period, meaning the laws won’t kick in until October 2023.

The government said it would use the transition period to bolster oversight arrangements and train frontline workers, including police.

“It’s not going to change the number of people going into the criminal justice system, and it’s not going to fix the problem that we have now which is not enough people being able to access treatment.”

Victoria-NSW floods: What you need to know

Residents in low-lying parts of the northern Victorian town of Echuca and the southern NSW town of Moama are still being told to evacuate given the Murray River is expected to peak over the weekend or early next week.

Authorities are worried that the river will surpass levels not seen since the 1993 floods.

On the Victorian side of the border, locals have spent days preparing a makeshift flood levee through the middle of town in a bid to protect thousands of properties. But the State Emergency Service has warned the measure might not be enough.

Residents of Kerang, northwest of Echuca, remain cut off due to floodwaters. While up to 50 homes could be inundated later today, locals are confident that the town’s flood levee will hold.

In Rochester, south of Echuca, residents are being told it’s still not safe to return.

Meanwhile, in NSW, western Sydney residents are being told to be aware of possible rising water along the Hawkesbury-Nepean region. Minor flooding is expected today (the region has already endured two major flood events this year).

Authorities also say that renewed flooding is possible in parts of inland NSW from today.

And in Tasmania, Premier Jeremy Rockliff has announced that farmers impacted by recent flooding in his state will be eligible for grants of up to $25,000.

My colleague Lachlan Abbott is running this morning’s dedicated floods blog. You can read that coverage here.

Liz Truss has resigned after just 44 days dramatic days in Downing Street which were marked by financial turmoil, becoming the shortest-serving prime minister in British history.

Truss was told she had lost the confidence of the majority of Tory MPs and cabinet ministers on Thursday morning (London time) that and she should resign, leaving a bitterly divided Conservative Party with the challenge of choosing the UK’s third prime minister in a matter of months and growing calls for a general election. 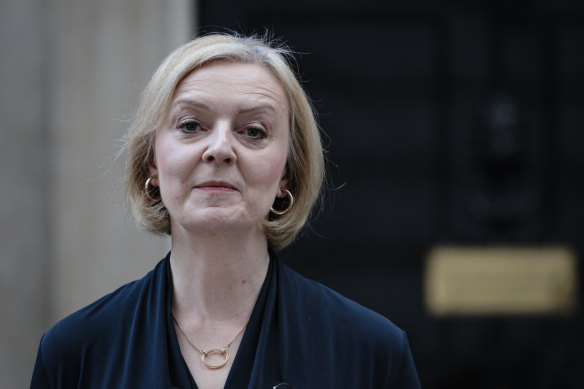 Rishi Sunak, former chancellor, and Penny Mordaunt, leader of the House of Commons, are the two frontrunners to replace her, while there is growing speculation former prime minister Boris Johnson many again contest the ballot.

Johnson was forced out on September 6 this year having won a 80-seat majority as leader less than three years earlier.

It’s Friday, October 21. I’m Broede Carmody and I’ll be anchoring our live coverage for the first half of the day.