We have made our live coverage of the coronavirus pandemic free for all readers. Please consider supporting our journalism with a subscription.

The day’s headlines at a glance

That’s stumps for today. Thanks for reading. Here’s a recap of the day’s adventures: 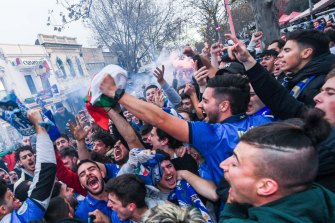 They really did go nuts!Credit:Joe Armao

Sydney families determined to get through long lockdown

Families across south-western Sydney are preparing for a long lockdown as they come out in force to get COVID-19 tests and adhere to strict stay-at-home orders.

Akram Abdal, Maryam Tshikha and their four children will spend the next few weeks inside their Bossley Park home: playing, calling friends and family and only going outside for essential shopping or a walk around the block. 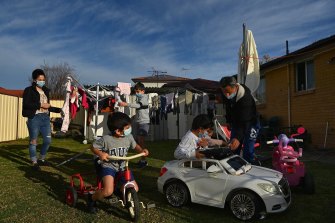 The family arrived in Australia in 2016 having fled Al Hasakah, in Syria, during the war there.

But just as they survived then, they are determined to get through COVID-19.

“When it was time of war, we can’t go outside … we have lived with such a thing [before],” Mr Abdal said.

Singapore: Australia has plummeted from international standard bearer to a laggard with its approach to the pandemic but the nation’s beleaguered tourism industry is being told the good times will eventually return.

Speaking today in Singapore, the first stop of his tour of Vietnam, Japan, South Korea and the United States, Trade and Tourism Minister Dan Tehan has predicted international tourists will be back in as great a number as before when borders reopen. That is despite other parts of the world gaining an advantage with faster vaccination rollouts allowing travel to resume. 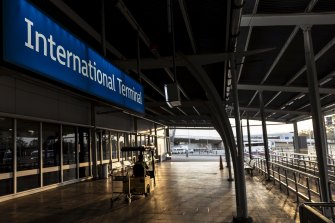 Mr Tehan is in south-east Asia as the Delta coronavirus variant threatens to overwhelm health systems across the region. With Sydney in its third week of lockdown, Australia has attracted renewed attention from abroad for the closed-border tactics to combating the virus that have resulted in more than 30,000 of its own citizens being unable to return home.

The UK’s Financial Times on the weekend published an editorial on the “fatal flaws in Australia’s hermit nation strategy”, namely the country’s failure to match the pace of other developed countries in procuring vaccines.

Amid the wreckage to Australia’s reputation, Europe, the UK and the United States have got a head start on opening up again thanks to far more effective vaccination rollouts.

Mr Tehan, however, argues Australia’s tourism industry is still well positioned for an ultimate bounce back.

“I think the one thing that we can be really, really confident about as Australians is that the beauty of our product has not changed throughout the coronavirus pandemic,” he said.

Is working from home better or worse for productivity?

With the proportion of people working from home during the peak of the coronavirus pandemic growing from 5 per cent to 40 per cent, there’s a renewed focus on the impacts and benefits of staying in the home office.

The chairman of Australia’s Productivity Commission says higher rates of working from home have beneficial impacts on workers and are unlikely to harm the economy.

With workers saving more than an hour each day by removing the commute, businesses are benefiting from staff working an additional 13 minutes on average each day, while workers have more time for care-giving and personal activities.

While councils and governments are urging staff to return to the office when restrictions have eased to a point where it is possible, some studies show the workforce is unlikely to return to pre-pandemic levels of office work.

How is Sydney’s outbreak tracking against Melbourne’s second wave?

The rising daily COVID-19 case numbers in Sydney is leading to inevitable comparisons with the start of Melbourne’s second wave from around this time last year.

The data on the two is worth a look, but there are some key things to note about it.

The graph below compares the seven-day average of local cases in Melbourne at the start of the state’s second wave with the current Sydney outbreak.

As with any data, keep in mind that whenever two areas are being compared over different time periods, there are some important caveats to take into account.

It might look like Sydney’s current outbreak has taken off faster than Victoria’s second wave, but that’s partially a result of the data itself.

When Victoria’s second wave was taking off, the virus was still circulating at low levels throughout the community and there were other concurrent clusters being followed up on. During this time there would still be about five new locally acquired new cases confirmed each day, unlike NSW prior to the most recent outbreak where there had been a string of zero days.

The true extent of Melbourne’s growing second wave only became apparent down the line once testing was stepped up, so in some ways the data in the Victorian experience was playing catch-up.

Anyone who looks at this graph will unavoidably start wondering what path the NSW line on the graph will take over the coming days. It’s clearly on the rise.

But what we don’t know is how high that line will rise or how long it will take to get there – that will depend on many other factors.

Mr Canavan made the case that extended lockdowns have a crushing cost on people and governments need to adopt a higher risk tolerance.

“I don’t think we are correctly balancing here the costs and benefits of lockdowns. They’re not the preferred tool of virologists,” Mr Canavan told the ABC on Monday afternoon.

“I think we have got to put the responsibility back on people. And those who are vulnerable will feel like they don’t want to be exposed. They can obviously make the choice to stay home. But to impose a police state on everybody over a year after the virus [when] we know a lot more about it [and] we have a lot more treatments, it doesn’t add up.”

Pressed by host Patricia Karvelas about the number of people – including some young people – in hospital, Mr Canavan said the community must come to accept some deaths from coronavirus as being normal.

“There is no world in which we will have zero deaths,” he said.

“A couple of years ago we would lose two people from the flu every day. We didn’t lock down the country.

“It’s a difficult ethical dilemma but no-one seems to be raising the fact that lockdowns themselves are extremely costly on people’s mental wellbeing.

“What are we locking down for now? What’s the rationale, except to try some futile attempt to take every risk out of our lives which you can’t do.”

The Australian Defence Force has officially announced the end of Australia’s 20-year campaign in Afghanistan.

ADF chief Angus Campbell confirmed on Facebook that all ADF personnel have departed Afghanistan, bringing the nation’s longest war to a close.

“Over the past 20 years, some 39,000 of #YourADF men and women served in Afghanistan, alongside military, law enforcement, civilian and aid partners from more than 50 countries,” he wrote. 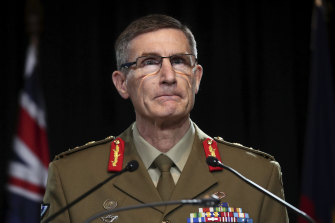 “As we mark the end of our military operations in Afghanistan, we acknowledge and thank all Defence personnel for their continued commitment to supporting our operations in order to achieve our mission of defending Australia and our national interests.

“Tragically, 41 ADF personnel died on operations in Afghanistan. Their bravery, dedication to service, and ultimate sacrifice will never be forgotten. Many more of our people returned home with lasting physical and mental wounds, sadly some we have since lost. We will continue our commitment to support our people and their families.

“To all ADF personnel, thank you for your service.”

NSW Health has advised the public of a number of new venues of concern, largely in south-west and western Sydney. Anyone who was at the following locations at these times is a close contact and should immediately get tested and self-isolate for 14 days:

People who were at the following venues at these times are considered casual contacts and must immediately get a test then isolate until they receive a negative result.

In addition, anyone at these locations at these time should monitor for symptoms and get a test if they develop.

The Sydney suburbs with the most cases

We’ve created a map which drills down further on where Sydney’s outbreak grew over the weekend.

The northern beaches – after their outbreak over summer – remain COVID-free for now, as does Lane Cove, Mosman and the Hawkesbury region.

There have also been very few cases outside of metropolitan Sydney – such as the Central Coast and Shellharbour – which is causing residents there a lot of angst as they question why they are in lockdown.

However, postcode 2263 on the Central Coast (Canton Beach, Charmhaven, Gorokan, Lake Haven, Norah Head, Noraville and Toukley) did record one case over the period.

Regional NSW remains COVID-free, which hasn’t been enough to keep Victoria from declaring it the same risk as Sydney (a “red zone”) and shutting the border.

“I’m very confident with the City of Hume family,” he said.

“We have a very, very small window to chase … it will be really important to understand whether they’ve had any movements outside of the house [and we] will have that today.

“I’m pretty confident that we’ve got a really good start on this one and I think we’ll run that one very hard.”

He was not as confident about the removalists, though, saying he hopes tracing data collected by the movers was accurate.

“The challenge for us there will be making sure we’ve got good, accurate and effective information around exposure sites,” he said.

“It only happened a few days ago – we’re talking about three days ago, Thursday [or] Friday last week.