AUSTRIA will put two million unvaccinated people in lockdown as Covid cases rose by almost 50 per cent in just one week.

The measures are unprecedented in Europe as the government for the first time specifically targeted those who have not had the jab. 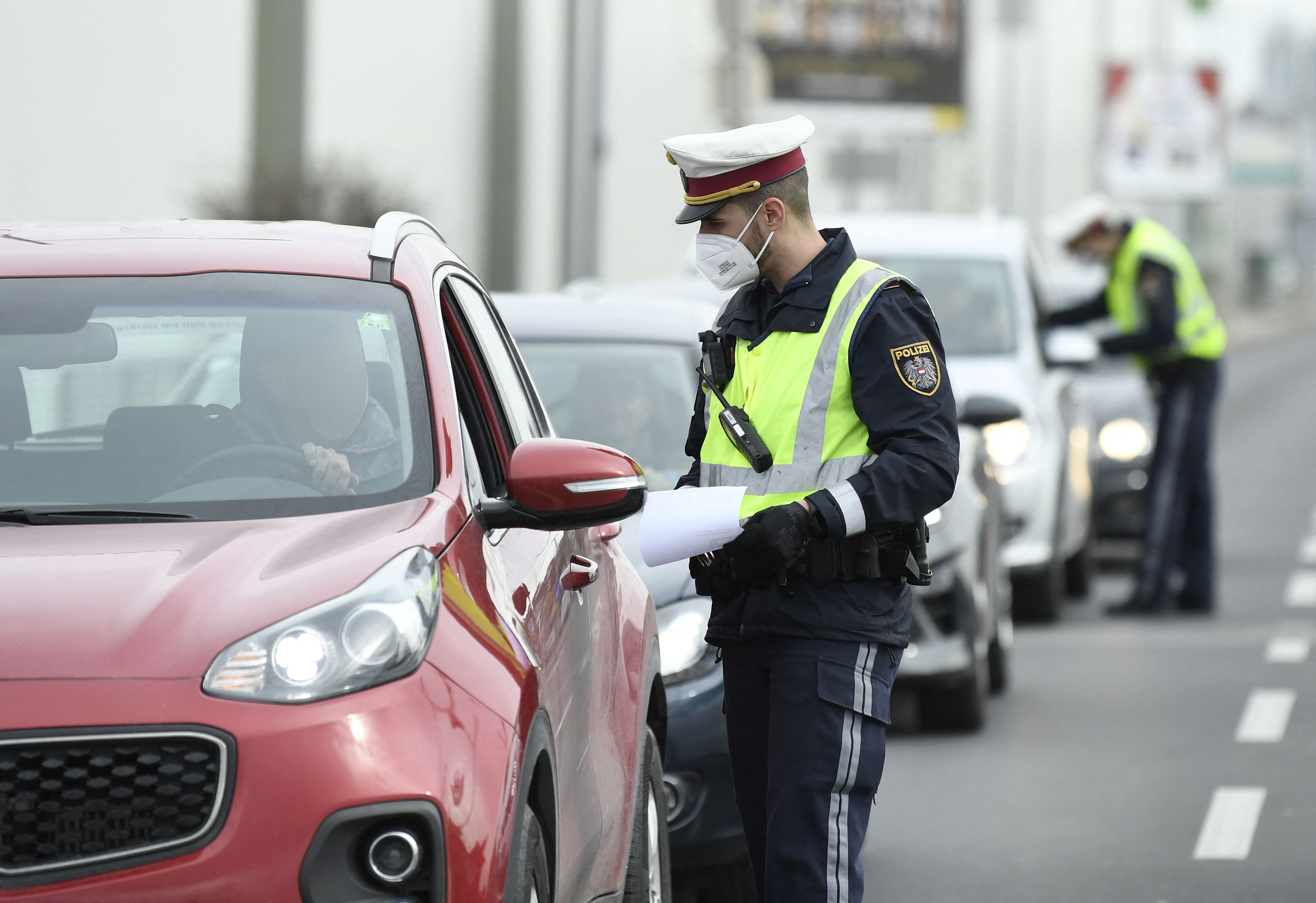 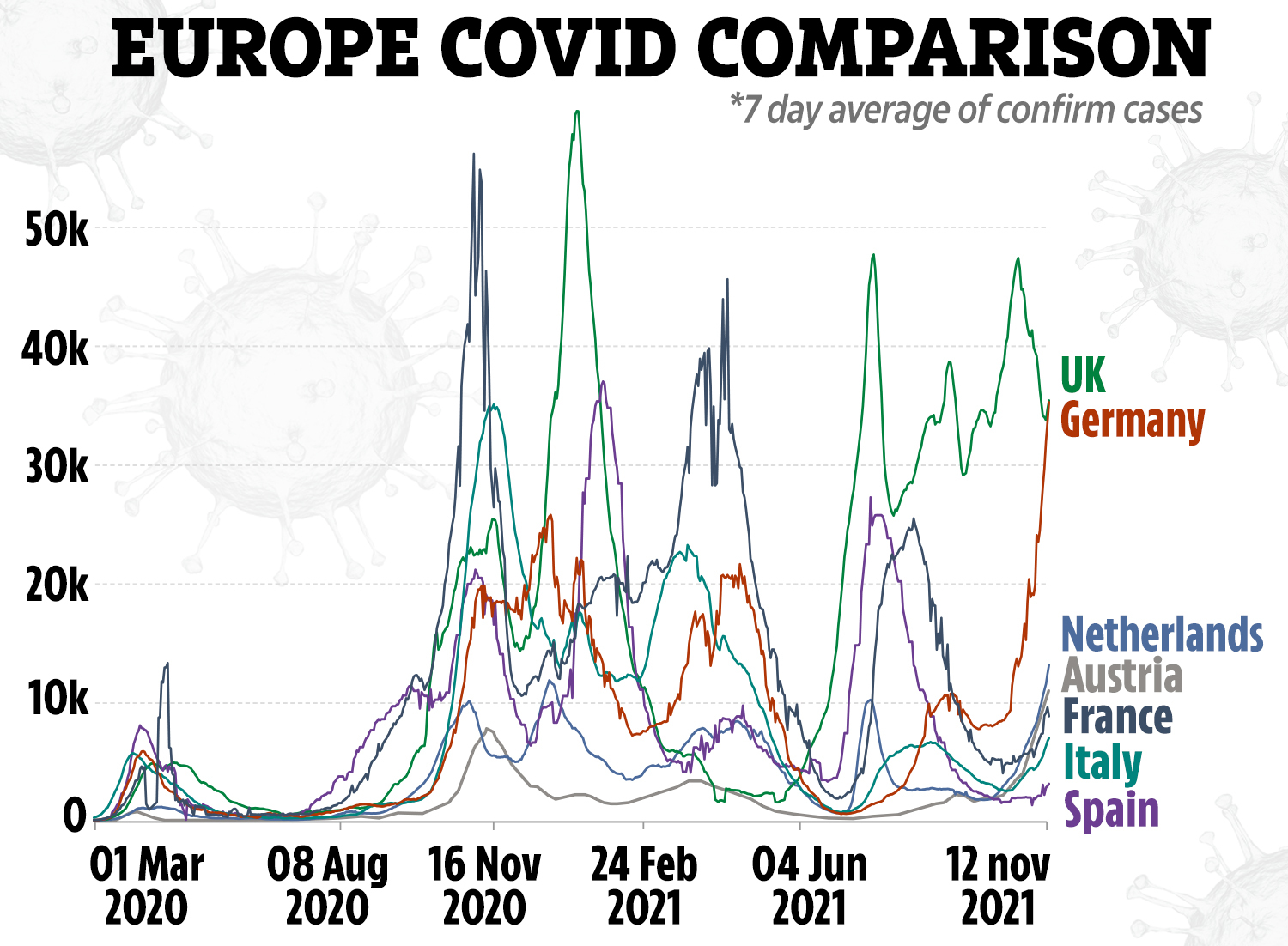 It is estimated two million people will be impacted in the regions of Upper Austria and Salzburg.

The unvaccinated will only be allowed to leave their homes for work, food shopping and going see a doctor.

Health minister Wolfgang Muckstein compared the measures to traffic controls like speed limits – and people will be subject to spot checks.

He urged everyone to "pull their weight" to beat the virus.

Austria's so-called Epidemic Act means people can be handed warning notices, ordered to take Covid tests, and be given fines of £1,900.

The plans were officially signed off today – and could then be applied across the whole country of 9 million.

More than 33 per cent of Austrians have not had their first vaccine dose – one of the lowest rates in the EU.

Austrian lawmakers fear that hospitals will struggle to cope as the virus is surging once again across Europe.

Deaths have also worryingly gone up by 51%, going from 207 to 137 over the last week – one the second highest increase in Europe behind only Croatia.

Mr Schallenberg said: "It’s our job as the government of Austria to protect the people.

"Therefore we decided that starting Monday… there will be a lockdown for the unvaccinated."

Describing the new measures, he previously said: "Unvaccinated people will only be allowed to leave their flats to go to work, for food shopping or when they need to stretch their legs.

"We don’t live in a police state and are not able – and nor do we want – to control every street corner."

The landlocked country now has the third highest number of weekly cases per million people in Europe, behind only Slovenia and Croatia.

Hungary, Germany, Italy, Denmark, Portugal, and The Netherlands have all also seen case increases from between 50 and 40 per cent over the past week.

Meanwhile, France, Poland and Belgium have seen increases of between 40 and 30 per cent, while Spain has seen and increase of 28 per cent.

Britain saw its weekly case rate rise by just 0.7 per cent, but the UK's total weekly case load remains the highest in western Europe with 253,703.

Germany was close second with 249,502 – but no other nations in the region saw increases in six figures.

It comes after The Netherlands also returned to lockdown, sparking fears of new wave of restrictions being rolled out across Europe.

Protesters yesterday brawled with riot cops and were met with water cannons amid fury over the new restrictions.

Prime Minister Mark Rutte said: "The virus is everywhere and needs to combated everywhere. I want every Dutch citizen to be asking, can I do more? Can I do better?

"We had hoped with the vaccines we wouldn’t have to do this, but we see the same situation all across Europe."

Boris Johnson yesterday warned that Covid "storm clouds are gathering" in the strongest signal yet he could impose fresh restrictions in the UK.

The Prime Minister said concerning infection rates in Europe could bleed into Britain this winter.

Mr Johnson said: "We have got a situation now where there is no question that there is a wave of infection coming across Eastern Europe.

"We are seeing numbers rise in Germany very steeply."

However, Professor Neil Ferguson, who advises the government, said Covid restrictions will not be needed over the colder months thanks to widespread immunity from the UK's recent high infection rates and booster jab programme.

Prof Ferguson, who notoriously lobbied for the first lockdown last year, said: "We’re in a very different situation from other European countries at the moment.

“It’s unlikely we'll get anything close to last year’s catastrophic winter wave at this point.

"We can't be complacent, but I don't think we'll be in the situation as the Netherlands."