A BABY boy with "no immune system" is yet to meet his family or go outside four months after being born.

James and Savannah Melhuish, from Barnsley, were shocked when their bub Ellis was diagnosed with CHARGE syndrome and severe combined immunodeficiency (SCID) shortly after his birth in February. 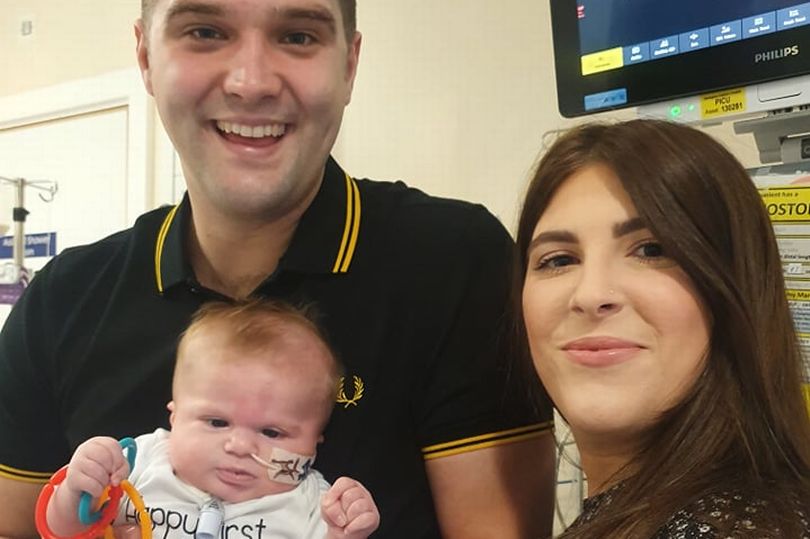 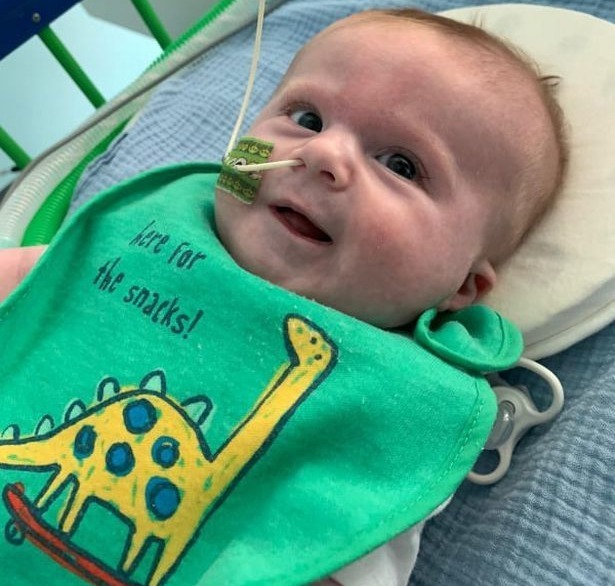 Since then, the newfound parents and their four-month-old have had to call the four walls of their hospital ward home.

Ellis' disorders stop him producing enough white blood cells, leaving him prone to fatal infections which other babies can easily fight off.

James, a 28-year-old solider dad based in Stafford, said the coupled noticed something was wrong during his wife's 12-week scan.

"We noticed that he [Ellis] had some extra fluid at the back of his head.

"From there we had more investigations and we had to go every two to four weeks for scans between Stoke and Birmingham.

"We had 18 scans all together and they did various tests and screenings for genetic conditions – they all came back negative and they couldn't find anymore abnormalities."

But at 20 weeks, scans showed baby Ellis suffered from a heart abnormality which meant his aorta was on the wrong side and a bit thin.

"It wasn't until Ellis was born that he was diagnosed with CHARGE syndrome," James recalls.

The syndrome – which affects around one in 10,000 babies worldwide – causes issues with a newborn's sight, vision, balance, breathing and circulation.

At just a few weeks old, young Ellis underwent urgent heart surgery to fix his aorta and had a tracheostomy fitted to help pump oxygen into his body.

Then, at nine weeks old, his parents were given the devastating news that he no immune system, a syndrome otherwise known as SCID.

"That just threw all of the other problems out of the window," James said.

"We were so lucky that Ellis was still in hospital and with coronavirus even more safety measures were in place than normal. 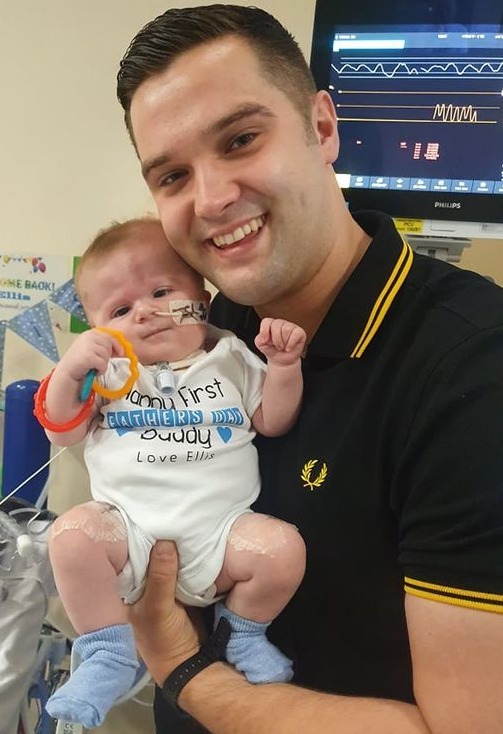 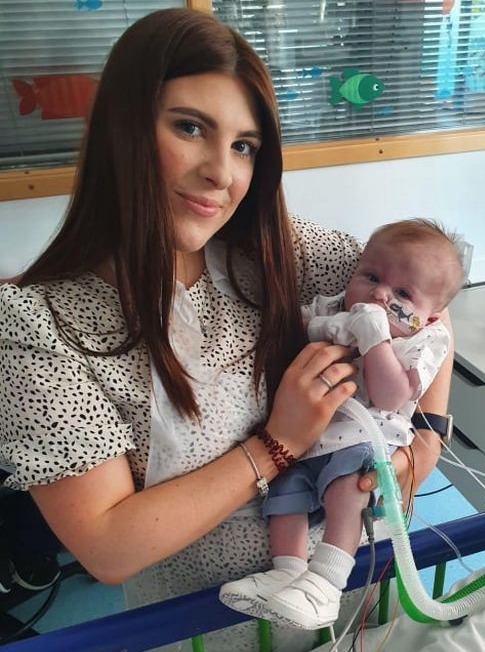 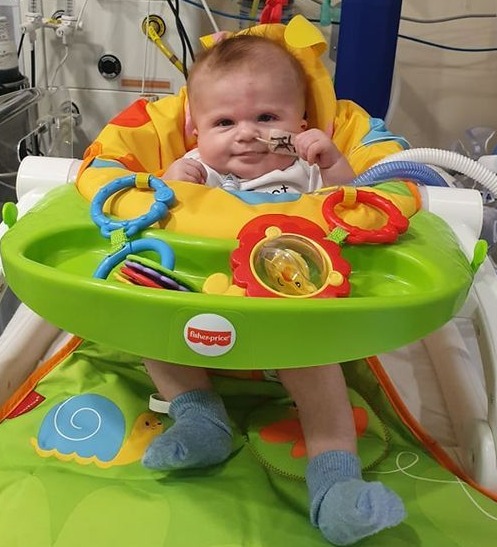 "A common cold, illness or cold sore could have been fatal for him as he didn't have the immune system to fight it off.

"Because of his heart surgery and the tracheostomy we just never left hospital."

James and Savannah were told their son could undergo a thymus gland transplant – an operation that replaces the gland that produces white blood cells with a new one.

Without it, he wouldn't survive past two years old, they were told.

The brave bub was put under the knife for a second time and fitted with 14 pieces of donated healthy glands into each of his legs.

"The surgery is only performed in two hospitals worldwide – at Great Ormond Street Hospital and in America," dad James explains.

"Ellis was the 150th person worldwide and 51st in the UK to have had the surgery."

He added: "He gives me and Savannah so much strength as he is so happy – today he blew his first raspberry.

"We are just thanking our lucky stars that he had his tracheostomy and we had to stay in hospital – as if we had been discharged home we wouldn't have found out about his immune system condition."

The family hope Ellis can be moved to a portable machine for his tracheostomy so he can finally go outside.

Despite the good news, it could take Ellis another six to 18 moths before he has a sufficient immune system.

Until then, he's due back in Great Ormond Street for regular check-ups.

"We think we will be in hospital for a good couple of months yet and we will just have to play it by ear," the 28-year-old squaddie said.

"It has been really difficult – when he was first born Covid restrictions at the hospital meant that at one point only one parent was allowed in to visit at once.

"It meant that we didn't actually both get to see him and to have a family photo until he was four weeks old.

"It has been tough but added Covid measures have just made it even harder – especially when family can't properly meet him either."

Now the family are raising money for the intensive care unit at Birmingham Children's Hospital for sensory equipment and training aids for the staff.

Some of the proceeds will go towards creating a soft toy racoon with a tracheostomy to raise awareness and normalise the procedure for children.

The family have already raised £3,500 both on a Go Fund Me page and through a raffle in just three weeks.