Four-day working week (and a second job on Friday)! Bank where staff earn a full-time salary to work one day less a week says it will support employees who want to boost their income with part-time roles elsewhere

A bank which has moved to a four day working week – with no loss of salary – says it supports employees who want to get an extra job elsewhere on the fifth day.

Thousands of British workers have moved to a four-day week in a UK-first – while being paid the same.

Around 2,600 employees at 100 companies are benefitting from the new working pattern after their bosses signed up to become ‘accredited’ employers in a nationwide scheme.

But Anne-Marie Lister, Chief People Officer at Atom Bank told Radio 4 this morning they would support those who took on a part time role in addition to their four days at Atom – provided there was no conflict – because she believes it could help people’s finances, health and wellbeing. 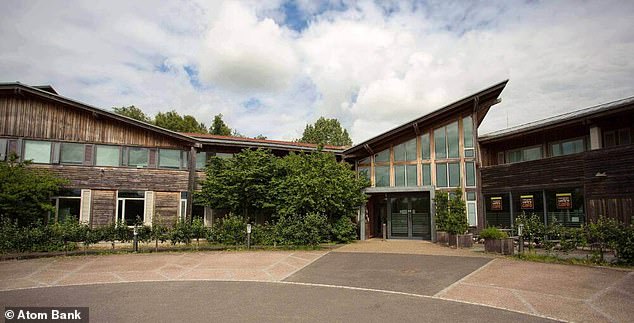 ‘We absolutely understand that the economic climate is affecting people in different ways and people want to use their time for many different reasons and yes to make some money and also to help their health and wellness and a four day week can absolutely help with that,’ Ms Lister said.

Her comments came when asked if she would be happy if staff decided to take an extra job on the fifth day to help with the cost of bills.

‘We’re supportive of people who want to use their time in different ways,’ she added.

‘We ask that our people do come to us to talk to us about what their ideas may be if they are thinking of taking up additional work.

‘We’re a regulated bank, we want to operate continuously as a business so it’s important to us to make sure there aren’t any conflict but outside of that using a four day week for people to be better off financially as well as impact their health and wellness is absolutely what we want to support people with.’

When challenged on whether working a fifth day elsewhere would ‘undo the idea of resting, Ms Lister said she thought it would help people feel better about their personal situations.

‘If they’re working it’s likely helping them feel better about their personal situation so what they give in time they may well get back in how they’re feeling and their wellness so I don’t think it would automatically mean they’re more tired or they couldn’t give back to our organisation.

‘What our people are telling us is they are hugely proud to work for Atom, an organisation that has been brave to implement a four day working week.

‘I think it really impacts employee engagement in a way that makes people proud and connected and want to work at Atom even more.’ 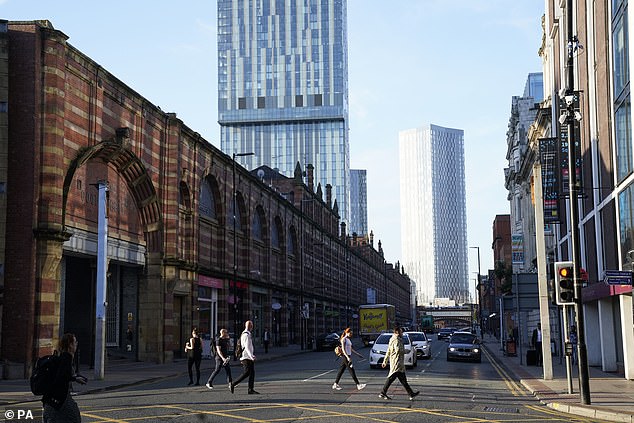 Four days – but no loss of pay

70 UK companies and over 3300 workers began a pilot scheme in June for a four day week.

Participating organisations were trialling a four day week with no loss of pay for employees, based on the principle of the 100:80:100 model – 100% of the pay for 80% of the time, in exchange for a commitment to maintain at least 100% productivity.

The pilot ran for six months and was organised by 4 Day Week Global in partnership with leading think tank Autonomy, the 4 Day Week UK Campaign, and researchers at Cambridge University and Boston College.

Globally, small companies to large corporates in diverse sectors have boldly embraced the productivity-focused, reduced-hour model of work, as pilot programmes are also rolled out in North America, Ireland, and Australia and New Zealand in 2022.

Speaking to Radio 4 about why she thinks it works the Chief People Officer said: ‘It’s worked really well for us. So we’ve been operating on a four day week for just over a year and in that time we’ve seen some fantastic progress.

‘We have the highest employee engagement score we’ve had at 84 per cent, happy employees translate to happier customers, a bigger and better business and that’s absolutely what we’ve seen in the last 12 months.

‘We’re 4.7 rated on Trustpilot and one of the top three banks in the country at the moment and therefore I think what we’re doing for our people is absolutely paying off.’

The two biggest companies that have signed up to the four day week are Atom Bank and global marketing company Awin, who each have about 450 staff in the UK.

They have been accredited by the four-day week campaign, meaning they have demonstrated that they have genuinely reduced hours for workers rather than forcing them into longer days.

The UK campaign also coordinated the world’s biggest pilot scheme with more than 3,300 employees across 70 companies and charities who took part in the radical six-month experiment.

The trial included researchers at the Universities of Cambridge and Oxford, Boston college and thinktank Autonomy.

The Royal Society of Biology was one of 70 companies to take part in the six month pilot scheme organised by 4 Day Week Global in 2022.

A spokeswoman for the company, which employs 37 people, today told the MailOnline full-time staff are not able to take on a second job.

‘RSB took part in the pilot in 2022, and positive results mean that we are running this again for our employees through 2023, although it remains non-contractual,’ she said.

‘The objective of our four day working week is to offer staff greater choice in managing their time by encouraging a review of working practice and behaviours to improve efficiency, allowing the same work to be completed in less time.

‘This is intended to create a good work/life balance and a virtuous circle where staff are more mentally rested helping achieve the needed productivity increases.’

Advocates of the four-day week have said that the five-day pattern is a ‘hangover’ from an earlier economic age.

They also argue that a four-day-week would drive more companies to improve their productivity, meaning they can create the same output, just in fewer hours.

In September, 88 per cent of those companies in a survey at the middle of the trial said the four-day week was working ‘well’ for their business at that stage of the trial.

About 95 per cent of the companies surveyed said productivity had either stayed the same or improved since the introduction.

However, only around half of those taking part (41) responded to a survey canvassing opinion at the halfway point, with nearly nine in ten of the respondents saying that they would keep the scheme in place beyond the trial period.

15% surveyed claimed that productivity had surged dramatically – while the remainder recorded either no change or only a ‘slight improvement’ in output.

Companies previously said they had struggled with rota chaos and staff confusion after rolling out the four-day week, with bosses admitting that they doubted the policy could survive the trial period.

A range of businesses and charities took part, including the Royal Society of Biology, hipster London brewery Pressure Drop, Southampton computer game developer Yo Telecom, a Manchester medical devices firm, and a fish and chip shop in Norfolk.

Most of the companies that have officially adopted the four-day week are in the services sector such as technology, events or marketing companies. However, the campaign said that some manufacturing and construction employers had also signed up.