Ms Kirkwood said: “You can see low pressure is still driving our weather and the isobars are more spaced out.

“But later we have got this clutch of fronts coming our way and that will turn the weather much more unsettled later tonight and into tomorrow.”

Ms Kirkwood explained that throughout the UK there would be breakouts of showers before the heavier rain set to come.

She said: “To start the day there is some sunshine and bright skies as well but we do have showers from the word go. 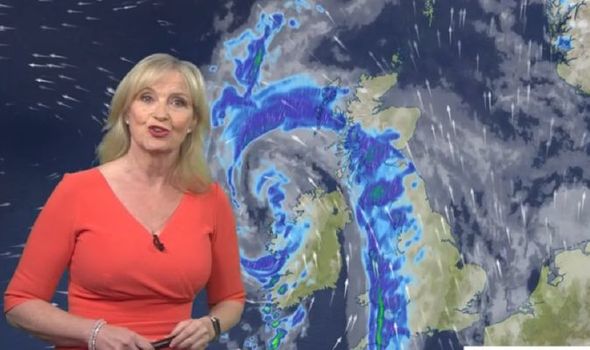 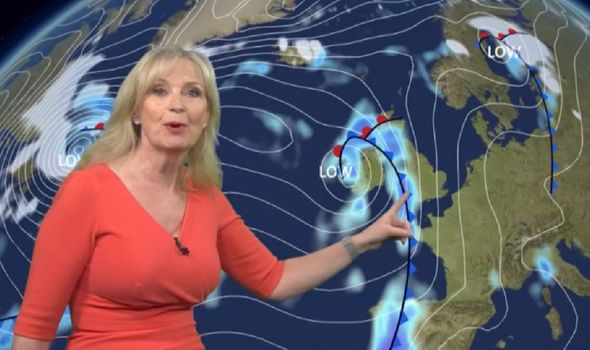 “At times we will see further showers come in from the English Chanel across some southern areas but many of us will stay dry.”

Despite the showers temperatures across the country are expected to be in double digits.

Only Scotland and some parts of Northern Ireland will see temperatures just shy of double-digit figures.

Ms Kirkwood then remarked on the incoming new weather front set to bring more rain in the UK. 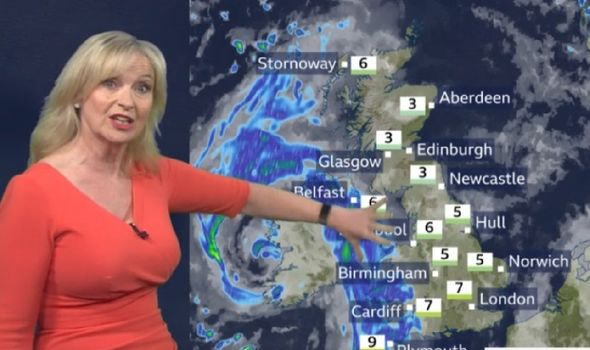 She said: “We have got this next system waiting in the wings which is going to bring in rain as we go through the evening and also strengthening winds.

“As the rain comes in here is the area of low pressure with the rain curled around it, the wind will strengthen through the Irish Sea.

“The Met Office has a wind weather warning out for southwest England and also the east of Northern Ireland which is valid until 3 o’clock tomorrow afternoon.” 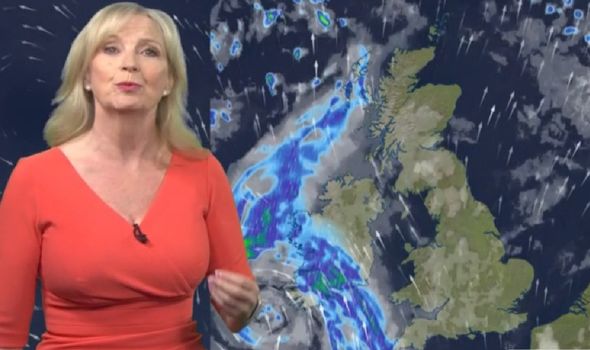 She said: “Here the isobars are quite tightly packed across the UK but the strongest winds will be in the west.

“All these weather fronts are going to be moving westwards on Wednesday.

“So we are all going to see some rain at some stage during the day tomorrow.”