BBC Weather forecaster Matt Taylor warned that across the whole of the UK it will still remain freezing over the coming days. During the day, temperatures may remain above freezing however snow showers are still expected throughout Thursday and Friday. The nights are expected to be particularly cold as a wind chill forces temperatures as low as -15.

Mr Taylor said: “For most, it is a dry and bright start.

“We do have some light snow across the southern areas of England and they are likely to continue.

“There will be one or two snow showers in Northern Ireland that will clear and we sill see some more snow showers pushing into the very far east of Scotland.

“Most will stay dry though with sunny spells and there will be an added wind chill to the southwest and across parts of Ireland. 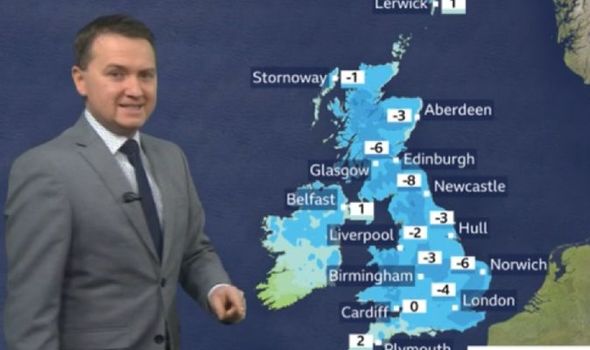 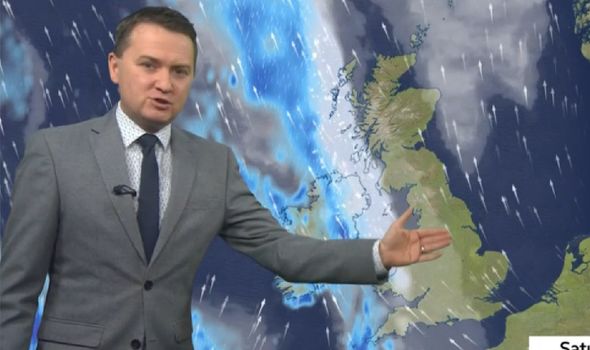 “Through parts of Cornwall and Pembrokeshire, we could see a little bit of light snow falling later in the day.”

The BBC Weather forecaster noted that temperatures would be just above freezing during the day but would drop considerably going into the night.

He said: “Temperatures are just above freezing and it is going to feel cold in that particular wind in the west.

“There will be more cloud tonight in western areas and Northern Ireland could see some snow into tonight and tomorrow morning. 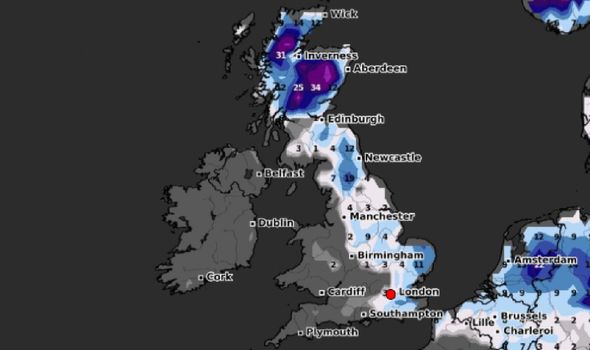 “Snow showers return to the likes of Aberdeenshire, Angus and Fife.

“Temperatures will be down to -10 in some spots, particularly in parts of north-west Scotland.”

“As we go into tomorrow snow showers will return to those areas that have been hit by the snow of late.”

Mr Taylor closed by describing the impact the strong winds will have across the country. 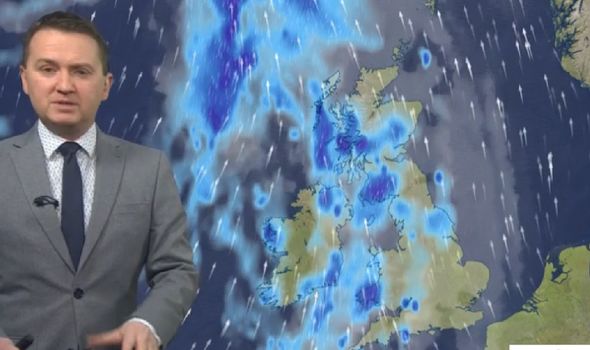 “The cold air just about holds on this weekend and mild air tries to fight its way back.

“It won’t be winning on Saturday as eastern areas dry and bright but there will be an added wind chill from the strength of the wind.”