This is the rather awkward moment BBC presenter Jeremy Vine accidentally said ‘love you’ to a listener as he hung up on a phone-in.

Vine had been speaking to guest Anne Mantel, from Chichester, on his Radio 2 lunchtime show, when the words ‘just came out’.

The pair were talking about a peacock butterfly that had been hibernating for two months after it had flown into her house. 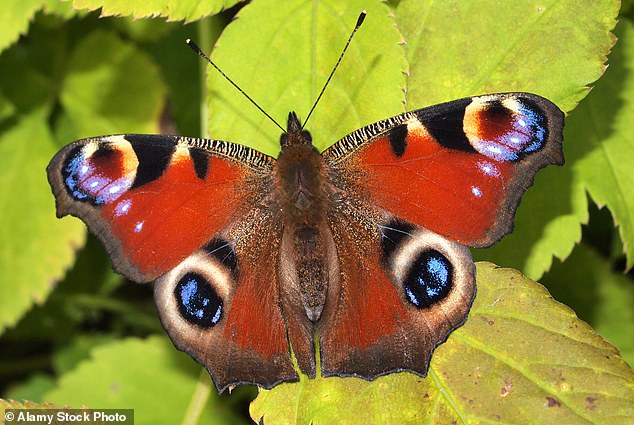 Jeremy Vine had been speaking to guest Anne Mantel, about a peacock butterfly that had been hibernating for two months after it had flown into her house

As he ended the conversation, Vine said: ‘Thanks for listening – look after that butterfly.’

Ms Mantel replied: ‘Will do, thank you. Thanks Jeremy.’

But in a moment of fluster Vine then replied: ‘Bye Anne bye. Love you, bye.’

Shocked at his own words, he quickly backtracked: ‘Ooh gosh, why did I say love you? I’m so sorry. It was a gaff.’

Audibly embarrassed, Vine quickly tried to move on by speaking to another caller, Jamie Dutton. 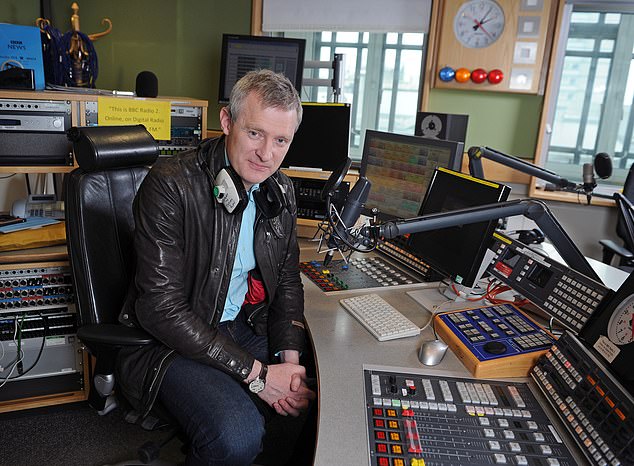 After accidentally saying ‘love you’ to the listener. An audibly embarrassed Vine quickly tried to move on by speaking to another caller, Jamie Dutton.

The but the builder, from Huddersfield, immediately brought up the last call: ‘I think you just made that lady’s day then.’

‘It just came out but I mean I guess it’s true,’ Vine replied. ‘Don’t worry I won’t say I love you at the end of this call.’

But then Vine made another gaffe, saying he wouldn’t tell Jamie ‘I love you’ because it would somehow be ‘illegal’.

Listeners later questioned why Vine made the second awkward remark, with Vine correcting himself by saying ‘I could happily say it to him too’.

The clip has been shared on social media, with some people sympathising with the presenter over awkward ‘love yous’ and incorrectly calling strangers ‘mum’.