Lebanon needs a new “political initiative” as part of its rebuilding process because of corruption in the country, the French president has told Sky News.

Emmanuel Macron became the first foreign leader to visit the site of the Beirut explosion on Thursday.

The French leader arrived in the country with aid as international search teams are helping with the relief effort.

Sky’s Alex Rossi asked Mr Macron what the European community could do to help.

The French president replied: “To help as happily as we can, we brought drugs, direct aid and soldiers, doctors.”

He added: “But you see the tension, people are very nervous against their politicians… we need to launch a new political initiative to change in depth what is happening today.

“Because all of this nervosity that you see, all of this fear, this anxiety, this anger is against politicians and against corruption in the country.” 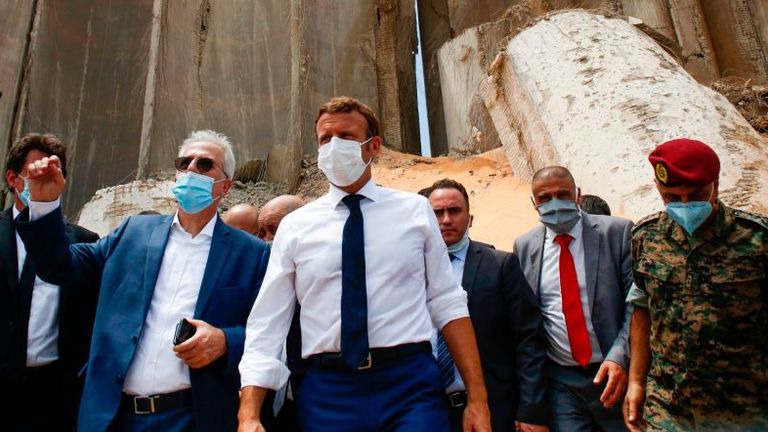 Mr Macron also said a lot of things are “broken” in the country, before adding: “But you know in this country you have marvellous people

“Lebanese people are so brave.”

The French president also warned that the country will “continue to sink” without serious reforms.

Mr Macron said his visit is “an opportunity to have a frank and challenging dialogue with the Lebanese political powers and institutions”.

Later, as he toured one of the hardest-hit neighbourhoods, an angry crowd vented its fury at Lebanon’s political leaders, chanting “revolution” and “the people want to bring down the regime”.

Mr Macron said he was not there to endorse the regime and vowed French aid will not fall into the “hands of corruption”.

France is one of several countries around the world, including the UK, Germany, Russia, Canada and Bangladesh, that have pledged support to Lebanon.

But the Middle Eastern country, which was already mired in a severe economic crisis, faces a daunting challenge in rebuilding.

It is unclear how much support the international community will offer the notoriously corrupt and dysfunctional government. 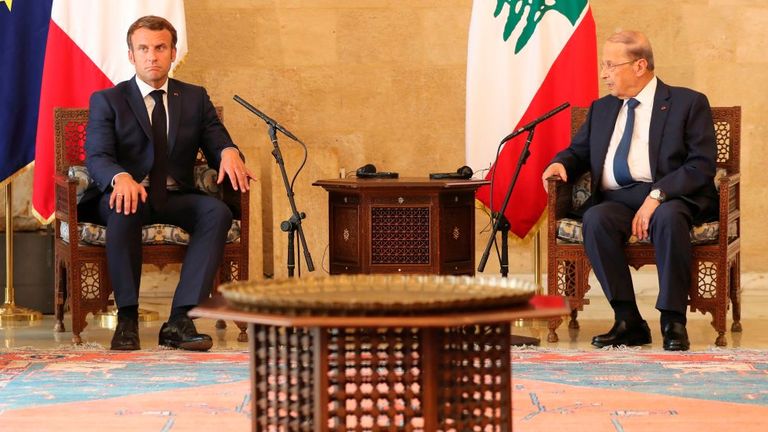