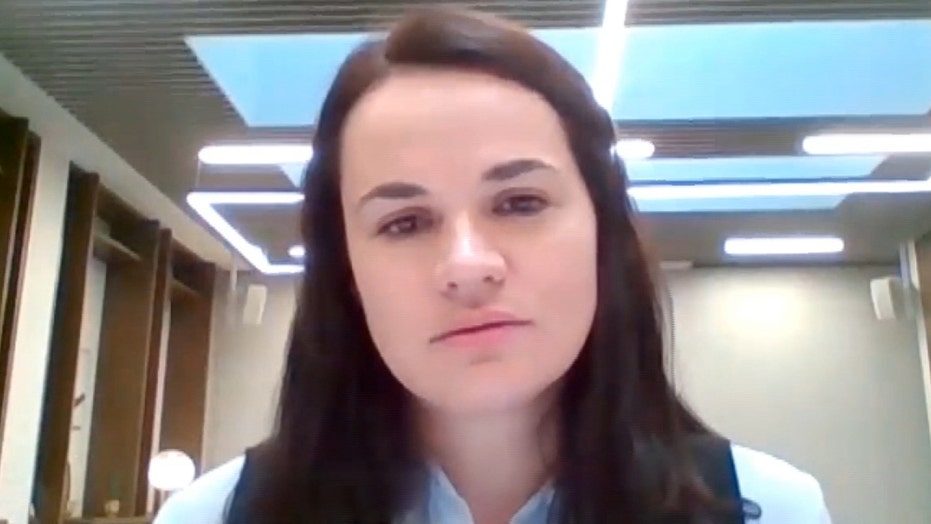 Students were dragged from protests against the contested re-election of Belarusian President Alexander Lukashenko, by masked men who hauled them into vans, reported Reuters Saturday.

Students wore red and white opposition colors as they protested Lukashenko for the fourth week across the city. On Karl Marx street in the center of the nation’s capital, students were targeted by men in masks.

US TROOPS DEPLOY TO LITHUANIA DURING HEIGHTENED TENSIONS IN EASTERN EUROPE

They also protested in front of the Minsk State Linguistic Institute where five other students were reportedly arrested Friday, according to Reuters.

Thousands of women reportedly held a separate demonstration later, protesting the arrests of students and shouting “hands off the children.”

Reports of severe abuse by those who have been arrested over the last several weeks of demonstrations, have emerged once people are released.

Dozens of protesters who were arrested have disappeared, along with dozens of journalists.

The government has denied any abuse of detainees, but photos of demonstrators released from police custody suggest otherwise.

A woman marching Saturday carried a poster of an injured demonstrator, an apparently badly beaten woman. She was photographed showing the poster to a police officer monitoring the protest.

Hundreds of others reportedly congregated for a service at a Catholic church in Independence Square, to show solidarity to Archbishop Tadeusz Kondrusiewicz. He was barred from entering Belarus this week, after returning from a trip to Poland.

Protests erupted in Belarus following the Aug. 9 presidential election that resulted in the re-election of Lukashenko, who claimed to have won with 80% of the vote, and alleged that his opponent, Svetlana Tikhanovskaya, received only 10% of the vote.

The European Union has rejected the election results and is considering placing sanctions on Belarus.

U.S. Secretary of State Mike Pompeo also has said that the U.S. and its allies are considering sanctions.

Lukashenko rejects all accusations of a rigged election.