BITCOIN has plummeted into the dreaded "death cross" phase amid fears of a cryptocurrency meltdown.

It has been tumbling since Friday in the wake of China’s expanding crackdown on crypto-mining, as investors grow more uncertain about the future of the leading currency. 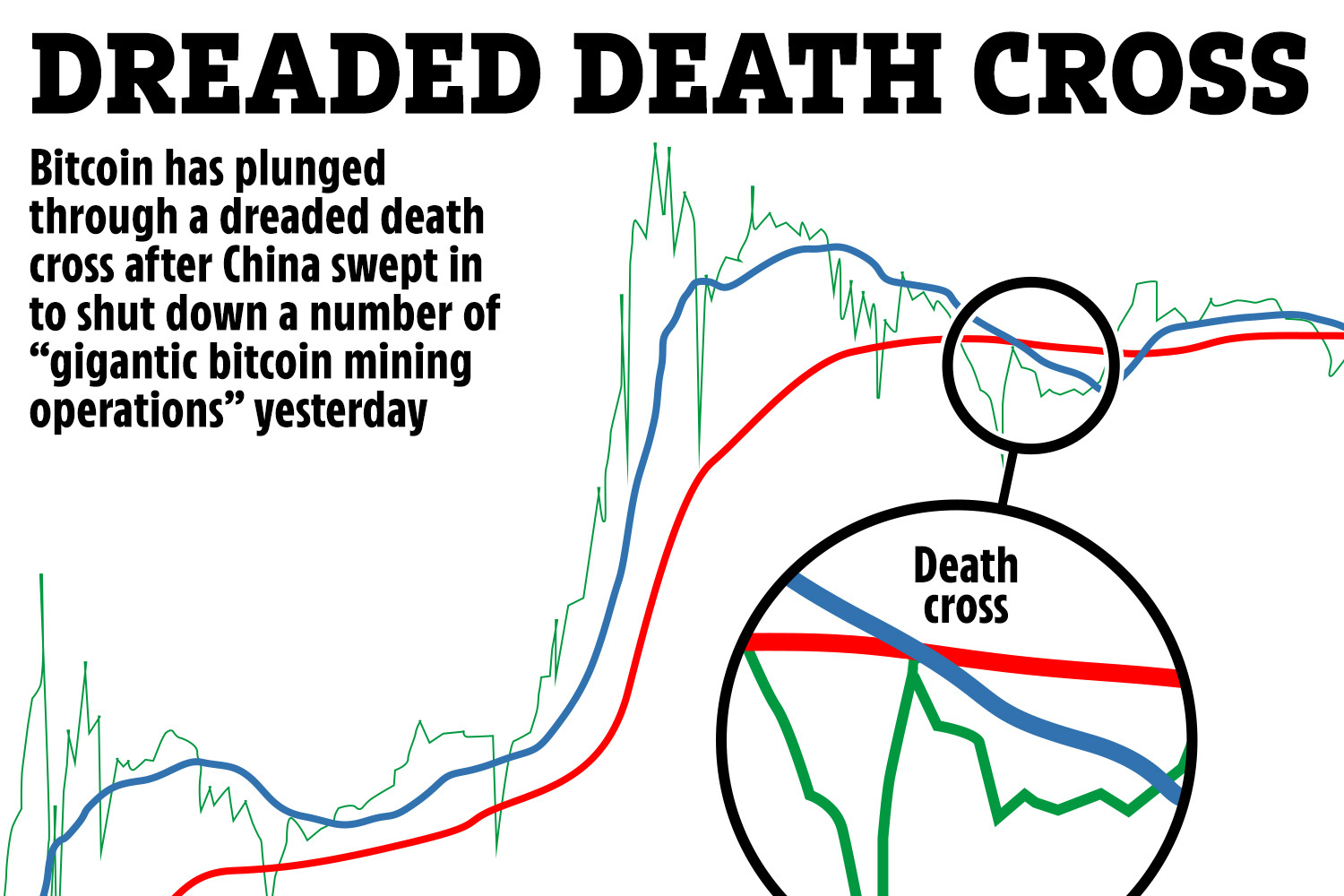 After this huge price plunge, several analysts say this has formed what is known as a "death cross".

This pattern could lead to another major sell-off of the coin.

The opposite trend is called a "golden cross".

The last death cross on the bitcoin chart occurred in March 2020 after the cryptocurrency had plunged nearly 60 per cent over a six-day period — and just before it started a historic rally of more than 1,000 per cent over the next year. 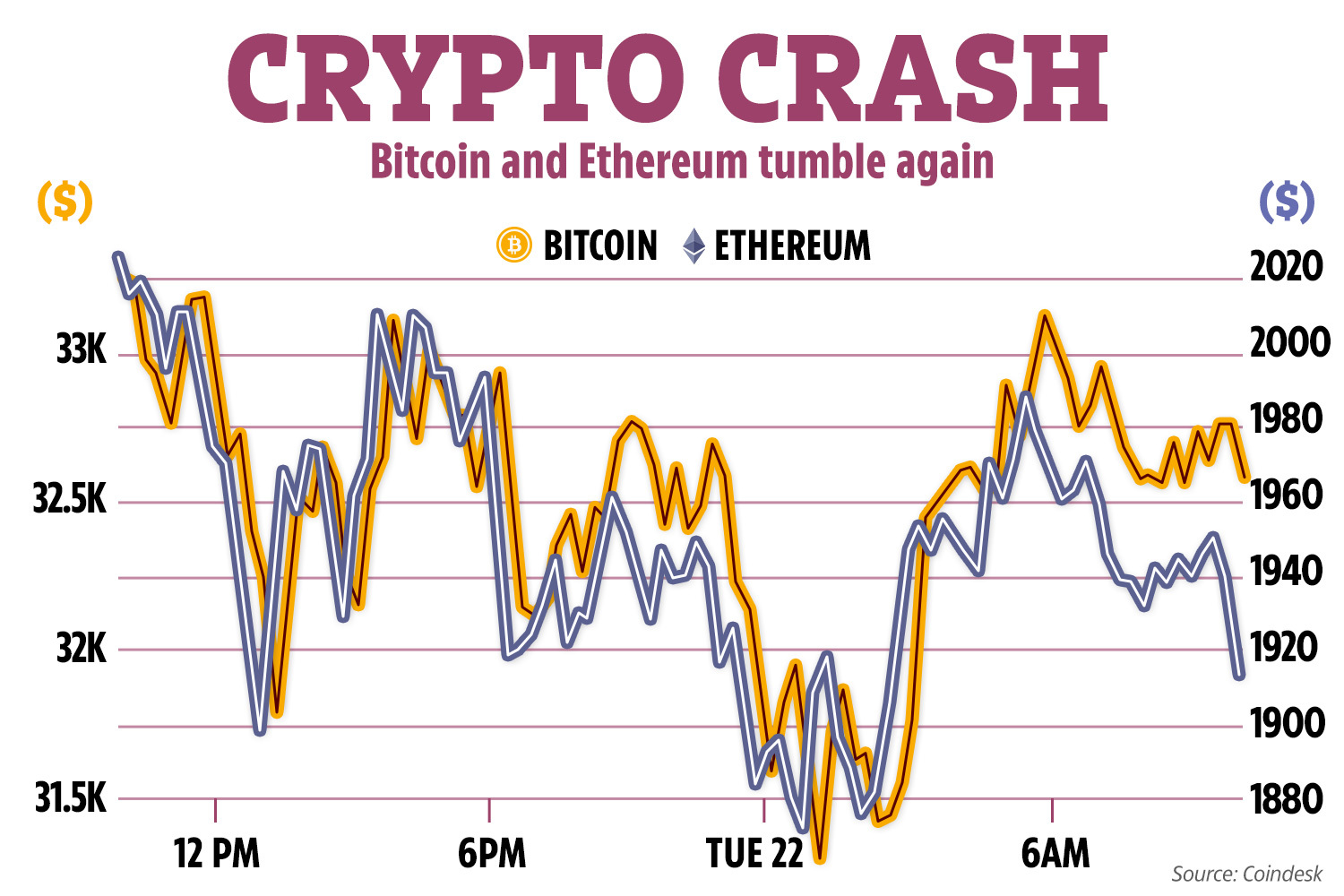 THE Financial Conduct Authority (FCA) has warned people about the risks of investing in cryptocurrencies.

Other cryptocurrencies have been hit even harder, with Ethereum down 13.44 per cent and XRP down 11.47 per cent.

Meanwhile, Dogecoin has taken a 28.45 per cent hit. 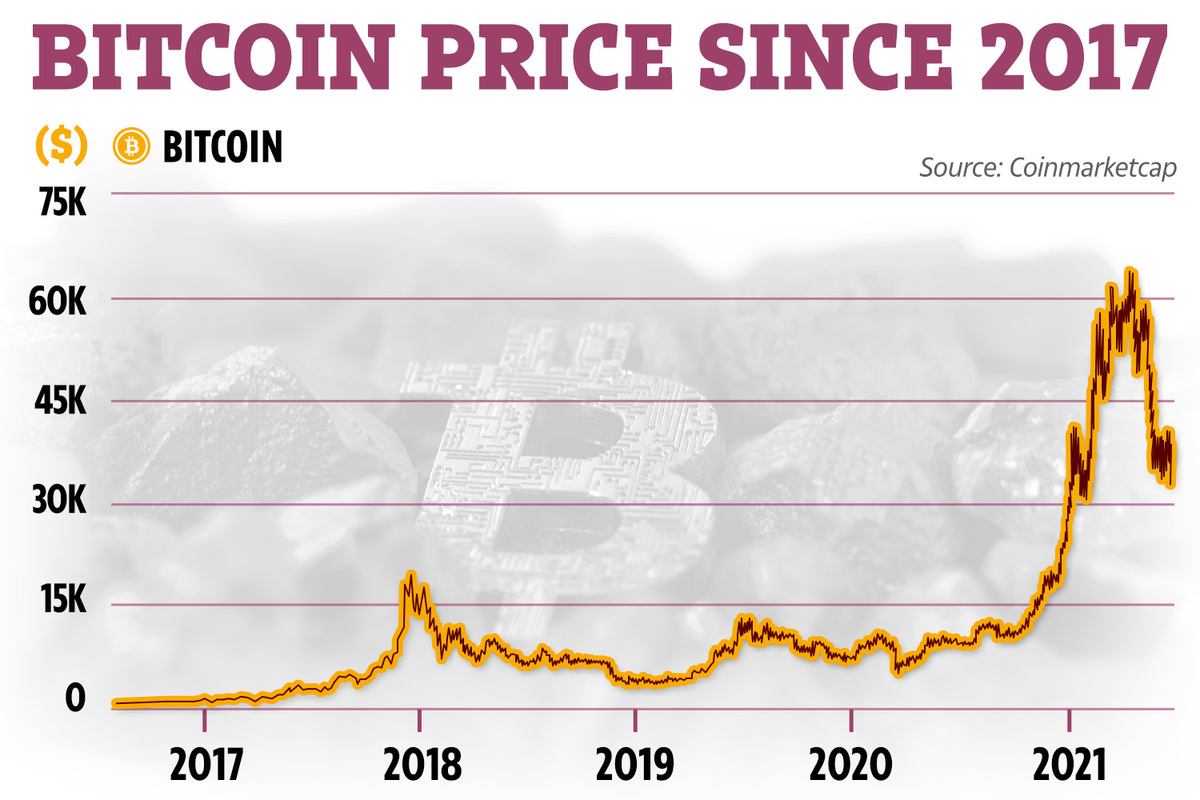