Home » World News » Blackmailer faked his own kidnap and torture to rake in £10,000 – but is caught by poor spelling

Blackmailer faked his own kidnap and torture to rake in £10,000 – but is caught by poor spelling

A FRAUDSTER has been jailed for faking his own kidnapping after being caught out by his bad spelling and grammar in the blackmail messages.

Christopher Sellman, 23, plotted against his own friends to rake in £10k which he splurged on sports clothes and takeaways. 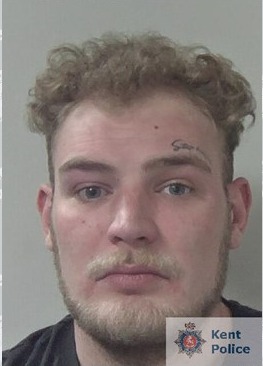 He sent pals a picture of himself with a razor blade held to his throat, and claimed that his life was in danger while he was being held captive.

A series of chilling messages told his friends to pay a ransom to the “kidnapper” in exchange for his safety in February of this year.

Canterbury Crown Court heard that after his friends paid the money, they received more messages demanding money to ensure that he stayed safe.

His concerned friends paid £1,000 as the “kidnapper” demanded more cash, and they received a terrifying picture of Sellman with a gun in his mouth.

On March 15 they received another threatening message, and told the “kidnapper” that they didn't have any more money to send.

The “kidnapper” then said they knew where the victims lived and threatened them with violence, so they called the police.

Sellman sent sick pictures to his friends of him with a crossbow to his face and a razor blade to the back of his head.

They also received a twisted video which showed someone repeatedly forcing his head underwater.

During the ordeal, the victims changed their phone numbers but instead, they began to get messages sent via email and social media platforms.

In total they paid around £10k to the kidnapper as they believed that both they and Sellman could come to harm otherwise.

But dim Sellman was caught out when detectives compared his own text messages and those of his alleged captors and spotted why both had the same mistakes.

Officers raided his former home in Ashford on March 24 and discovered the weapons used in the pictures.

Sellman was charged with blackmail and sentenced today to two years and four months in prison.

His ex-girlfriend Stephanie Gibb, 28, was also charged with blackmail and was handed a 18-month prison sentence suspended for 18 months.

Investigating officer Police constable Edward Pegg said: "Sellman showed an appalling abuse of trust for those who care about him, faking his own kidnap and torture for money to spend on sports clothing and takeaways.

"The victims were terrified of the consequences if they didn’t pay, their only concern being to protect Sellman.

"My thoughts are with the victims, and I hope they are able to look forward and take the time they need to recover from this incident."