BONKERS Covid conspiracy nuts think a guitar pedal diagram is actually an evil plot to inject 5G chips into the public with vaccines.

Online anti-vaxxers believe the document is at the heart of a global conspiracy but in fact it’s simply the circuit of an effects pedal. 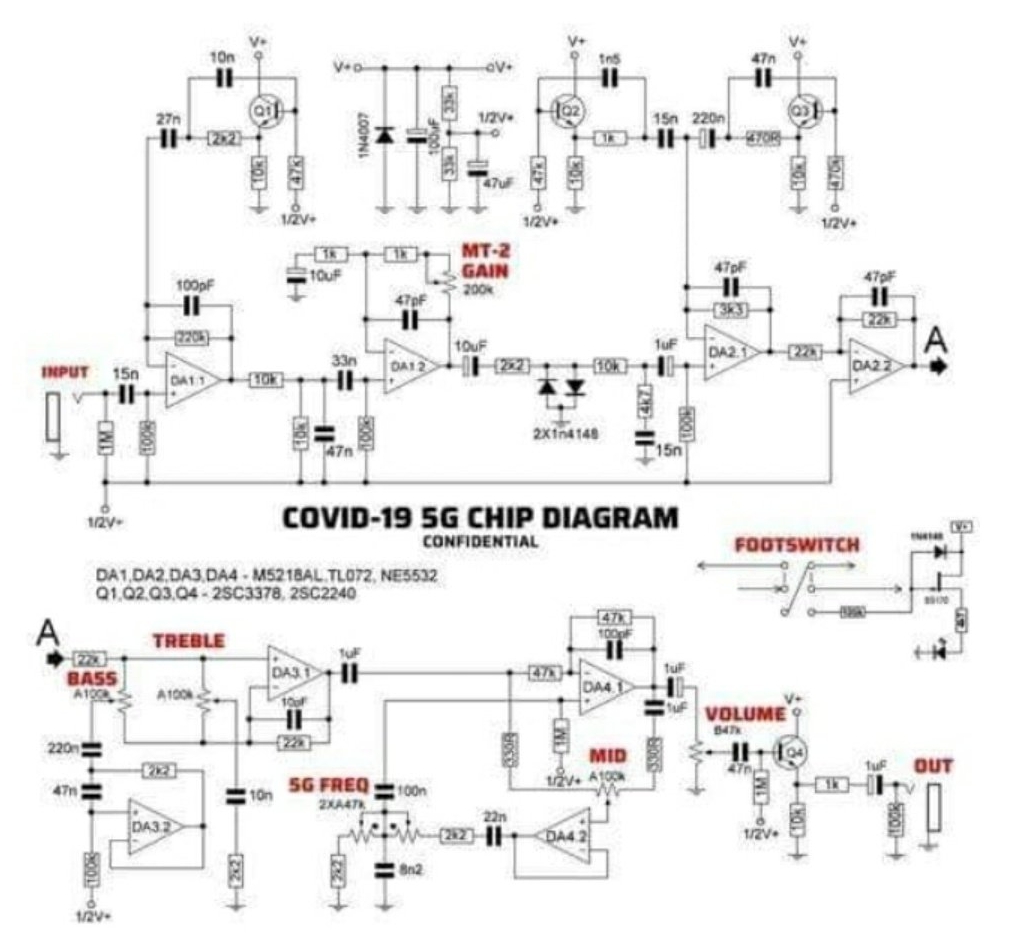 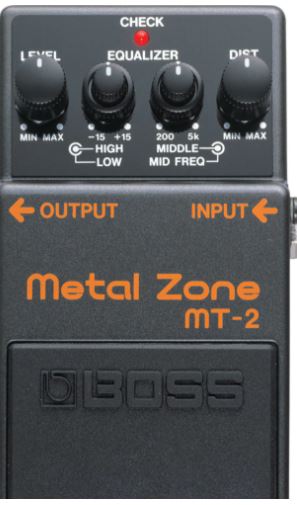 He tweeted: “Here in Italy people started to share this figure claiming that this is the diagram of the 5G chip that has been inserted in the COVID vaccine.

“In reality it is the electric circuit of a guitar pedal and I believe that putting it in the COVID vaccine has been an excellent idea.”

The image appears to have been altered to add the “COVID-19 5G” chip allegation and a reference to “5G frequency”.

But whoever edited the diagram didn’t go as far as removing musical terminology such as bass, treble and volume.

In response many have sought to mock those sharing the phony looking diagram, a hefty proportion of them through the form of guitar-effect-based puns.

Twitter users chimed in saying: ''conspiracy went into overdrive,'' and ''This is the Pfizer vaccine. The Moderna vaccine contains a wah-wah quad helix antenna.''

Whilst one other simply commented: ''wah-wah''.

Covid conspiracy theories have been floating since the pandemic began with groups like the Arnica Parents' Support Network continuing to plug anti-vaccination propaganda to nearly 40,000 people.

The Arnica Facebook page – whose followers include frontline NHS staff – has hosted numerous messages downplaying the pandemic, including from key workers.

One carer says she doesn't think "we would die from the virus" and believes the media has "exaggerated the virus because it comes from China".

Posters have gone further still by claiming it's not a pandemic at all – despite a 58,784 new cases and more than 407 deaths (within 28 days of a positive test) reported by Public Health England in the last 24 hours.

Members of the same group have also been sharing bogus remedies and myths like the discredited 5G hoax.

Back in April 2020, the 5G hoax led to conspiracy theorists setting 5G phone masts alight after a bogus theory that the masts were creating creating radiation that sparked an influx of of COVID-19 cases.

Politicians, celebrities and influencers were responsible for producing or spreading 20% of fake coronavirus claims online, according to Oxford's Reuters Institute.

More recently, a pharmacist who allegedly sabotaged 570 Covid-19 vaccine doses is also believed to be a conspiracy theorist who thought the jab could alter DNA.

Steven Brandenburg, was arrested at a hospital in Wisconsin, was “an admitted conspiracy theorist” who was convinced that the vaccine could hurt people and “change their DNA,” police in Grafton told The New York Times.

Vaccinations from companies including Pfizer and Moderna have begun being administered in the UK where they enter their third lockdown as a result of the influx of cases.

This article originally appeared on news.com.au