BOOZY Brits took advantage of the three-day weekend last night as they flocked to bars and pubs.

Punters across the country braved the cold and hit the town just three weeks after lockdown restrictions were eased. 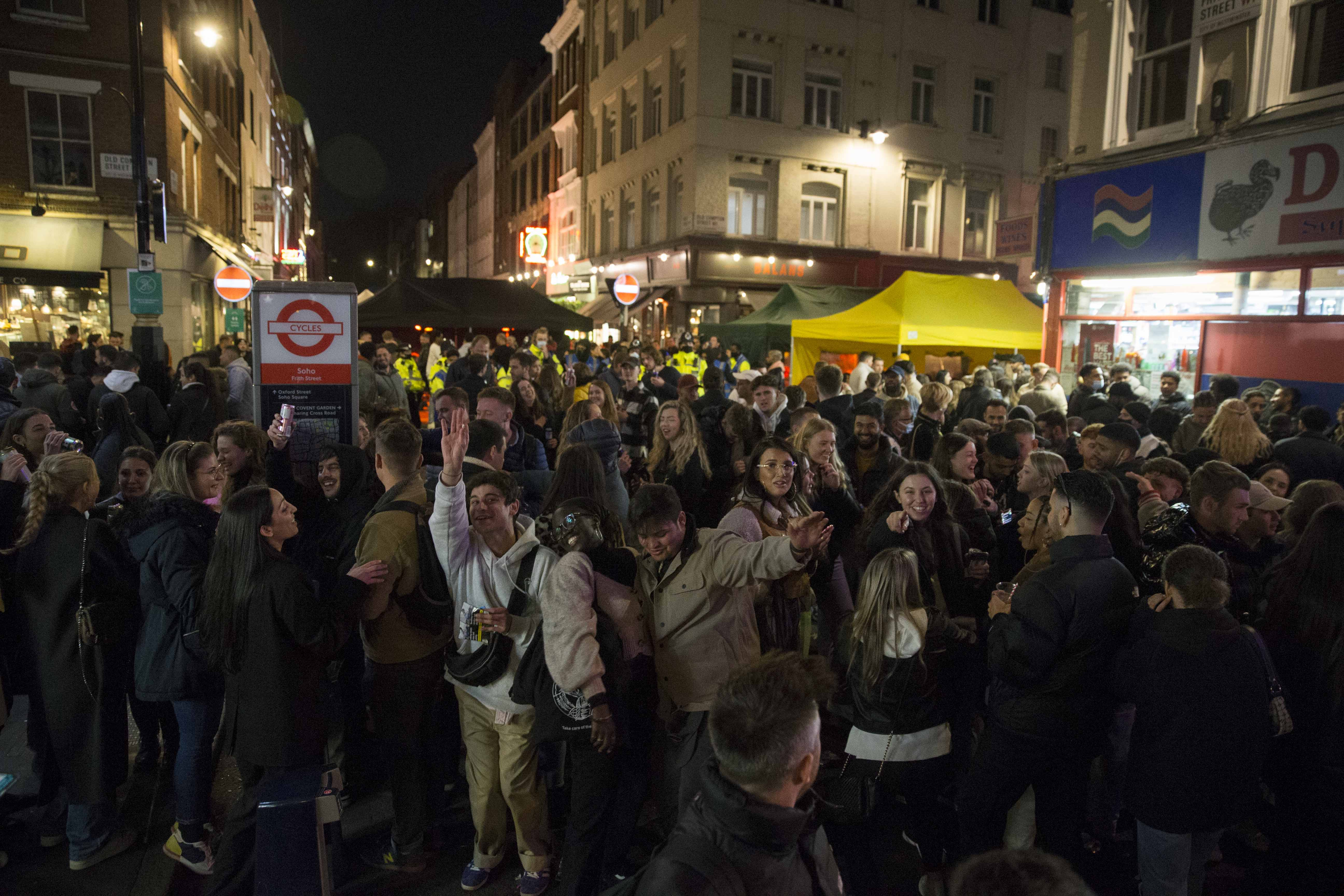 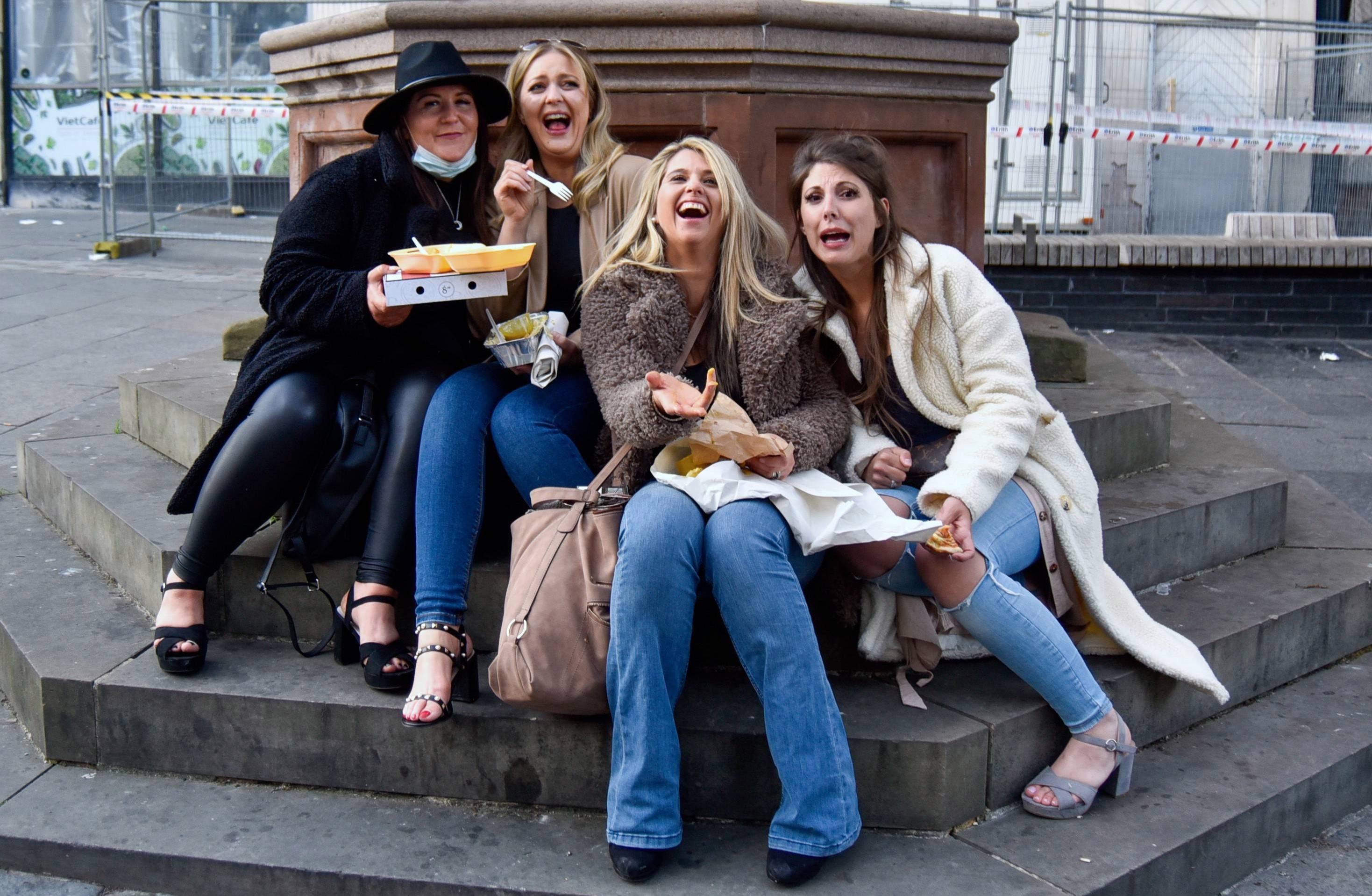 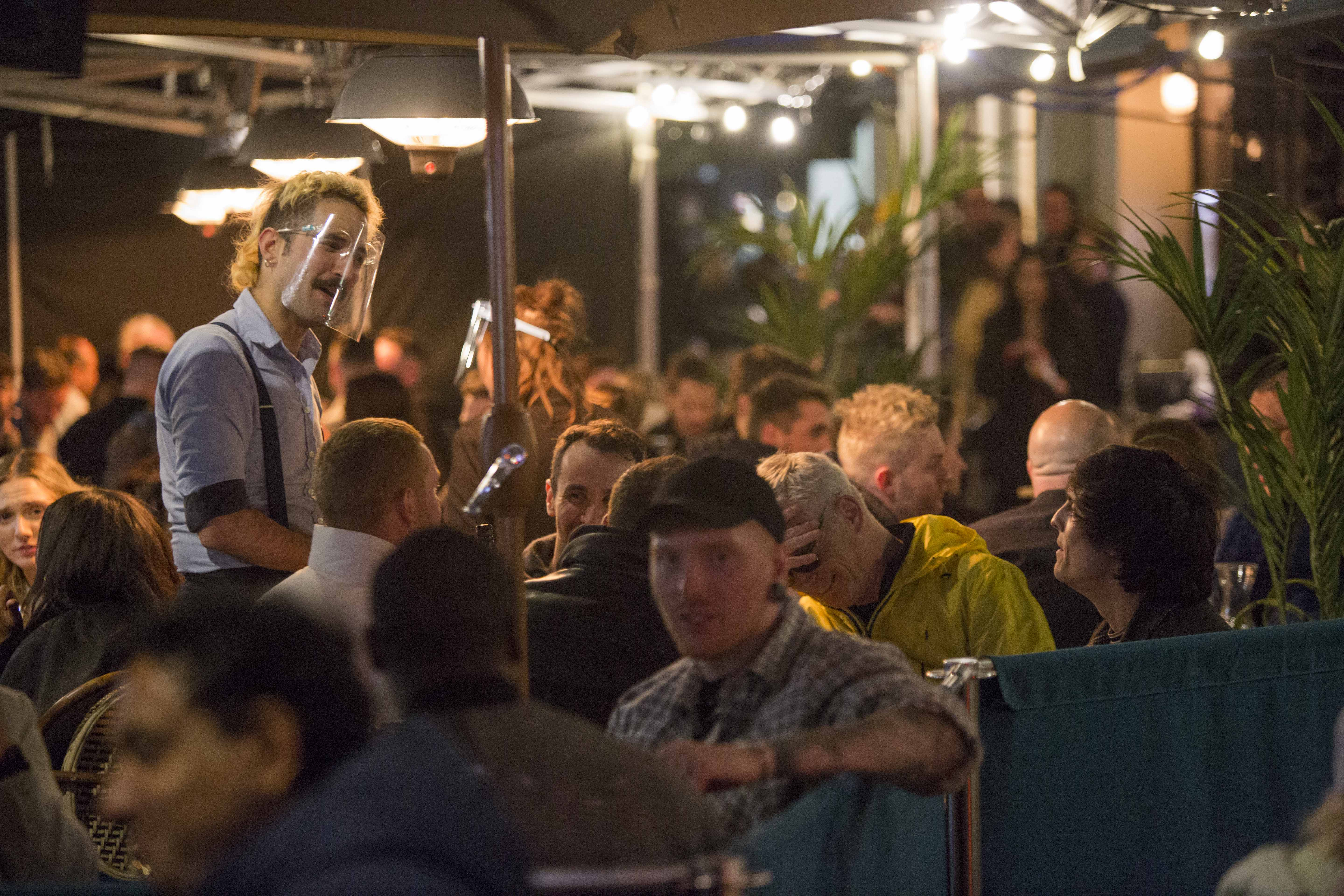 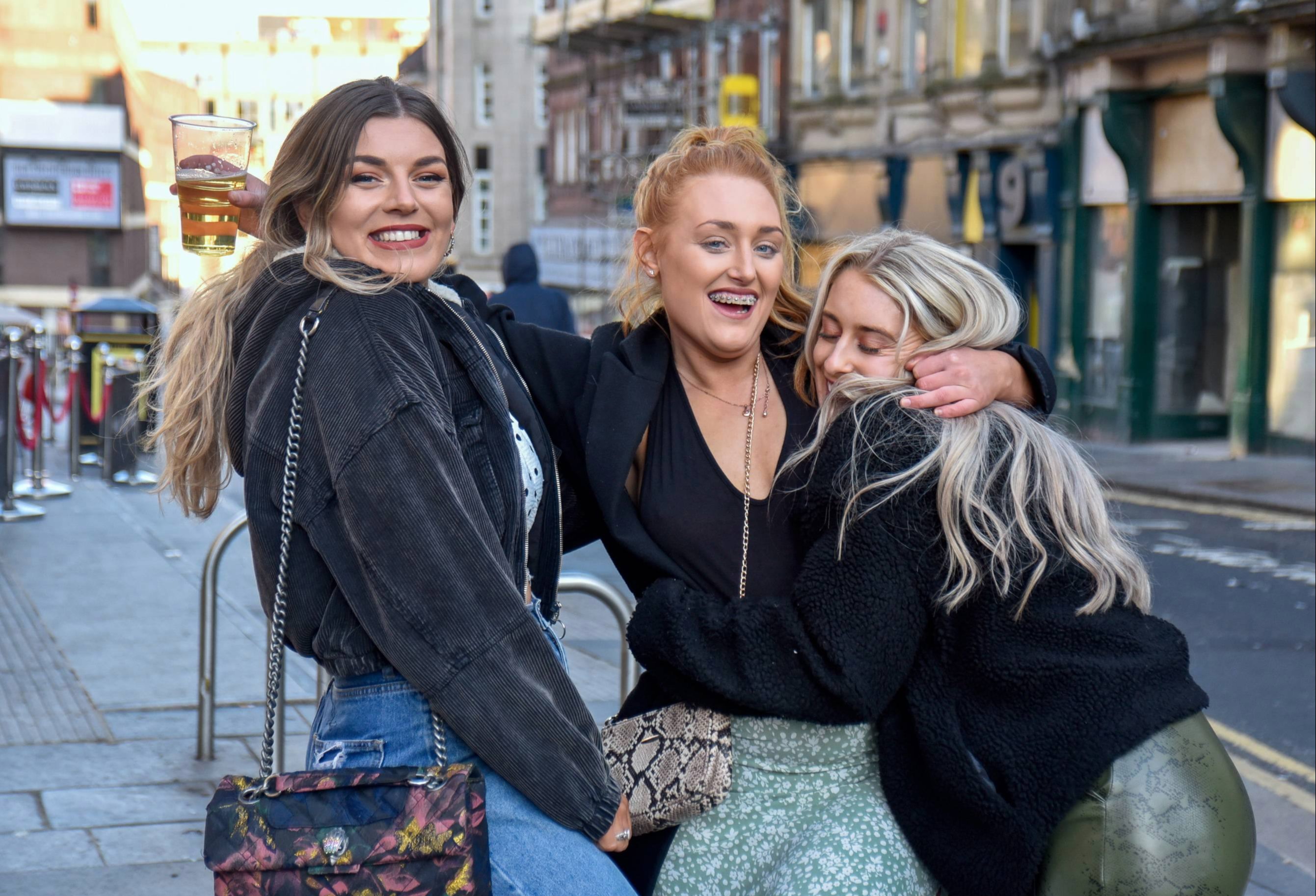 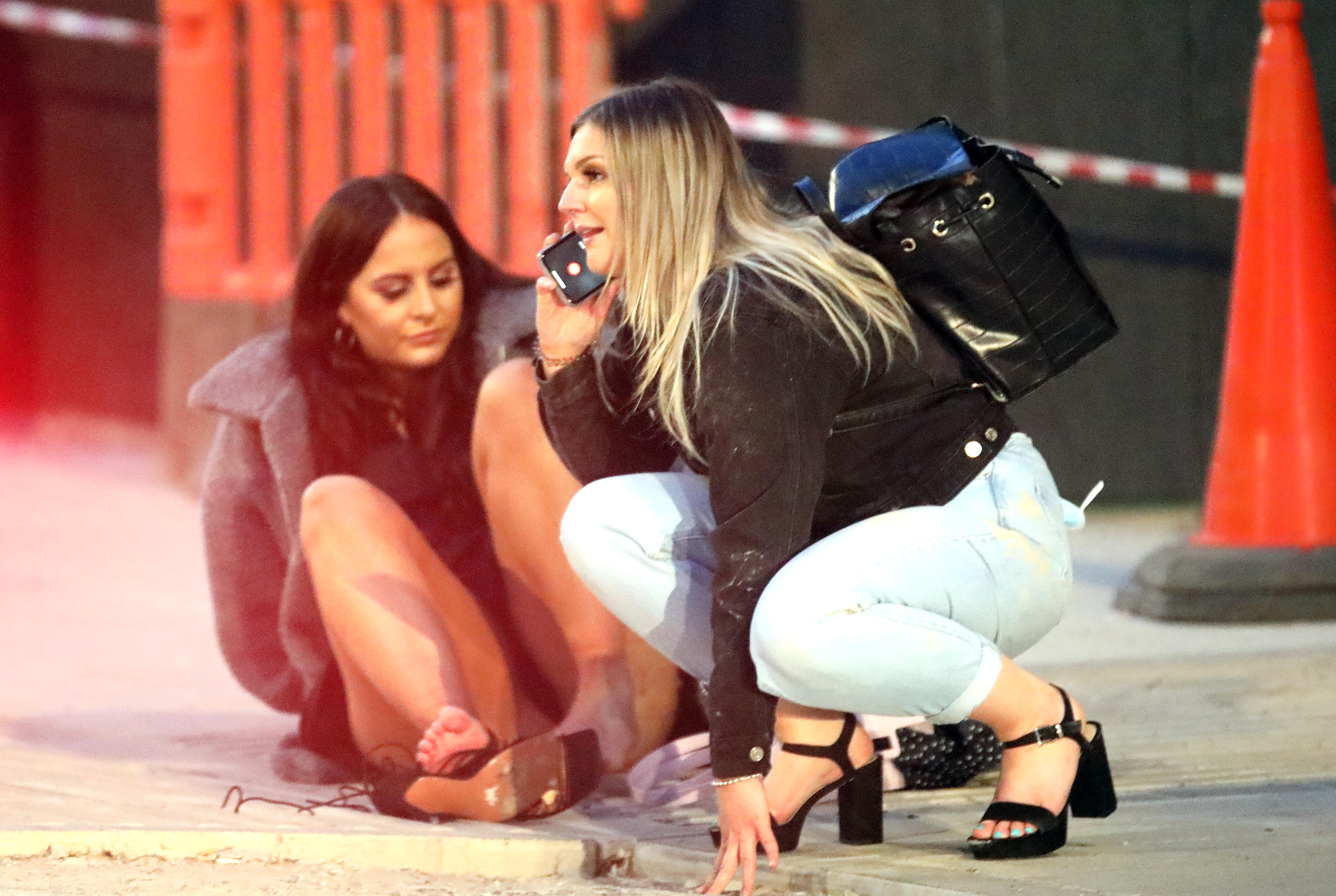 Soho in Central London was packed with Brits enjoying the Bank Holiday weekend, with punters spilling out onto the street.

Cops watched on as delighted drinkers enjoyed a night out after months of lockdown restrictions and miserable weather.

And punters also packed out bars in Leeds city centre as they enjoyed pints, cocktails and takeaway food.

Other boozers in Newcastle braved the cold and partied well into the night despite temperatures plunging to 3C. 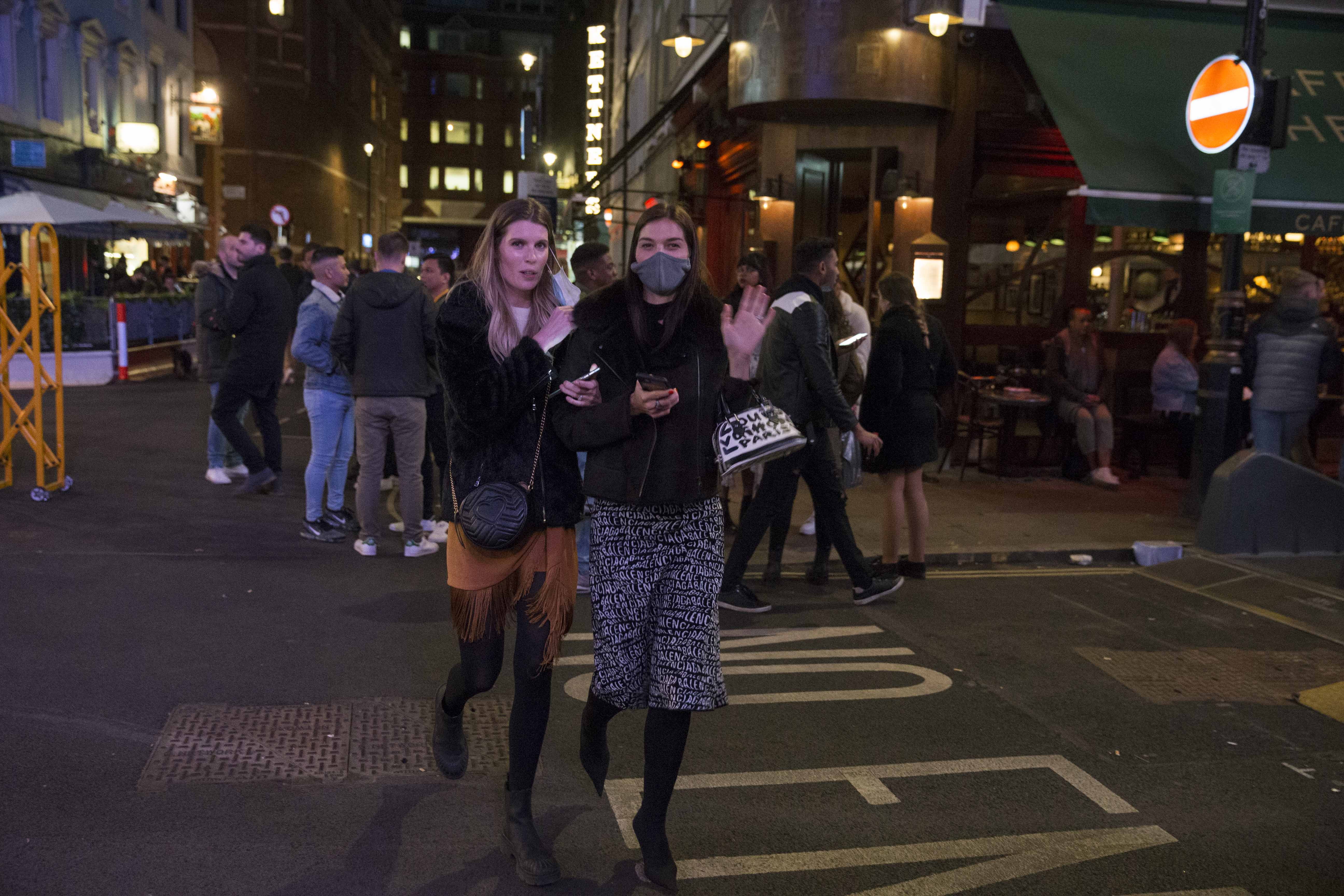 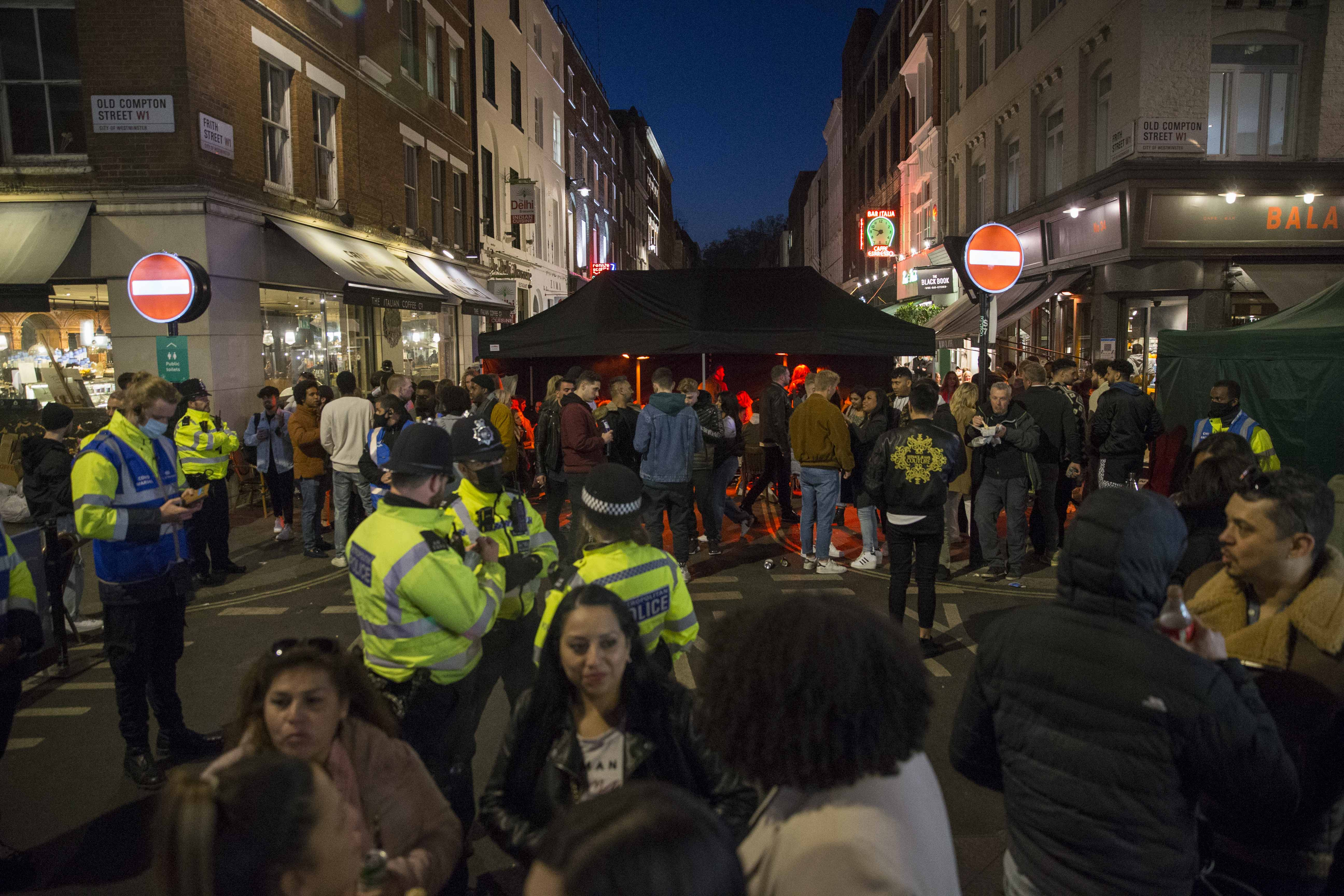 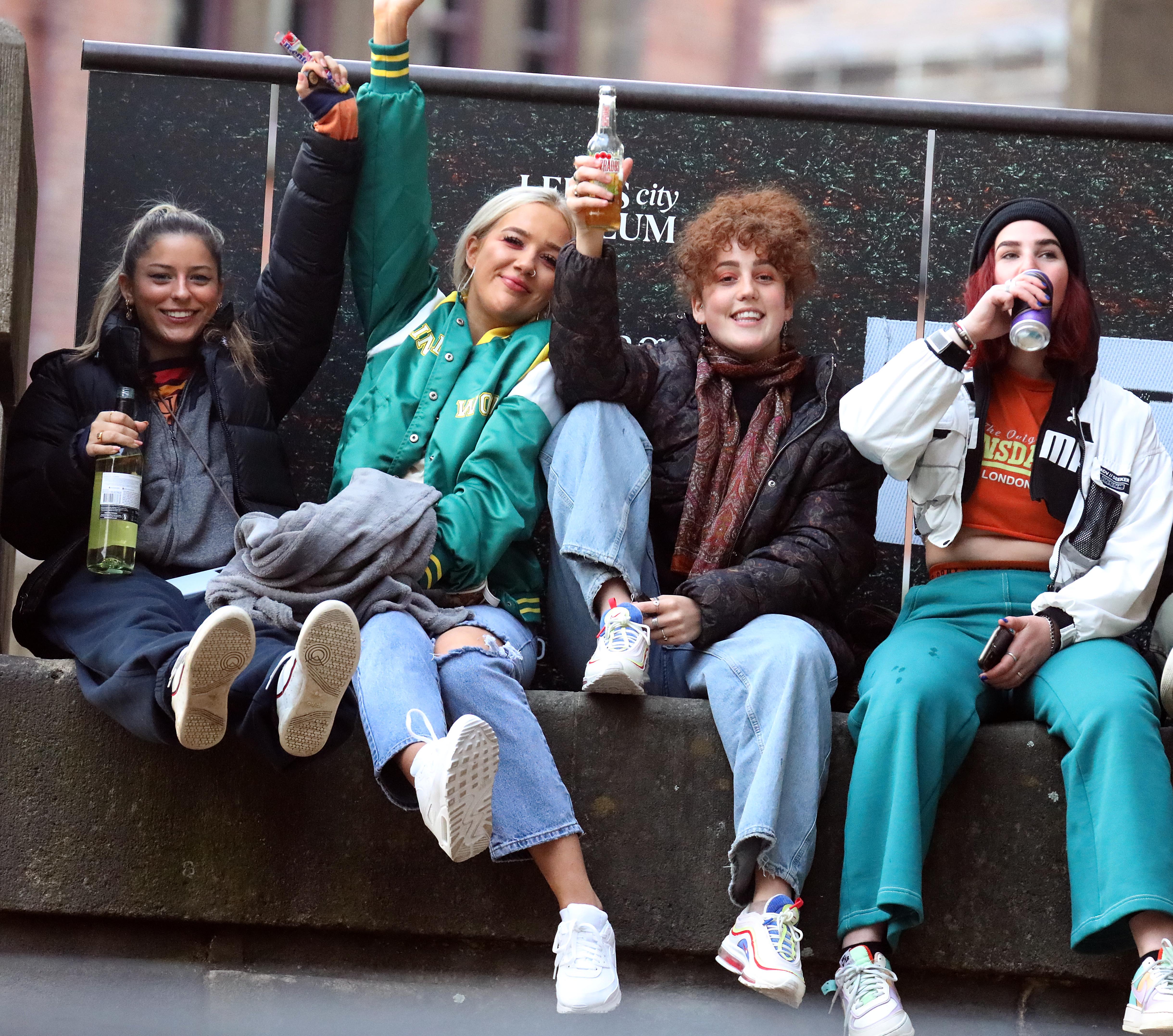 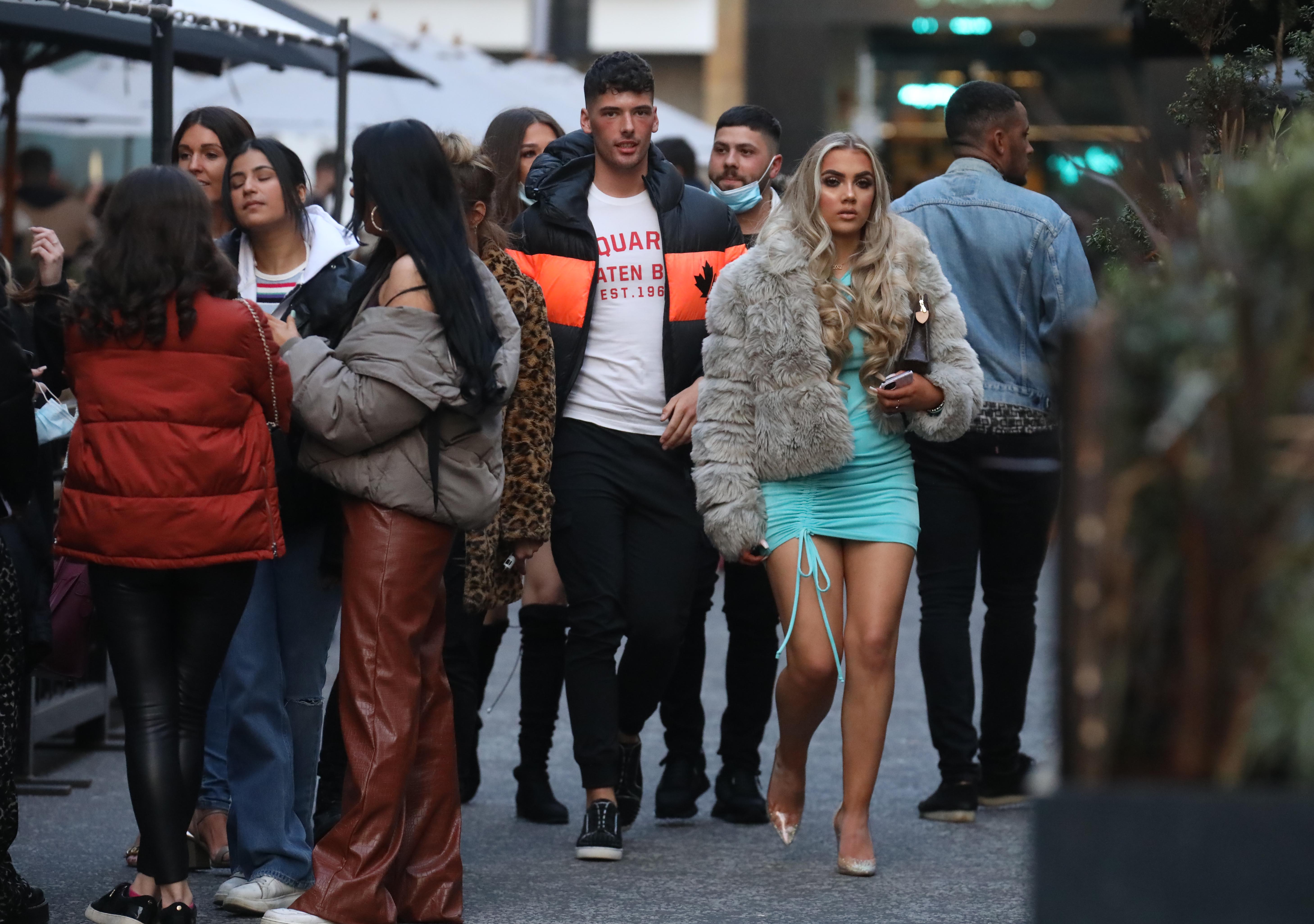 Meanwhile, those looking to enjoy a beer garden over the Bank Holiday weekend have been urged to book for today with the weather set to take a turn for the worst.

Martin Bowles, a Met Office forecaster, said: "Sunday is going to be a day of sunshine and showers across the UK, though it will be nothing significant for the time of year.

"It will be a little cooler in some parts due to a north-easterly flow of wind, though these winds will be light and reasonable."

The temperature will reach highs of 14C in London and the South East, while things will be a little chillier in the north of England, Northern Ireland and Scotland, with highs of 11C.

Mr Bowles continued: "There will be a big change going in to Monday, after an area of deep low pressure will move in from the west bringing significant rainfall and strong gales for the whole UK.

"Western parts will be the worst affected with very strong, gale force winds that could be up to 50mph with potentially around 20mm of rain, up to 40mm in hilly areas.”