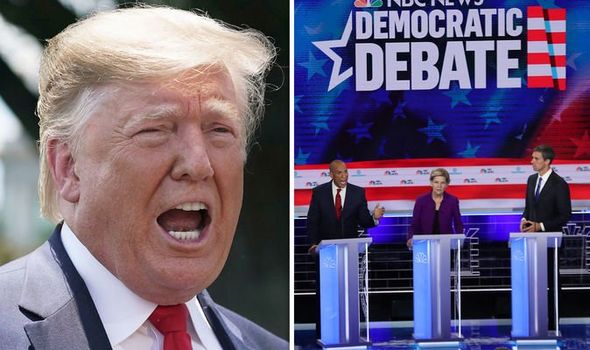 The US President told personnel he chose meeting them over watching the debate to pick his presidential rival. The White House bureau chief Steve Herman asked Trump his expectations for the debate. Trump replied he thinks the candidates are all “going to do poorly”.

A total of 10 Democrats competed live to take on become the next leader to take on Trump in the 2020 presidential election.

According to Mr Herman, Trump said: “The debate is going on this is a great time.”

He asked: “What are your expectations for the debate?”

Trump said: “I think they’re all going to do very poorly.” 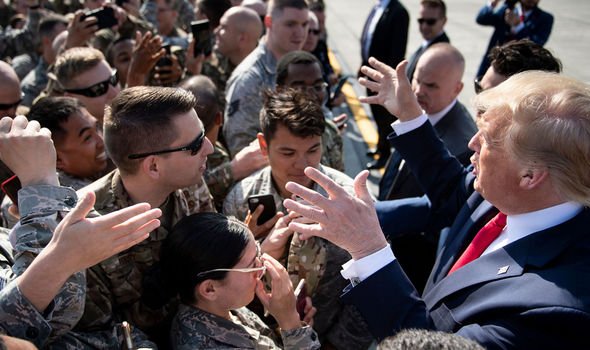 He later took to Twitter to label the debate “boring”.

While the Democrats debate, Trump headed to the G20 summit where he is set to hold much-anticipated trade talks with Chinese President Xi Jinping in Osaka on Saturday.

The bilateral meeting, aimed at heading off a ratcheting up of US tariffs on imports of consumer and other goods from China, is likely to be the most closely watched event at the G20 summit, hosted by Japan.

Trump, known for preferring one-on-one deal-making over multilateral discussions, is set to hold a total of nine bilateral meetings during his time in Japan. 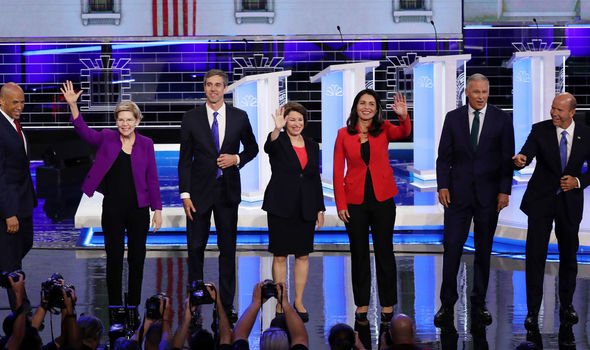 He is expected to meet with Russian President Vladimir Putin on Friday, according to White House spokesman Hogan Gidley.

The meetings are set to begin on Thursday when Trump lands and has dinner with Australian Prime Minister Scott Morrison.

On Friday, Trump will meet with Japanese Prime Minister Shinzo Abe, and then with Abe and Indian Prime Minister Narendra Modi, before meeting separately with Modi.

Trump also added a bilateral meeting with Brazilian President Jair Bolsonaro on Friday to his schedule.