Boris Johnson today admitted he is ‘worried’ the COP26 climate change summit in Glasgow could end in failure.

The Prime Minister said a deal between world leaders on reducing harmful emissions ‘can be done’ but it is going to be ‘very, very tough’.

Mr Johnson said he is concerned the summit could ‘go wrong’ and it will be ‘touch and go’ whether an agreement can be hammered out.

His comments came after reports last week that Alok Sharma, the COP26 President, was angry with Mr Johnson for talking up the summit as a make or break moment for the planet. 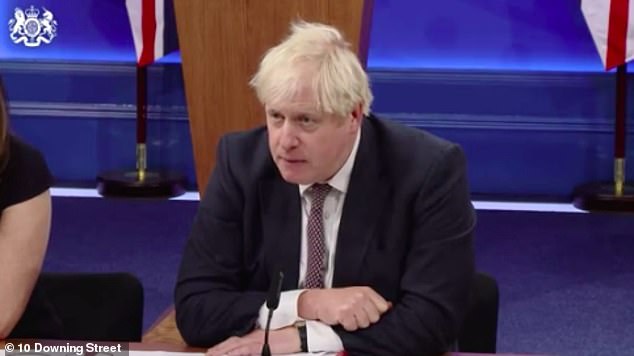 Boris Johnson today admitted he is ‘worried’ the COP26 climate change summit in Glasgow could end in failure. 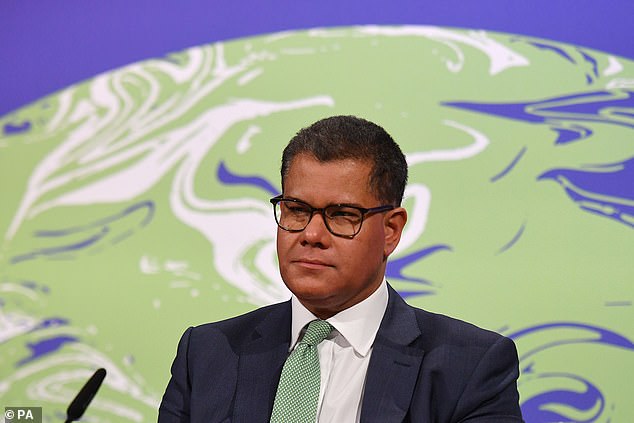 The PM’s comments came after reports last week that Alok Sharma, the COP26 President, was angry with Mr Johnson for talking up the summit

The PM will welcome world leaders to Glasgow on Sunday for the start of the UN summit.

He told children during a Downing Street event this morning: ‘We need as many people as possible to agree go to net zero so that they are not producing too much carbon dioxide by the middle of the century.

‘Now, I think it can be done. It’s going to be very, very tough, this summit.

‘And I’m very worried, because it might go wrong and we might not get the agreements that we need. It’s touch and go.’

Mr Johnson said ‘peer pressure’ at the summit could force some nations into action.

But with some major world leaders including China’s Xi Jinping expected to stay away due to the state of the coronavirus pandemic the chances of that tactic being a success may be limited.

Mr Johnson acknowledged ‘it’s very, very far from clear that we will get the progress that we need’ although he praised Australia for its ‘heroic’ decision to commit to net zero by 2050.

Downing Street insisted the PM was setting out the ‘realistic situation’ about the chances of COP26 being a success.

The Prime Minister’s Official Spokesman said: ‘We have made some progress with a number of countries, Saudi Arabia has come forward with some commitments, for example.

‘But the Prime Minister was simply setting out the realistic situation that bringing together countries from around the world to sign up to ambitious targets such as these that require tangible commitments is difficult and challenging, and will require some intense negotiation.’

The main aim of the summit is to persuade countries to agree to take action to restrict global warming to nothing more than 1.5 degrees.

It was claimed last week that Mr Sharma was angry at Mr Johnson for building up expectations ahead of the summit amid Cabinet fears it will be a ‘damp squib’.

Mr Sharma was said to be ‘raging’ at the PM for ‘ramping up’ hopes of a breakthrough in Glasgow.

Some ministers believe the Government’s messaging ahead of the summit has been too bullish and is ‘completely out of control’.

Allies of Mr Sharma denied that he was angry with the PM.