BORIS Johnson today indicated social distancing would be over within a year as he vowed to work "night and day" to see off the coronavirus like an "alien invader".

In a bold address to the Tory faithful in a virtual party conference today, he said his Government were working for the day life is "back to normal" – and the country must use the huge opportunities now to push through change. 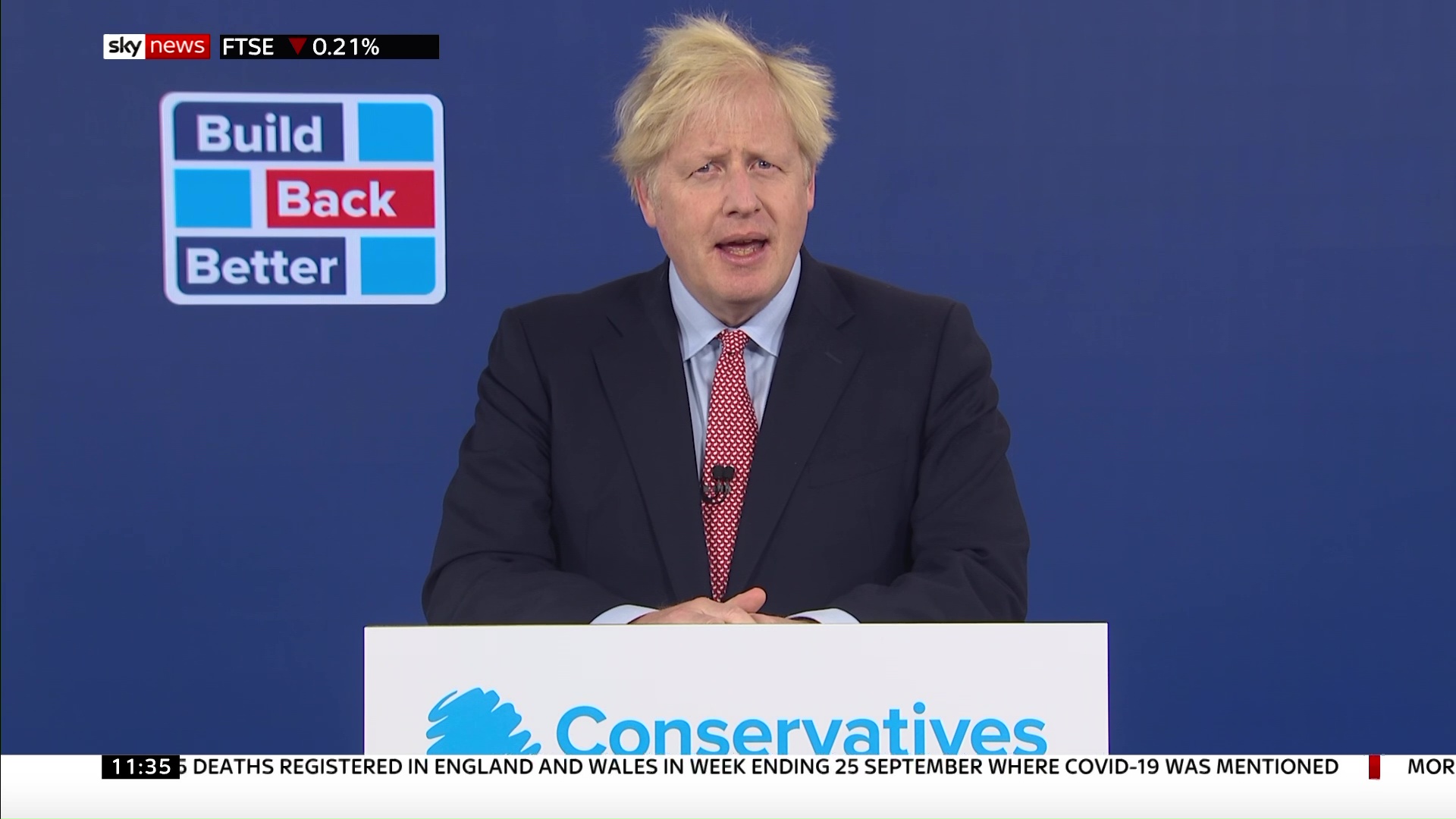 The PM vowed to "build back better" and make Britain the "greatest place on earth" with a plan to look beyond coronavirus with a raft of new policies to focus on in the years to come.

The PM revealed new details of his plans for banks to offer higher mortgages to get people on the housing ladder, and for more one-on-one teaching for pupils in future.

And he peppered his speech with jibes at the opposition with their "million-pound homes in north London" and "left human rights lawyers" he insisted that he would not simply expand the size of the state on and on.

He said today of coronavirus: "It is not going to hold us back, slow us down, and we are certainly not going to let us get us down… even in the darkest moments."

And he promised that next time the party meets at the conference next year, it will be in person.

He vowed: "We will ensure that next time we meet, it will be face to face and cheek by jowl. We're working for the day when life will be back for normal."

The PM insisted the Government was working "night and day to repel this virus, and we will succeed.

"Just as this country has seen off every alien invader in the last 1,000 years."

The PM said there was "no reasonably alternative" to his knockdown policies, but admitted they were an "erosion of liberties" that his Government didn't want to do.

Mr Johnson said: "This Government has been forced by the pandemic into erosions of liberty that we deeply regret and to an expansion in the role of the state from lockdown enforcement to the many bailouts and subsidies that go against our instincts.

"But we accept them because there is simply no reasonable alternative."

The Prime Minister said the UK economy went into the pandemic with "chronic underlying problems" which he vowed to address.

And he stressed that "far too many people across the country felt ignored and left out, that the Government was not on their side".

He explained how he plans to boost home ownership prospects and turn 'Generation Rent' into 'Generation Buy'.

Currently there are two million Brits who cannot afford a pricey deposit but could afford mortgage repayments. Deposits tend to be roughly 15 to 20 per cent of the price of a property.

Mr Johnson’s plans would see the down-payments for long-term fixed-rate mortgages slashed. Banks would no longer be required to quiz applicants in minute detail on their earnings and outgoings.

By removing the “stress tests” banks could churn out 95 per cent loans to young people.

He revealed in his speech he's shed 26lbs in the last few months, after taking up more jogging and cutting back on what he's eating. 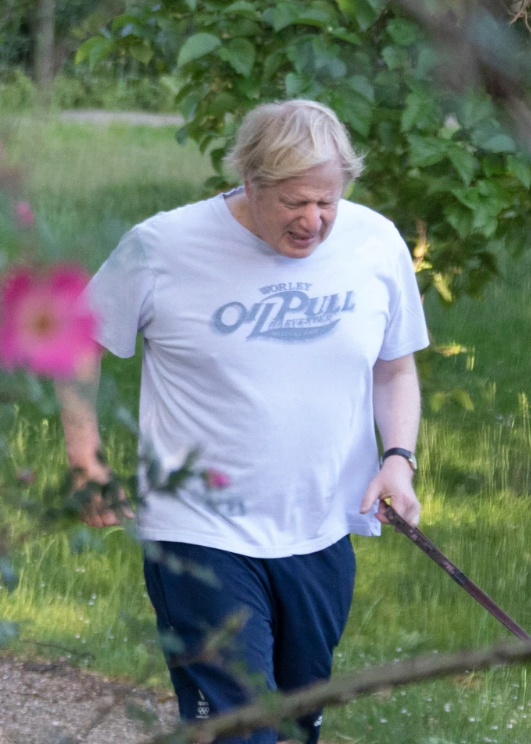 The PM joked about his previous remarks about wind energy – when he said it couldn't "pull the skin off a rice pudding".

The PM admitted he got it wrong and pledged to have wind powering every home in the UK within ten years.

Mr Johnson said today:“Your kettle, your washing machine, your plug-in electric vehicle — the whole lot of them will get their juice cleanly and without guilt from the breezes that blow around these islands.” 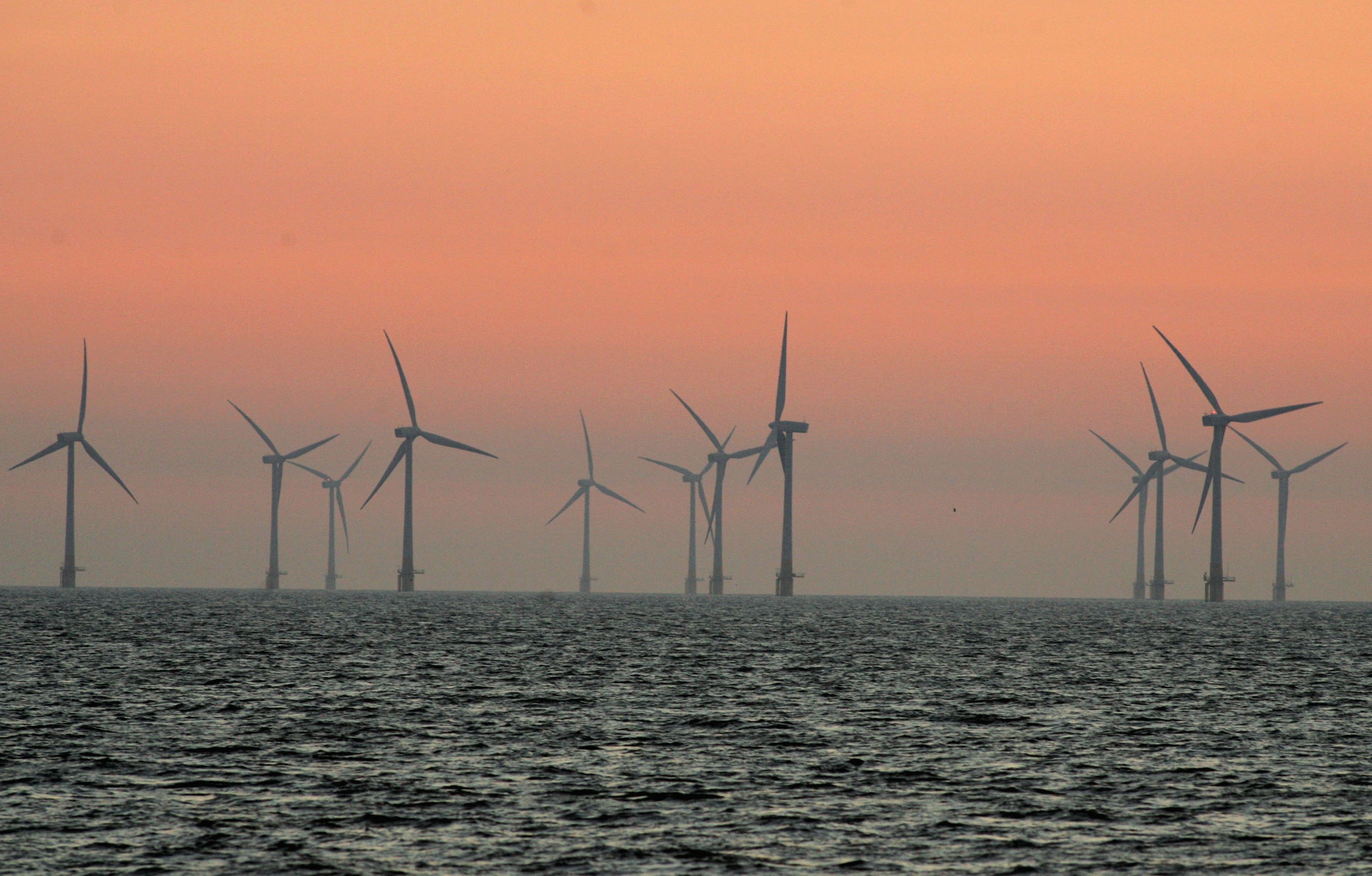