In a double swipe, he urged bosses to stop showering “vast sums of money” on pampered presenters and spend the cash on free TV licences for over-75s. 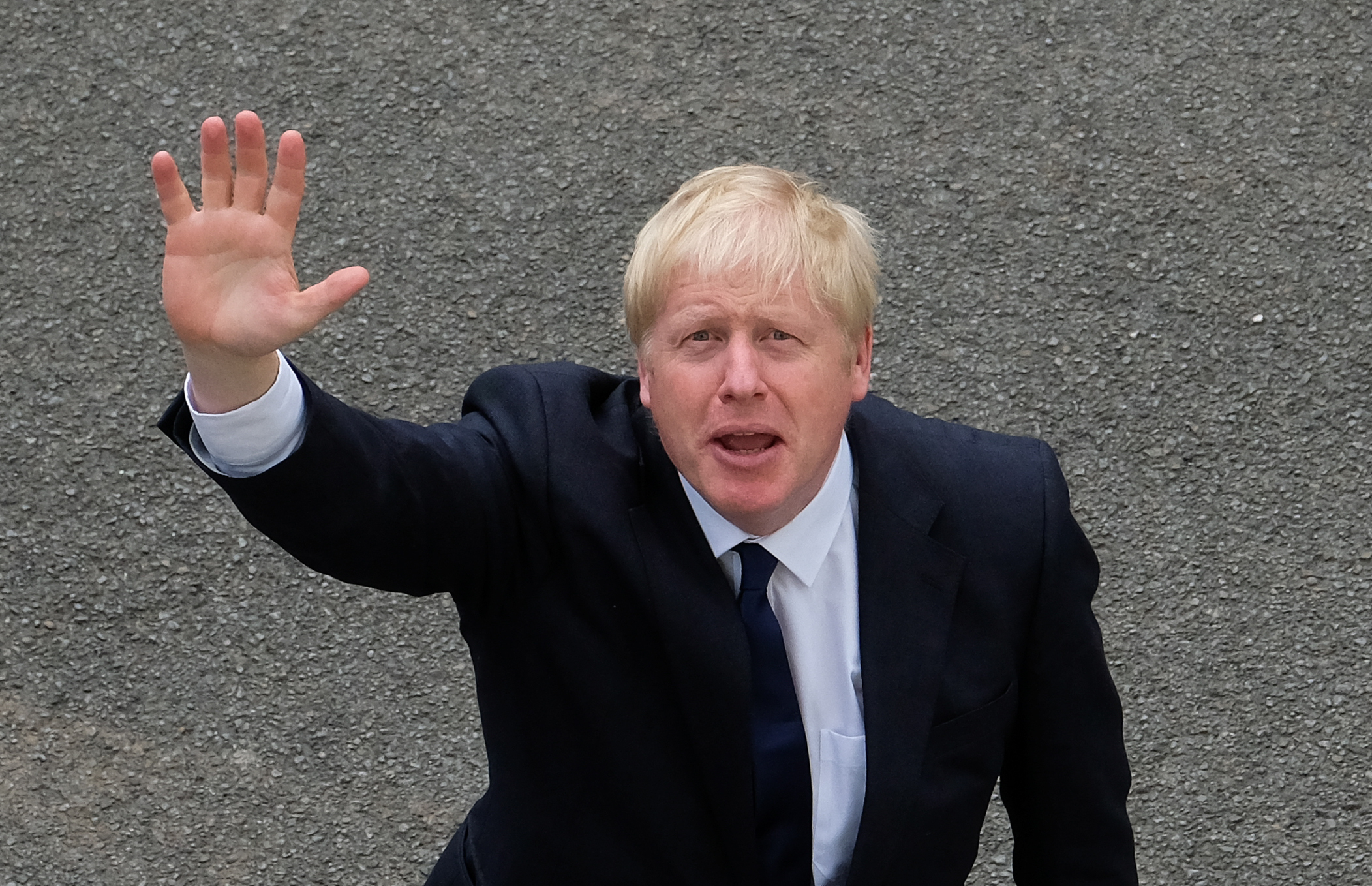 The PM-in-waiting – whose spat with girlfriend Carrie Symonds led every news bulletin last weekend – hit back as he addressed grassroots Tory members.

He ridiculed the broadcaster’s coverage of Brexit and its decision to axe the free licence perk for 3.7 million pensioners.

Mr Johnson nodded furiously when Andrew Stephenson tore into the Beeb at a leadership hustings event in Carlisle.

He told the former Foreign Secretary: “The BBC has been at the forefront of the assault on Brexit for some time.

“They no longer make a pretence of being independent and balanced, in my opinion. So should something be done about the licence fee?”

Asked why welfare policy should be passed on to the BBC, Mr Johnson replied: “They accepted that as part of the deal – they are not children – they knew what the agreement was and they should stick to it.”

He added: “All of their highly expensive presenters mean that they can’t afford to look after over 75-year-olds when it comes to their TV licence.”

Mr Johnson then pointed to a camera crew at the back of the room and shouted: “Hi BBC. Look after the over 75-year-olds. Thank you.”

BoJo showed his mojo again after a torrid week dominated by coverage of his domestic row – and days before ballot papers are delivered to the 160,000 members who will decide who gets the keys to Number 10 next month.

In a lively question and answer session, he vowed to make shipbuilding a priority for his new government and predicted that Brexit would strengthen the Union.

Asked for his view of Mr Bercow, he said: “I don’t see why I should damage my chances of being called by the Speaker any further.

“All I will say is, look, he’s pretty good at tennis you know… he’s not the most colossal chap physically but he’s got a pretty mean first serve.”

Mr Johnson admitted he was “roundly defeated” in a game against Mr Bercow.

“Generally his return of serve as Speaker is pretty fast and he’s good on his feet,” Mr Johnson added.

“I hope that John the Speaker will take his responsibilities as a parliamentarian as seriously and soberly as we all do and make sure he uses his good offices to reflect the overwhelming will of the people that we should get Brexit done whatever people voted and he will help parliamentarians to recover the trust that they have currently lost by getting us out of the EU by October 31.”

Mr Johnson praised US President Donald Trump for having got his economy “motoring along”.

“Actually he has many, many good qualities,” he said.

“This is a guy who, when all is said and done, has got the US economy motoring along.

“We Tories, we Conservatives, I think, for too long have failed to talk up the agenda of free market economics…”

Mr Johnson has insisted he is reliable enough to be prime minister after a member of the audience questioned whether he can be trusted with the “great lady Britannia”, because of their concerns over his “chequered private life”.

A man asked: “We know a lot of people have a worry about reliability with Boris and I think that’s the Achilles’ heel, with the chequered private life, can we trust you with the great lady Britannia?”

He pointed towards having “over delivered” on his promises as mayor of London, the 2012 Olympics and his record on action over the Skripal poisonings in Salisbury.

“If you want to know about my ability to get jobs done just look at what I have done,” he added.

Mr Johnson compared Theresa May to her cricketing hero Geoffrey Boycott and said it is time for an approach more akin to Sir Ian Botham’s style.

He was asked by Mr Dale if the UK will get the “100% full-on Boris as prime minister” or whether he will feel constrained in Downing Street.

Mr Johnson said: “I think that there is one way to do this thing now, if I may venture a cricketing metaphor, I think we’ve had quite a lot of Boycott on the wicket and it is time for Botham to come in. That is my view.

“Particularly in the EU negotiations, we cannot have the same old, same old. We cannot have a can-kicking approach. We kick the can, we will kick the bucket, we’ve got to get on and do this.”

VERY DIFFERENT FROM THERESA MAY

Leadership rival Jeremy Hunt, who addressed the same audience, defended his use of the phrase “crashing out” of the EU with no deal.

When it was put to him this was the language of “ultra Remainers”, Mr Hunt said: “I don’t think it does at all.

Asked if he could be trusted to deliver Brexit, he added: Mr Hunt said: “I’m going to do something very different from Theresa May, two things.

“First of all I’m not going to be trying to get her deal through the House of Commons… We should not have a deal which traps us in the Customs Union until the EU gives us permission to leave.

“I will be putting forward a deal that is different to Theresa May’s deal.

“And this is the really important change, I’m going to have a negotiating team that has in it people from different parts of the Conservative-DUP alliance that means that Brussels knows that what we promise to Brussels we can deliver through Parliament.” 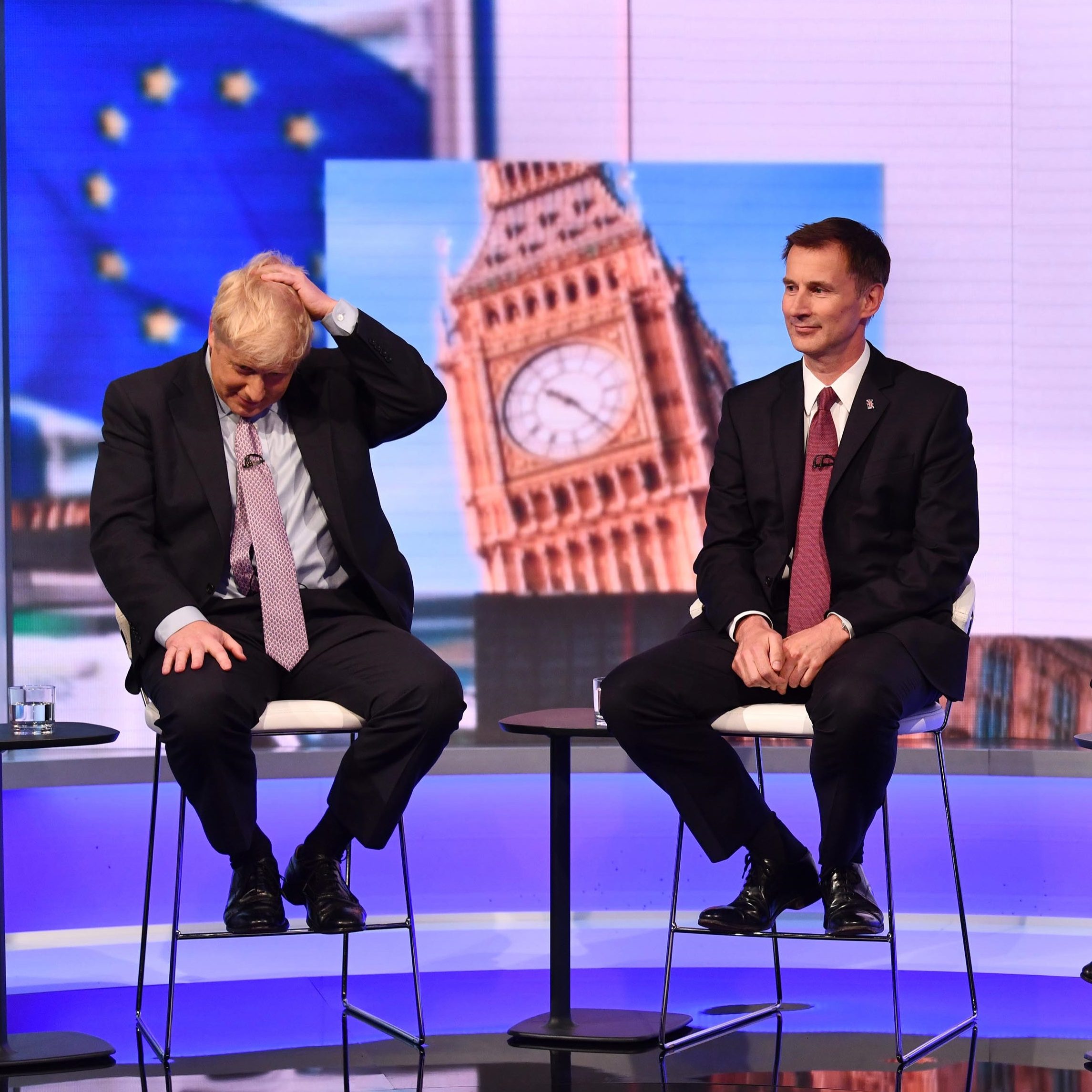 BoJos bid beefed up on farm 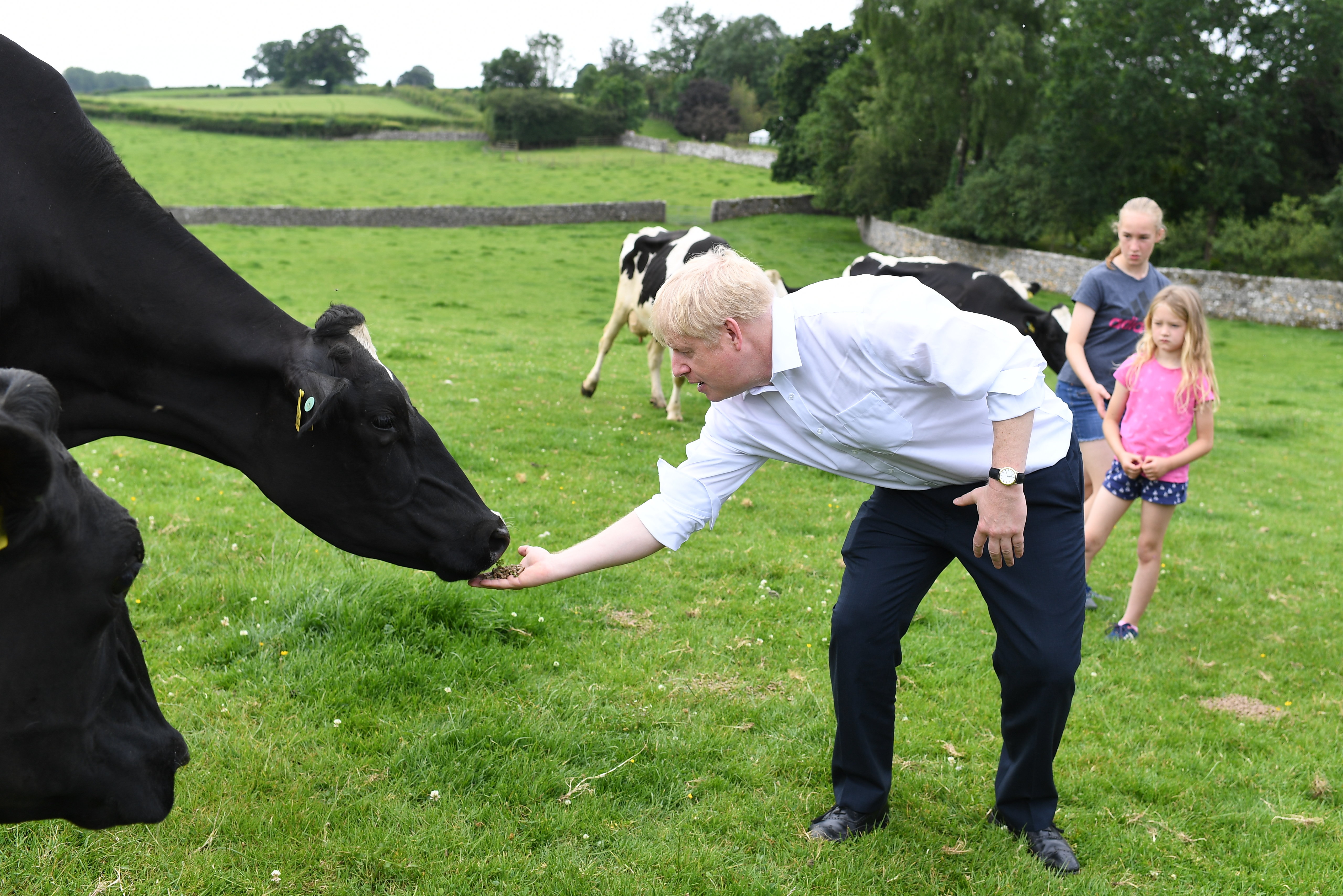 BORIS Johnson feeds a cow yesterday during a visit to a farm — and also got a friendly ribbing from a party member.

The Tory leadership favourite was told he will have a tough job if he becomes PM — and should lay off the red wine.

Boris swiftly replied: “It is important not to spill a drop.”

He splashed girlfriend Carrie Symonds’ new sofa with plonk earlier this month — sparking a row which saw police called to her flat in Camberwell, South London.

His quip came during a private meeting with 75 Tories from the Westmorland County Agricultural Society in Cumbria.

Later, Mr Johnson’s hustings event was interrupted by the sound of a helicopter.

He said: “I think that’s my chopper” — and to laughter joked it was poor timing as he was talking about his green credentials.

“I promise we will offset the carbon by planting a shrubbery or whatever it is we have to do.”