The executives were working for Arconic when it supplied flammable cladding to refurbish the block.

They have been summoned to appear before the inquiry next month. But they are using an obscure French law which they say prevents them from taking the stand.

They claim because they worked for the French arm of Arconic, which has an annual revenue of £11billion, they could be prosecuted under a code called the Blocking Statute. 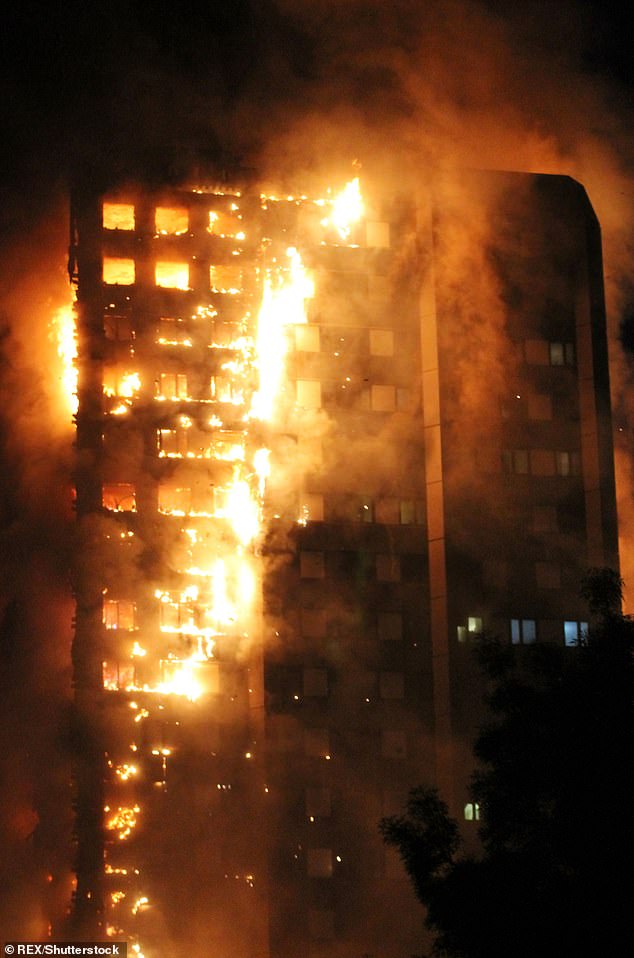 Three construction bosses provoked outrage last night after refusing to give evidence at the Grenfell Tower inquiry. They say a 1968 French law stops company data being shared in proceedings abroad which prevents them from taking the stand. Pictured: Grenfell fire, June 2017

The 1968 law stops company data being shared in proceedings abroad. It has been used only once in 52 years.

Survivors and the bereaved believe their testimony at the public inquiry could be key to understanding what went so wrong with the refurbishment.

They particularly want to hear from technical manager Claude Wehrle who warned the cladding was dangerous six years before the Grenfell inferno claimed 72 lives in June 2017.

In a series of emails to colleagues disclosed to the London inquiry, he wrote the cladding performed badly in fire safety tests and ‘should have been discontinued over ten years ago’.

Richard Millett QC, counsel to the inquiry, has said none of the witnesses, nor Arconic, have provided any evidence to support their claim that they are at risk of prosecution under French law. On Monday families will hand-deliver a message to the French embassy asking officials to demand the trio attend.

Karim Mussilhy, vice-chairman of Grenfell United, said: ‘The public inquiry is our one chance to hear directly from former Arconic employees about why these dangerous materials ended up on Grenfell. The British public deserve to know the truth as to why 72 lives were lost and thousands of others live in unsafe homes.’

Mr Mussilhy, whose uncle Hesham Rahman died in the fire, added: ‘We can’t let these witnesses hide in France.’

Two of the witnesses – Mr Wehrle and Gwenaëlle Derrendinger – live in France. The third, Peter Froehlich, is in Germany. 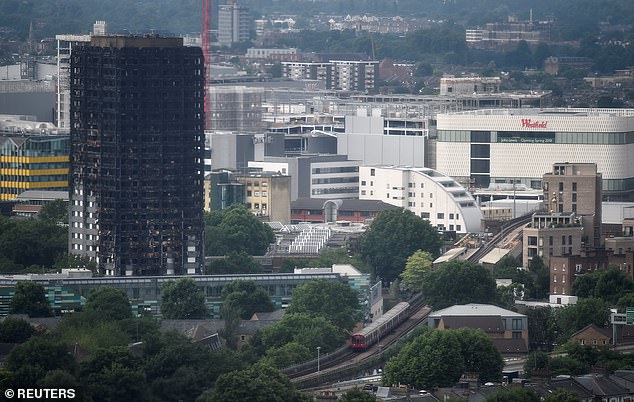 In a series of emails to colleagues disclosed to the London inquiry, technical manager Claude Wehrle wrote the cladding performed badly in fire safety tests and ‘should have been discontinued over ten years ago’

All worked at manufacturing giant Alcoa, now Arconic, and were involved in selling Reynobond panels with a combustible core for use on Grenfell. One of them still works there. There is no legal way to force witnesses abroad to attend.

The inquiry has already heard claims that Arconic knew the fire performance of the cladding was substandard.

In an internal email from 2011, Mr Wehrle said the fire rating dropped to class E from class B and was ‘unsuitable for use on building facades’. From 2009 he sent colleagues a string of emails with pictures of fires on blocks fitted with similar cladding to Grenfell.

And in early 2016, he emailed them about a blaze close to a building covered in flammable cladding, saying it was lucky the wind had not changed direction.

By then the panels were already being fitted on to Grenfell. The first phase of the inquiry last year concluded the cladding was the primary cause of the spread of the fire through the west London tower block.

Stephen Hockman QC, who represents Arconic, said each witness has taken independent legal advice but the company will ‘do what it can’ to assist’.

The hearing was suspended this week after a member of the team tested positive for Covid. It will resume on January 11.

Emails that warned of deadly danger

These are the damning emails disclosed to the inquiry about the cladding used on Grenfell, Reynobond PE, or PE, from Claude Wehrle while he was Arconic’s technical manager:

July 2009: ‘Here are some pictures to show you how dangerous PE [cladding used on Grenfell] can be when it comes to architecture.’ (attached to the email was a high-rise fire in Romania)

March 2010: ‘Reynobond PE doesn’t obtain level “B”. Having said that, this shortfall in relation to this standard is something that we have to keep VERY CONFIDENTIAL!!!!’

July 2011: ‘For the moment, even if we know that PE material has a bad behaviour exposed to fire, we can still work with national regulations who (sic) are not as restrictive.’

July 2015: ‘PE is dangerous on facades, and everything should be transferred to FR (fire resistant cladding) as a matter of urgency. [It] should have been discontinued over 10 years ago! This opinion is technical and anti-commercial, it seems.’

October 2015: ‘FR showed a very good behaviour. In PE, the fire would have spread over the entire height of the tower… Long Live FR [smiley face].’ (this was a reply to a photo of a high-rise fire in China)

2016: ‘We really need to stop proposing PE in architecture! We are in the ‘know’, and I think it is up to us to be proactive… AT LAST.’