Boy, 7, swims an hour to rescue his dad and little sister

JACKSONVILLE, Fla. – A 7-year-old boy is being credited for helping to save his father and 4-year-old sister by swimming to shore and calling for help after they got caught in a strong current during a holiday weekend boating trip on Florida’s St. Johns River.

The father, Steven Poust, told Jax4 television station that he anchored his boat in the river while he fished and his children played on Friday.

Chase Poust said the current was too strong for his sister Abigail to hold onto the boat, and he also let go to stay with her. Only the girl was wearing a life jacket.

Their father jumped in the water to grab her. Chase then began swimming toward shore. 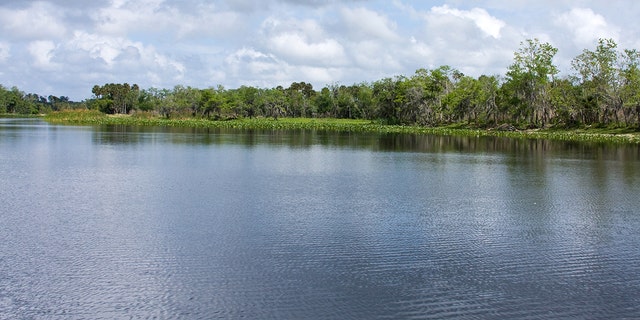 The environmentally sensitive St Johns River flows northward from Indian River County near the east coast of Florida, through Central Florida and eventually to Jacksonville. (iStock)

“I told them I loved him because I wasn’t sure what’s going to happen,” their father told the station. “I tried to stick with both of them. I wore myself out. She drifted away from me.”

Chase kept swimming, doggie paddling and floating on his back to keep from tiring out. “The current was going the opposite way of going to the boat and the shore so it was very hard to swim that way,” Chase said. It took him about an hour to reach land. He ran to the nearest house for help.

Crews from the Jacksonville Fire and Rescue Department, the Jacksonville Sheriff’s Office and the Florida Fish and Wildlife Conservation Commission found the father and daughter about a mile from their boat.

“I screamed for help at the top of my lungs and waved my arms and sure enough someone heard us,” Poust said. “Little man also made it to shore and got help and that’s what saved our lives.”

According to Eric Prosswimmer of the fire department, neither the 7-year-old nor the father were required to wear a life vest. The law applies to children age 6 and under for a vessel under 26 feet (8 meters) long.