Boy, three, dies after being found unresponsive on play equipment

A three-year-old boy has died after he was found unresponsive on play equipment at a South London nursery.

The youngster was found lying on a piece of play equipment in the garden of Little Learners Day Nursery in Croydon last Thursday.

An air ambulance crew joined paramedics and police at the scene at around 2.45pm. 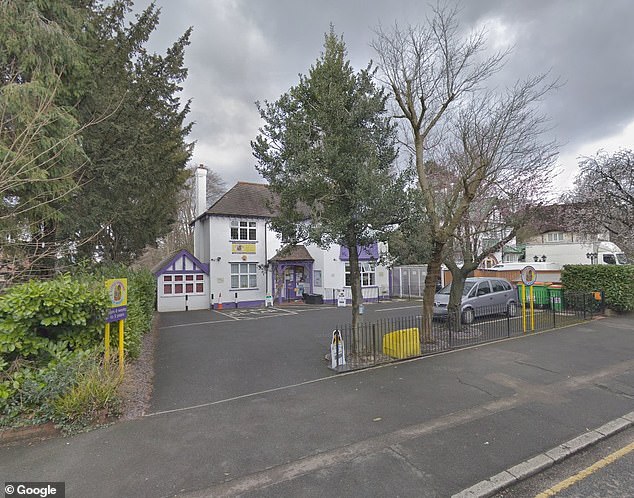 London Ambulance Service said they were called out to a cardiac arrest at the nursery.

A spokesman from LAS said: ‘We dispatched a clinical team leader, two ambulance crews, a medic in a fast response car, and an incident response officer. We also dispatched London’s Air Ambulance.”

‘We treated a patient at the scene and took them to hospital.’

Despite being rushed to the hospital by road, he died just over an hour later.

Scotland Yard has confirmed it is not treating the death as suspicious.

A Met Police spokesman said: ‘Police were called to reports of a non-responsive child at a nursery facility at Haling Park Road, South Croydon.

‘Officers, London Ambulance Service [LAS] and the Air Ambulance attended. At the scene a three-year-old boy had been found unresponsive on a piece of garden play equipment.

‘The child was taken to a south London hospital where he died at 15:54hrs.

‘The deceased’s family are aware. The death is not being treated as suspicious.