A bottle and ice bucket were hurled around in a beer garden in Glasgow after a mass brawl broke out yesterday evening.

Footage captured in the beer garden of Sanctuary nightclub at 6.30pm yesterday shows the chaos taking place as a group of people argue and fight.

In the video, drunk thugs are seen throwing missiles across the beer garden before exchanging punches in the centre of the outside area. 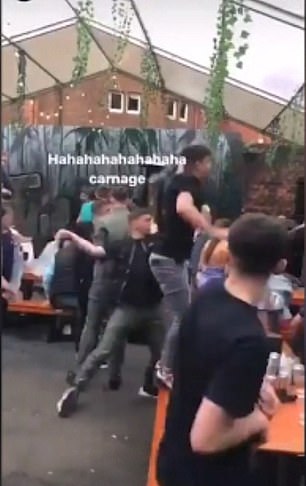 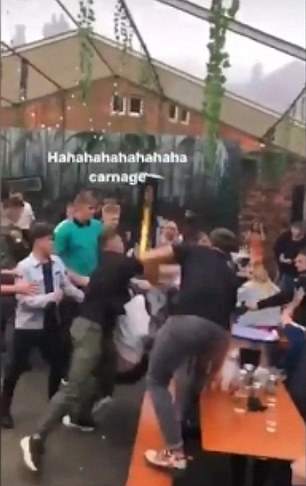 Footage captured in the beer garden of Sanctuary nightclub at 6.30pm yesterday shows the chaos taking place as a group of people argue and fight

One man is seen standing on one of the benches with his arm held in the air.

The two sides of the brawl are seen yelling abuse at each other before an ice bucket is hurled from a table top onto the floor.

Screams can be heard coming from those not involved in the brawl but stuck in the beer garden while it took place.

Sanctuary bosses said that police had been called after the brawl broke out but that nobody was injured.

The Scottish Sun reports that a spokesperson for the club said: ‘At any time this behaviour is unacceptable, but never more so when faced with the current situation.’

They also confirmed that those responsible for the brawl will be barred and they described the behaviour as ‘unacceptable’. 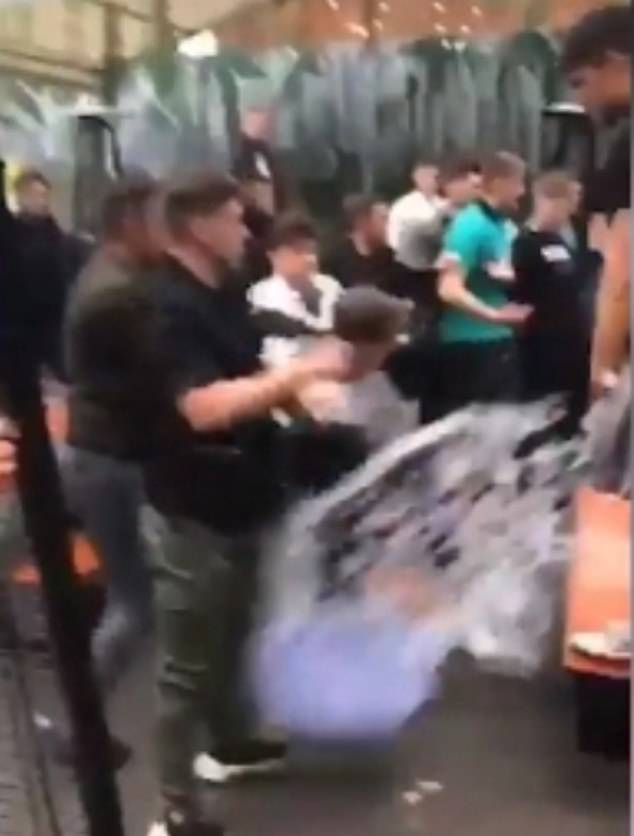 At one point, an ice bucket is thrown onto the floor by the thugs. Sanctuary staff have described the behaviour as ‘unacceptable’

The thugs in the footage were not following social distancing guidelines as they threw punches at one another.

The Sanctuary spokesperson also confirmed that full track and trace data was collected on all customers who entered the venue.

A Police Scotland spokesperson said: ‘We received a report to make us aware of a disturbance at a nightclub on Dumbarton Road, Glasgow, around 7.40pm on Saturday, 29 August.

‘The incident was reported to have happened around 7pm, it was believed there were no injuries, the incident wasn’t ongoing and the group had left.

‘Due to the information given by the reporter and other ongoing incidents, no police attendance was required.’ 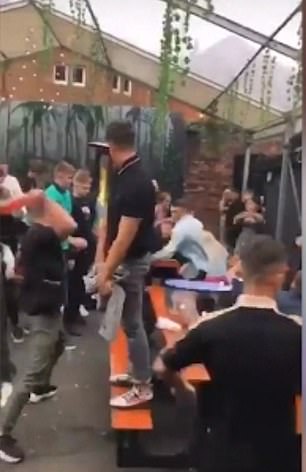 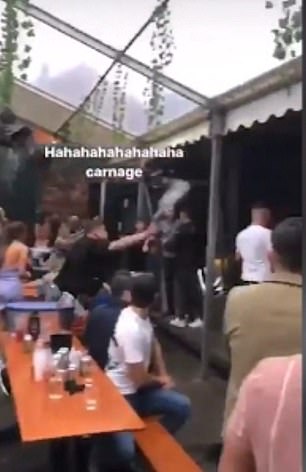 Be, brawl, breaks, Glasgow, In, out
Celebrities