Brazilian gang 'filmed murdering a woman and chopping up her body'

Brazilian gang ‘filmed themselves murdering a woman, 21, chopping up her body and stuffing it into a suitcase’

In a horrifying crime, a Brazilian gang allegedly dismembered a young woman and stuffed her body into a suitcase before it was later found by a city council worker.

Gabriela Lima Santana, 21, was reported missing on March 13, though she may have been missing prior to that.

Nearly two weeks prior, the police had received a video of a woman they now say is Santana being dismembered in a bathroom.

Santana’s body was not found until March 24 when municipal workers in the southern Brazilian city of Capao da Canoa came across her remains while digging with an excavator in a ditch.

While the drainage ditch was being excavated, an arm flew out from a suitcase towards one of the workers, ultimately landing in water and floating near the top. 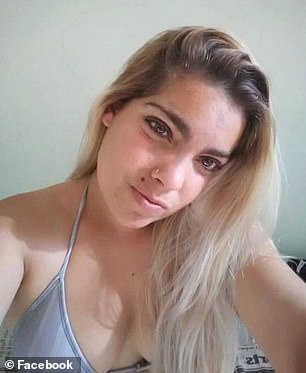 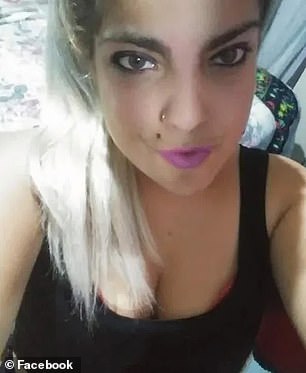 Gabriela Lima Santana, 21, was found dismembered in a suitcase after her disappearance

Forensic experts discovered parts of a head, torso, legs, and arm in the suitcase, as well.

Inside the luggage were also two kitchen knives and saws, likely used to dismember Santana, as well as stones that could’ve helped the suitcase sink.

Santana was only able to be identified through her fingerprints and a tattoo, which was allegedly associated with a local gang, sparking concerns of potential gang retribution.

Prior to Santana’s discovery – and before she was even reported missing – the local homicide division received a video on March 1, which showed a woman being dismembered in a bathroom. 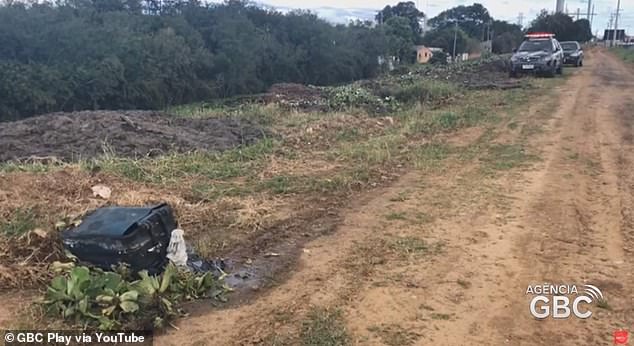 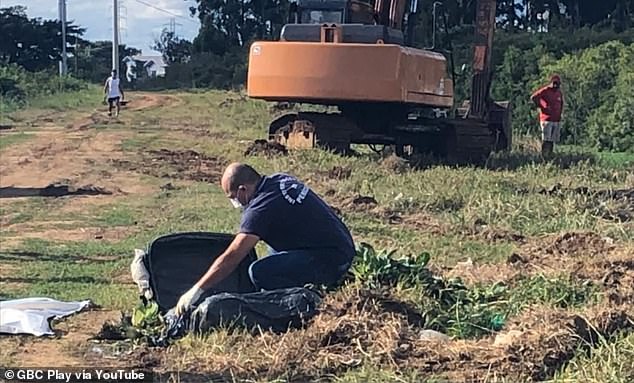 That video shows someone smiling while dismembering a person’s corpse, with bags across the floor that may have contained more body parts.

According to The U.S. Sun, it’s not clear how police obtained the video or who provided it. 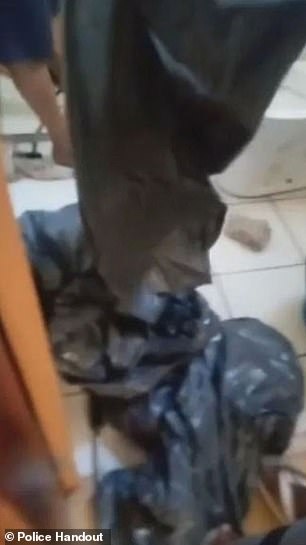 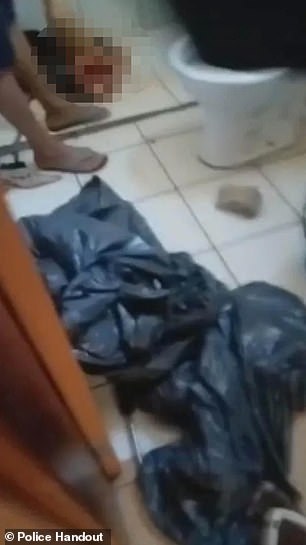 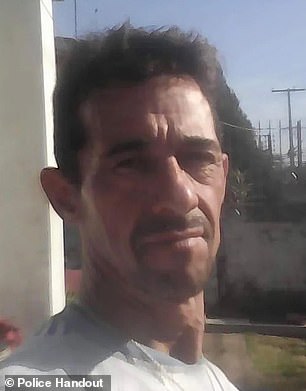 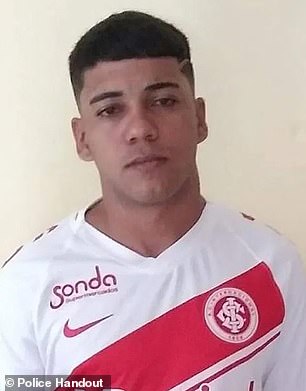 Two suspects have been arrested so far, with police on the hunt for two others

Police are still on the hunt for at least two other suspects in the case, though.

Gang violence is a serious concern in Brazil and resulted last month in a terrifying shootout at a school.

A teacher at Sobral Pinto Municipal School in the Rio de Janeiro neighborhood of Praça Seca recorded a video showing at least four children sitting in the middle of the corridor in March as shots rang out.

The students covered their ears and appeared to be composed as the concerned instructor kept them calm during the tense moments.

The video was posted on social media by local activist Rene Silva and drew over 2 million views.

The Rio de Janeiro Military Police attributed the shooting to rival criminal groups fighting for control of the Praça Seca, favela or slum.