Morsi had been ousted by a military coup in the country in 2013, imprisoned shortly after.

Local news reported his death was due to a “severe heart attack”.

The organisation he was a member of, the Muslim Brotherhood, has been outlawed.

His family claimed his health deteriorated severely while behind bars. 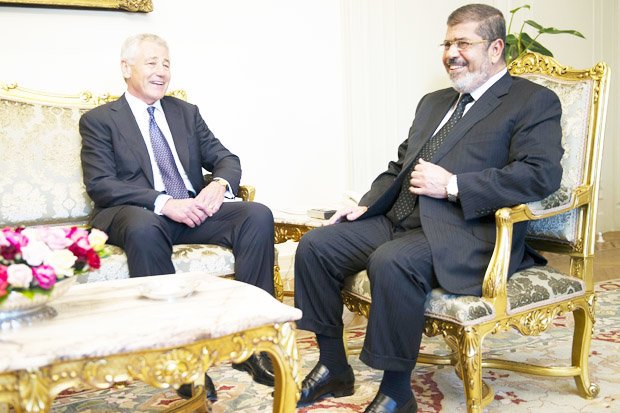 He was facing espionage charges in court.

Judges previously sentenced him to death, but this was overturned in 2016.

A detention review panel said his treatment since his arrest could “meet the threshold for torture in accordance Egyptian and international law”.

A state of maximum alert has been declared in Egypt following his death.