Three rescuers have died off the coast of France afer a rescue boat capsized in the Atlantic in winds of up to 80mph.

They were part of a crew of seven who had gone to rescue another boat being battered in Storm Miguel.

Winds hit northern Spain earlier, heading up theBay of Biscay and then moving on to France.

The weather system has today been blowing over the UK, with rough conditions expected to last overnight.

Met Office forecasters have issued severe weather warnings for the south of the UK – lasting until 11pm. 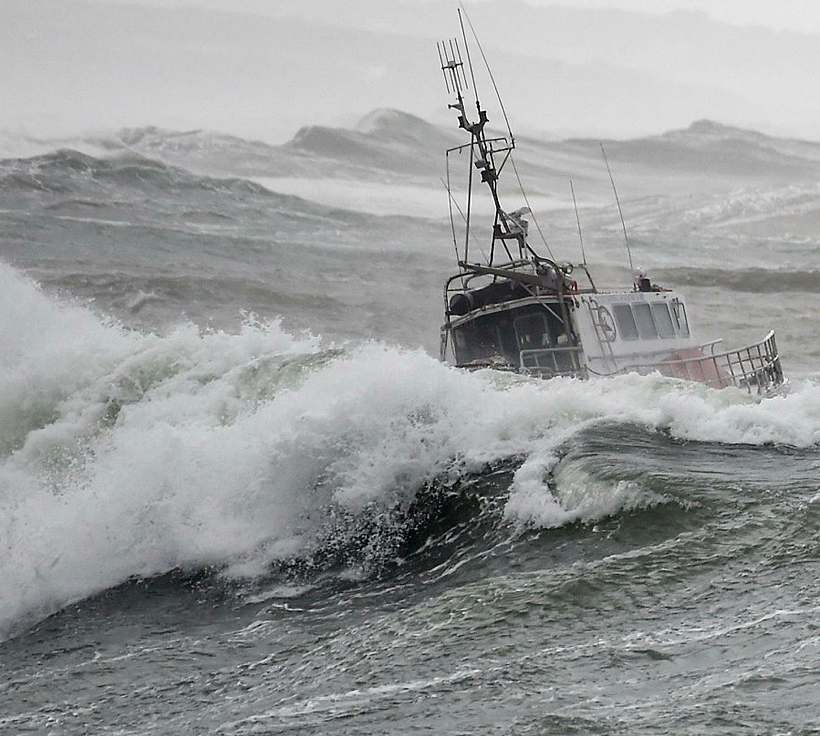 Pictures released by the National Society of Sea Rescue show the lifeboatmen’s vessel smashing through large swells in the moments before it capsized.

The vessel was then tossed ashore by the sea, left on the rocks and sitting on its roof.

Four other crew managed to swin to shore, but tragically threee of the rescue heroes were killed.

Three helicopters and around 60 firefighters were attempting to find thier bodies. 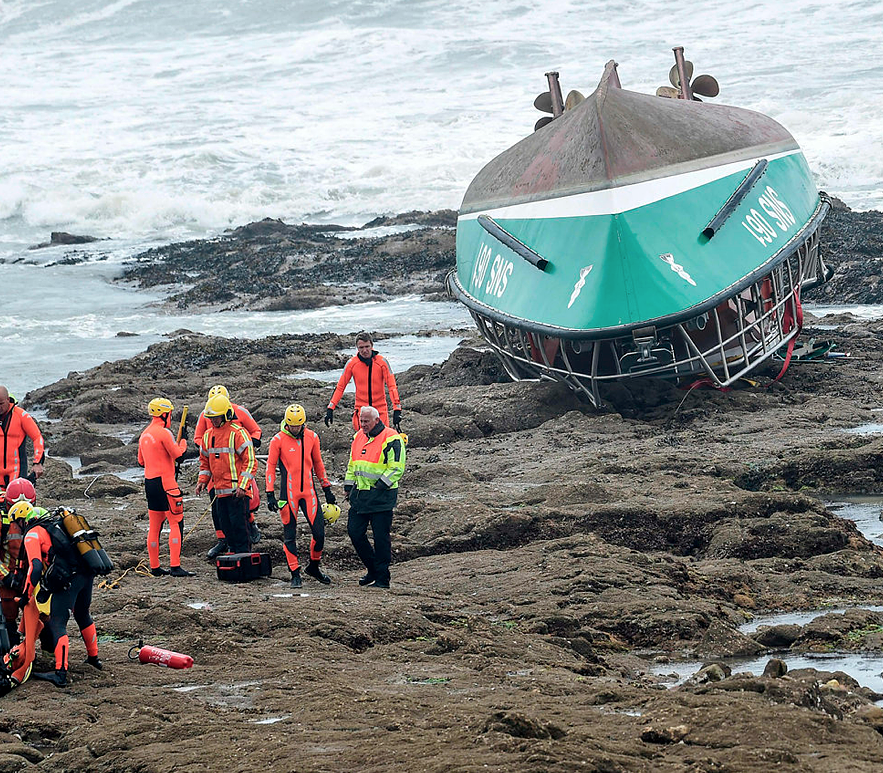 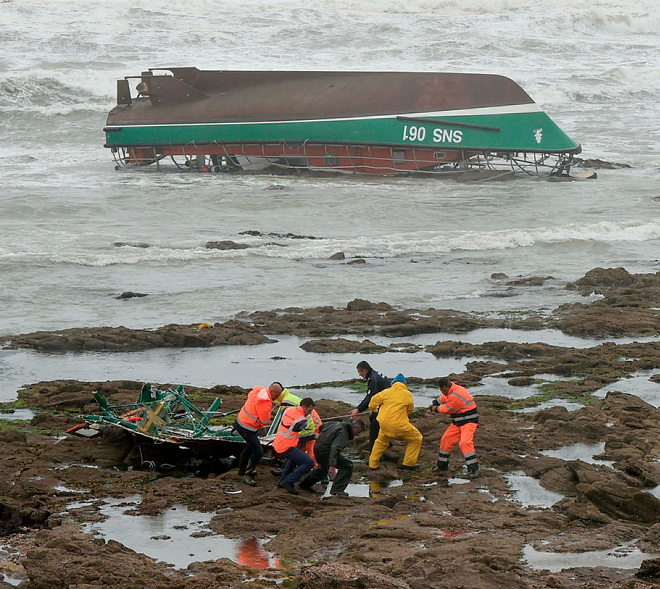 “The boat had a crew of seven and three rescuers have died.

The storm is unusual as it is sweeping across western Europe at the start of the summer tourist season. 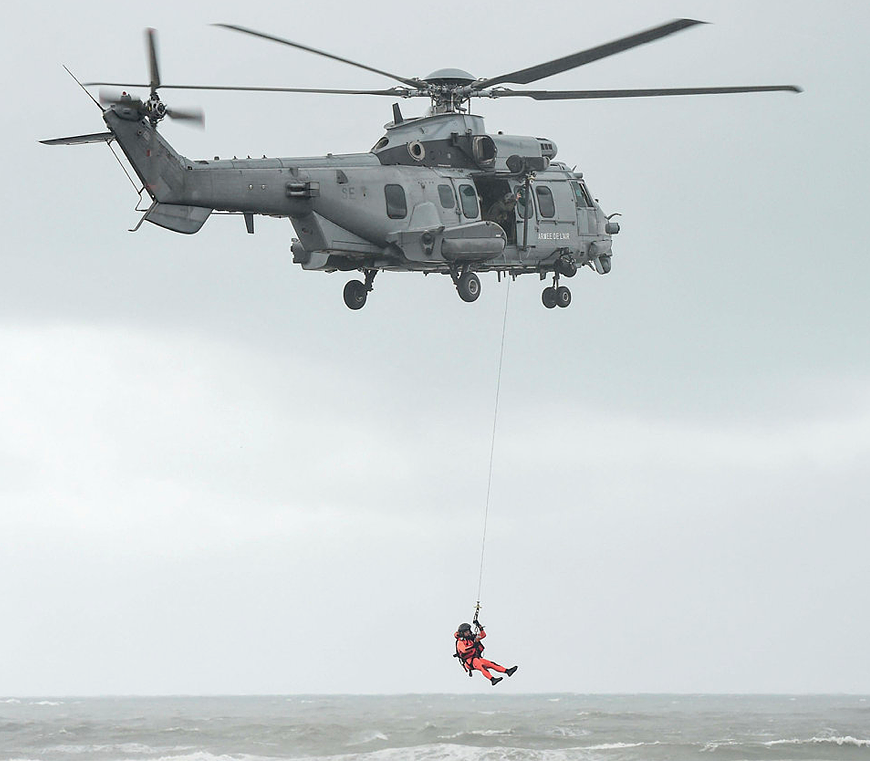 Issuing a weather warning for the UK, the Met Office said: “Some flooding of a few homes and businesses likely, leading to some damage to buildings or structures

“Some interruption to power supplies and other services likely.” 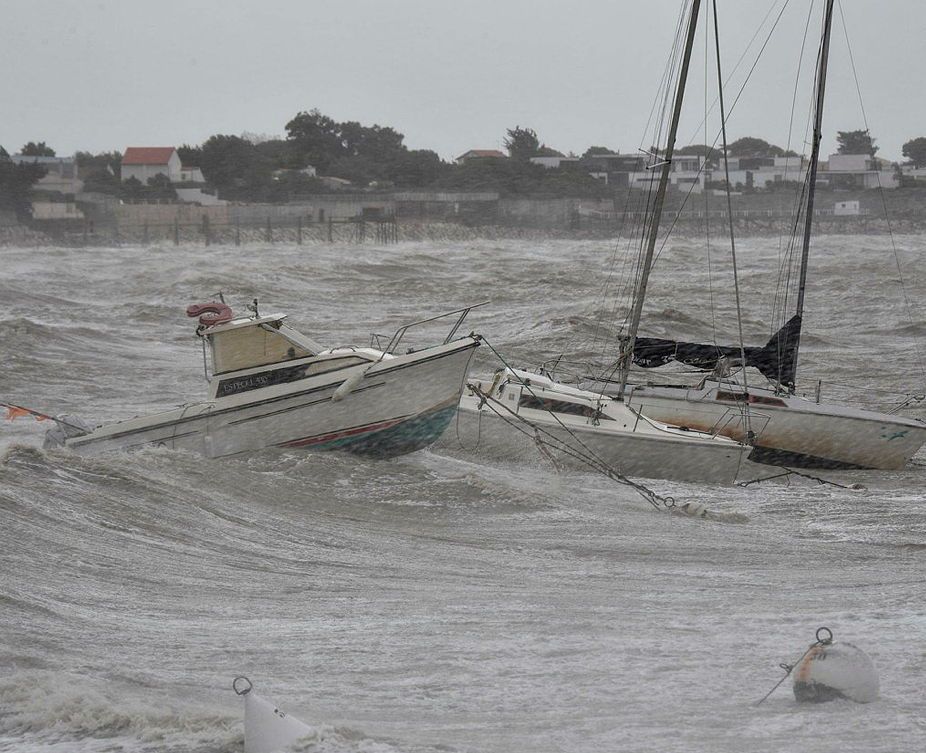 The alert was in place for most of west London and stretched across Peterborough, Birmingham, Cardiff, Exeter and back across the south coast to Brighton.

Strong winds hit southern Britain and up to 20mm of rain fell within an hour in parts of the UK.

Met Office forecasters remain confident however the weather will clear up overnight ahead of the weekend.

The south will experience sunshine, but rains will persist in the midlands and the north.