El Shafee Elsheikh, who was born in Sudan but grew up in London, confessed to helping the terror group ransom western captives back to their families.

They were captured in eastern Syria by the Kurdish-led Syrian Democratic Forces in Syria back in January and stripped of their British citizenship.

If extradited to the US, Elsheikh and Kotey could face the death penalty for the murders of journalists James Foley and Steven Sotloff, along with aid worker Pete Kassig.

The pair are accused of torturing their captives and Elsheikh is said to have earned a reputation for water-boarding and mock executions. 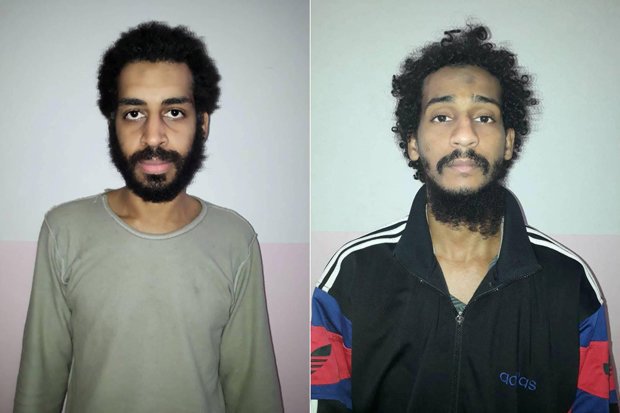 “I consider my role in this whole scenario, this whole episode, as one of my mistakes”

Back in May, Katey also acknowledged being an ISIS member for the first time.

Alongside fellow British terrorist Mohammed Emwazi, better known as Jihadi John, he kept an eye on hostages in Syria.

They earlier demanded a “fair and just” trial in Britain – despite admitting  they “don’t believe in democracy”.

Showing contempt for western legal systems, both fighters sarcastically reminded the UK to “adhere to that which they claim to be champions of”.