Britain is set to be warmer than holiday hotspots

Summer sizzler starts this weekend! Britain is set to be warmer than holiday hotspots Barcelona and St Tropez as mercury pushes 86F on Sunday

The nation will bask in temperatures of up to 86F (30C) this weekend as the overnight cloud and rain spreads eastwards.

As a wet and windy Band Holiday weekend comes to an end, showers across the country are set to die out by this evening and bring in a balmy start to June.

The sizzling weather, which follows a weekend of frequent showers, will see throngs of holiday makers racing to the coast as the temperatures gear up to surpass those in Barcelona and Ibiza which will see highs of 75F (24C) on Sunday.

However as a jet stream heads towards the south of the country, the UK will feel a chill in the air tonight and there is likely to be potential frost before the warmer climate arrives.

Wednesday will see a dry and bright start to the day as temperatures continue to rise and bring in glorious sunshine and humid weather by Saturday.

Met Office spokesman Grahame Madge said there remains uncertainty on the range of temperatures as forecasters wait for the warm air to arrive. 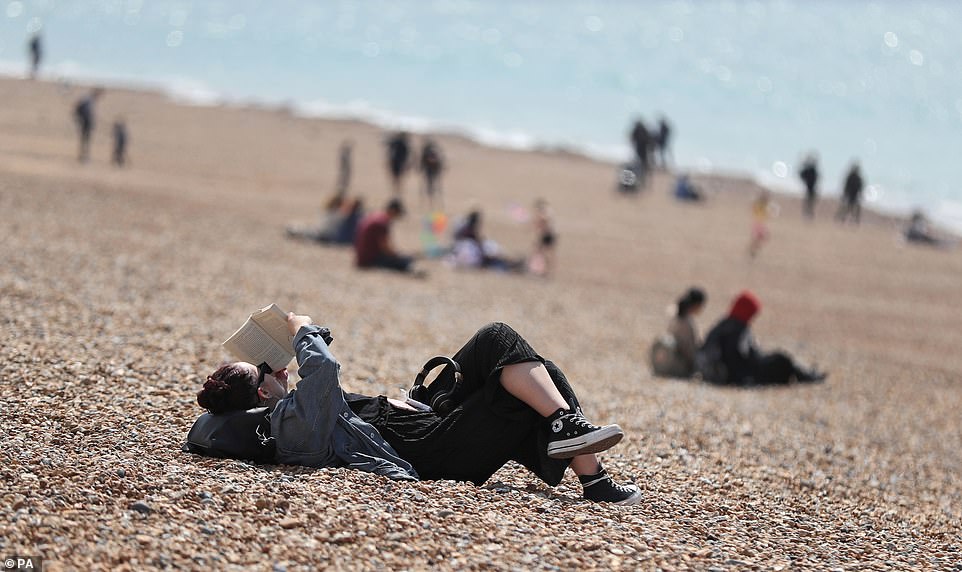 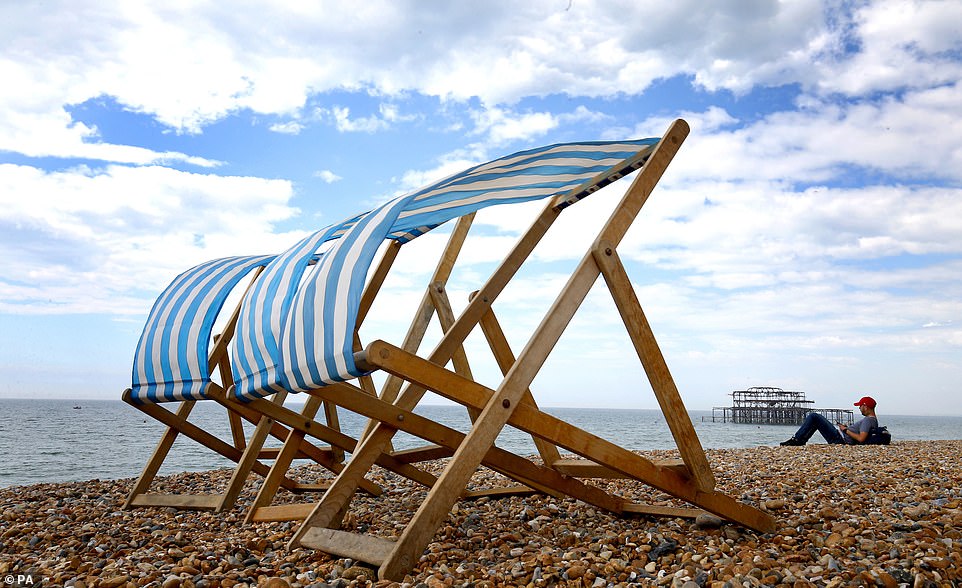 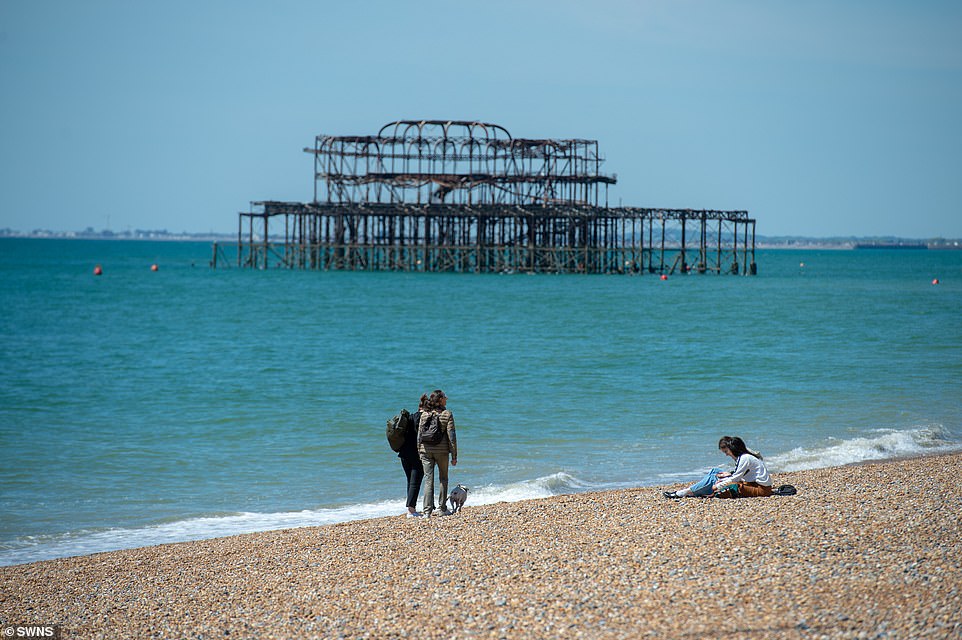 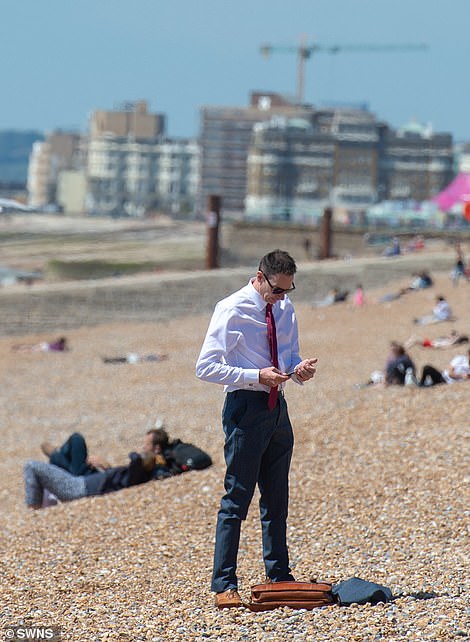 Sun-dwellers absorb the sea air on Brighton Beach, East Sussex and soak in the sun as the UK gears up to enjoy a warmer climate 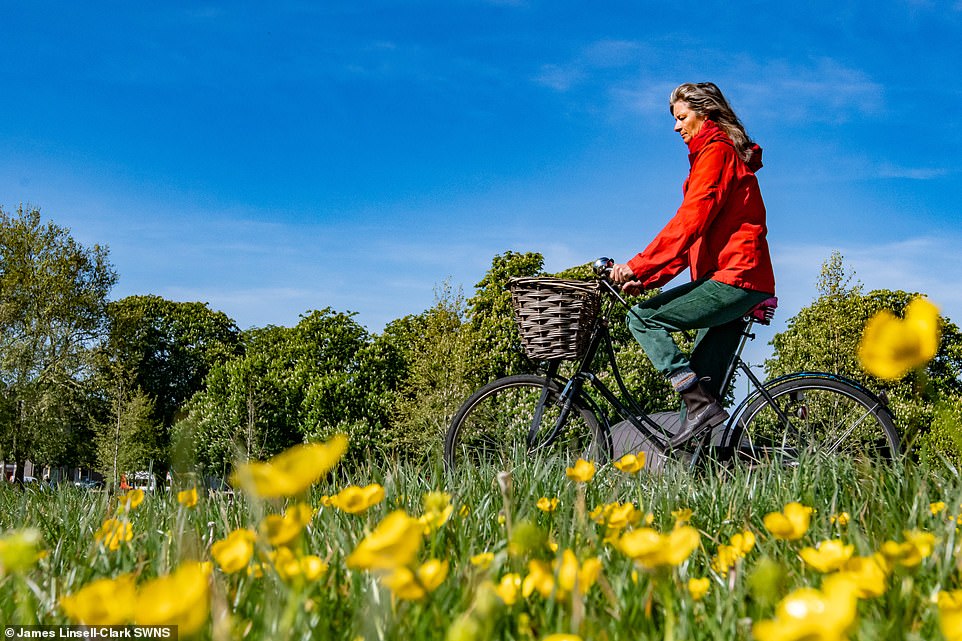 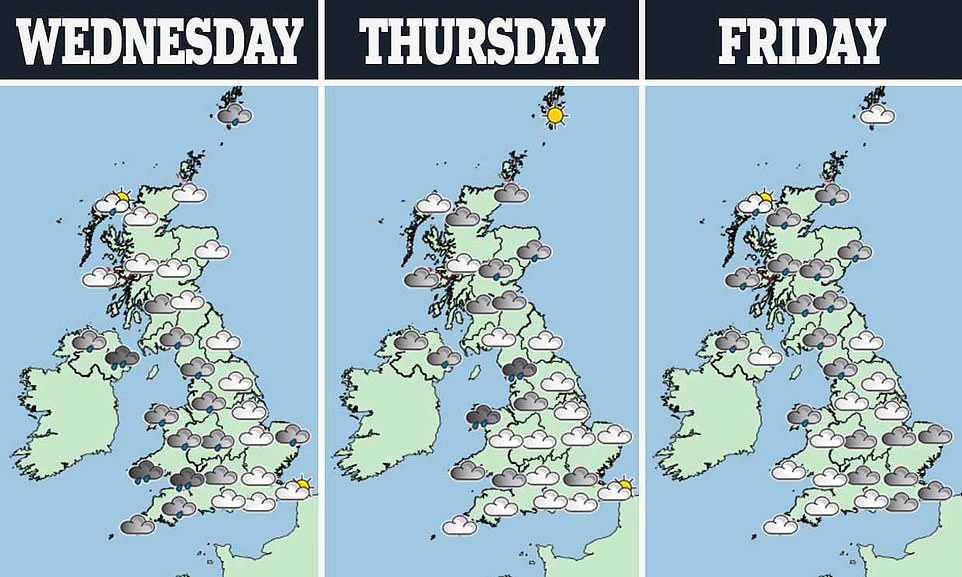 He said: ‘The indication is that we could see highs of 82F (28C), isolated highs of around 28C, on Saturday, and the most likely candidate places for those would be places like Norwich, north London, those sorts of areas away from the coast, but in the south-east corner of the UK.

‘So Sunday looks very much as though it’s going to be a warmer day than Saturday. So we have got that warmth coming through.

‘Once this warm front, and the air behind it, starts to pull across the UK then we will see temperatures starting to rise.’

The Met Office spokesman said conditions have been quite cool and there is a possibility of sleet and even snow showers in the Scottish highlands. 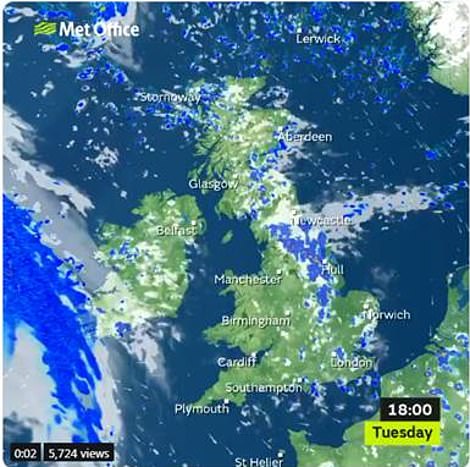 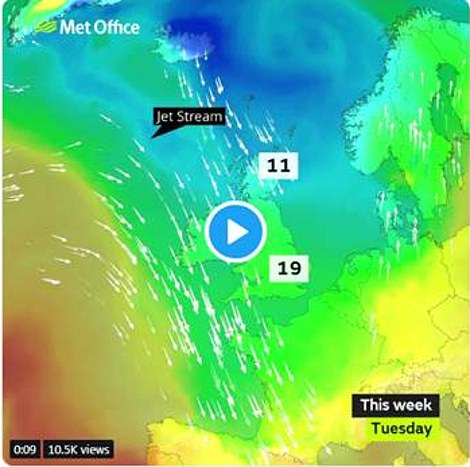 The country will see scattered showers and feel a chill in the air as a jet stream heads towards the south of the country. However the temperatures will then begin to heat up 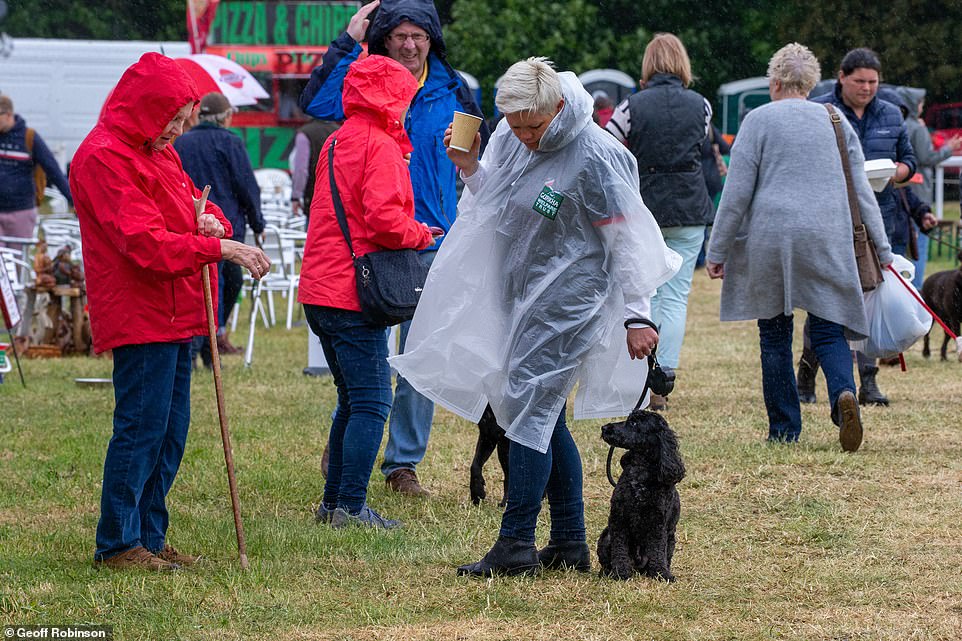 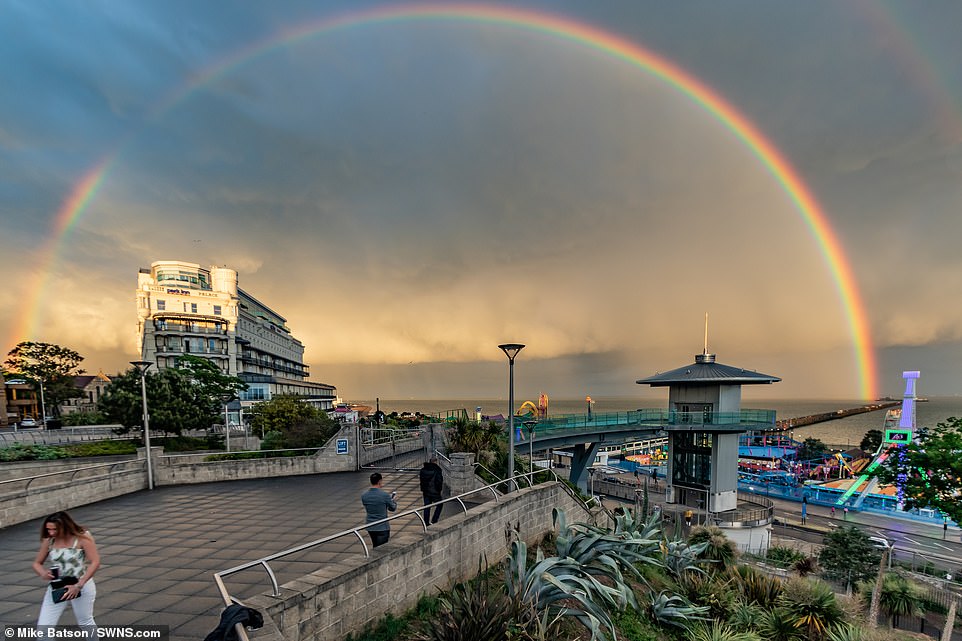 Following a wet start to the week, parts of England could see a frost in isolated areas on Tuesday night and the next few days.

There will be a ‘fundamental change’ once the warm front, known as tropical maritime air, starts to draw the warmer air across the UK, Mr Madge said.

‘Tonight, for example, some parts of England could see a frost before this warm front starts to work its way across.

‘We’re expecting its arrival overnight so probably getting into the western parts of Britain by just after midnight.

‘And then it will work its way across, reaching all parts of the UK by later in the week and the weekend,’ he said.

According to the Met Office website, Barcelona and Ibiza will see highs of 24C (75F) on Sunday, while St Tropez is expected to reach 28C.

Bookmaker Coral makes this June 2-1 to be the hottest since records began.