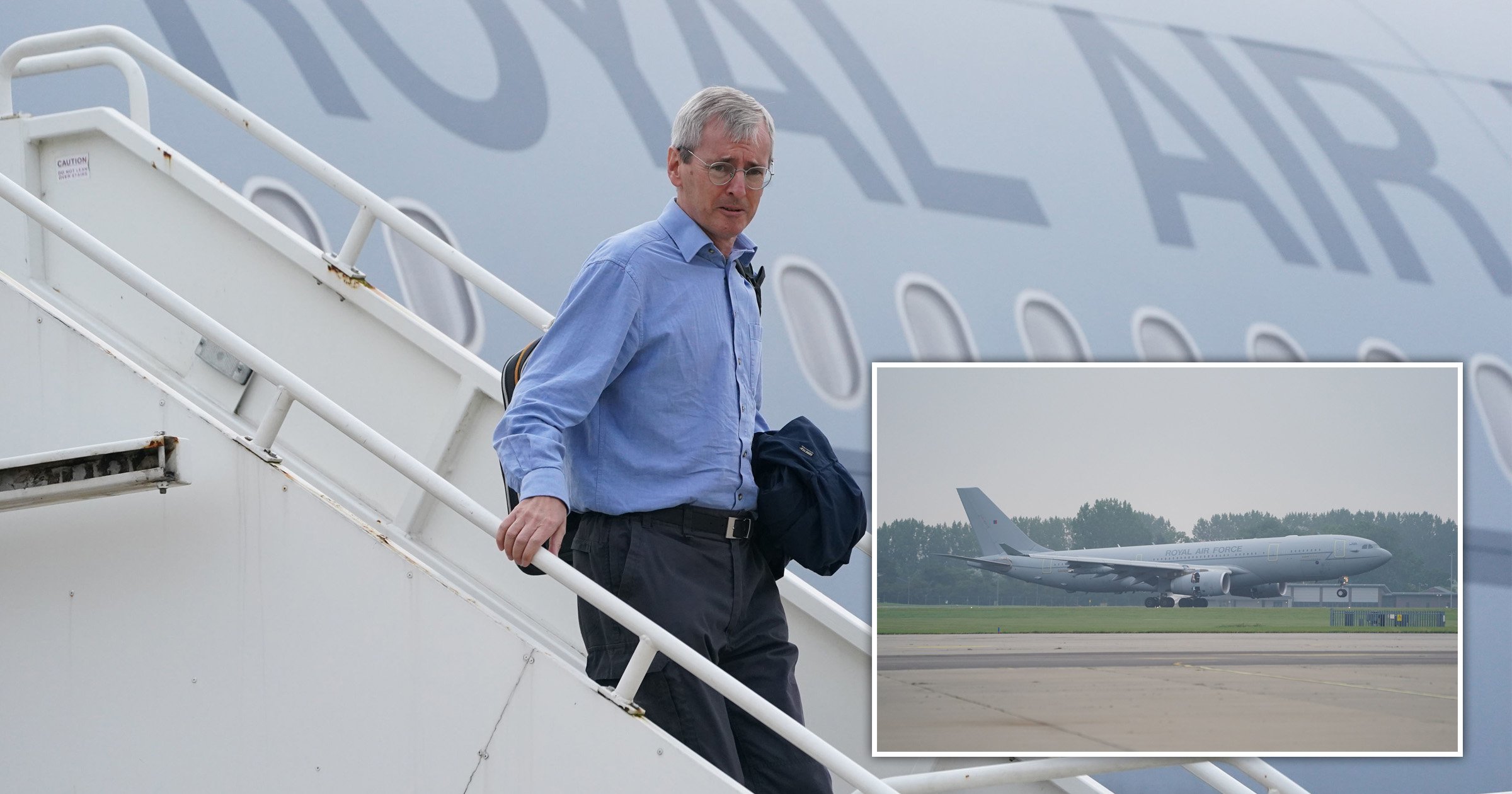 Britain’s ambassador to Afghanistan, senior military personnel and some of the last remaining soldiers stationed in the country have landed on British soil.

Sir Laurie Bristow was among those to touch down at RAF Brize Norton in Oxfordshire this morning.

Their return marks the end of a war which began 20 years ago and claimed the lived of 457 British troops.

Around 15,000 people have been airlifted out of the country in the last two weeks, the largest operation of its kind since the Second World War.

This morning, prime minister Boris Johnson said the frantic humanitarian mission had been ‘unlike anything we’ve seen in our lifetimes’.

Vice-Admiral Ben Key, who ran the military side of the evacuation in Kabul, said returning soldiers are ‘deeply tired’ and have ‘given their all over the last two weeks’.

Speaking on the tarmac at the RAF base, he said: ‘Some of the pictures that have come back in the last few days have painted a really good impression of just how desperate and difficult those conditions have been in the last few weeks.

‘The pictures of them sitting in the aircraft coming back, these are deeply tired people who have given of their all over the last two weeks.

‘They have travelled with very little equipment – we didn’t allow them to carry much kit – and in many cases they have lived in the clothes they have been wearing for many days.

‘They have been sleeping in rough conditions, eating off ration packs and their sole motivation has been to help as many of the Afghans and British entitled personnel as they possibly could.

‘It’s been a combination of deep professionalism, considerable courage, really sophisticated judgment and, on occasion, huge compassion, and it’s been difficult for those of us back here not to just have the most enormous admiration for what they’ve done and how they’ve gone about it.’

Their Voyager aircraft touched down at RAF Brize Norton airfield in Oxfordshire on Sunday morning with roughly 250 personnel on board, including members of 16 Air Assault Brigade who were stationed at Kabul airport.

The plane flew in from Al Minhad airfield in the United Arab Emirates near Dubai, where the UK’s evacuation flights from Afghanistan first landed.

Around 1,000 people eligible for resettle have been left behind, the Ministry of Defence has admitted.

Western armies and intelligence agencies were caught by surprised when the Taliban seized control of the country in a matter of weeks, turning an already complex evacuation process into a unique logistical challenge.

Vice-Admiral Key admitted ‘we would have liked more time’ to get more people but out.

He added: ‘The truth is no more time was granted to us by the Taliban, who were very clear that by the end of August not only had the evacuation had to be completed but we, the western militaries, had all withdrawn as well.’

Asked if he was optimistic for the future of Afghanistan, he said: ‘I think I watch with interest. I am hopeful the investment we have made will grow into greater things, but I don’t think there’s any of us would say the last 20 years have not been worth it.’