British base jumper, 32, dies in front of friend

British base jumper, 32, dies in front of friend when he smashes into mountain after his wingsuit fails in 3,000ft Italian Dolomites leap

A British base jumper died in front of his friend in the Italian mountains after losing control and falling 200m.

Jean Andre Quemener, 32, from Jersey, was seeking thrills in the Dolomites north of Venice when he climbed to the summit of a 3,000m mountain with a friend.

He leapt from the Saas Pordoi mountain, at Canazei, but high winds which were buffeting the region sent him flying into the rock face, and he fell more than 200m to his death after losing control of his wingsuit.

A fellow basejumper raised the alarm after losing sight of him and a rescue helicopter located his Mr Quemener’s body in a gully of the snow-covered mountainside below. 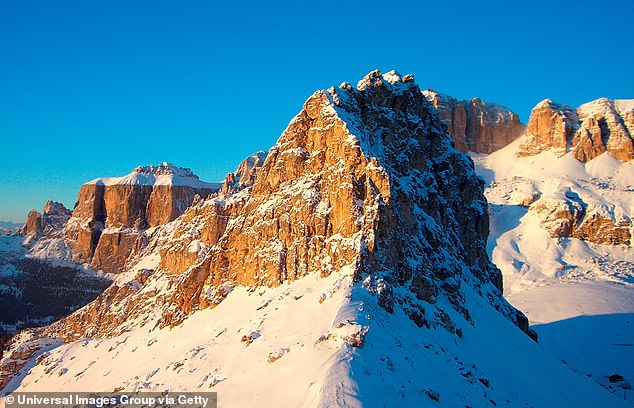 Trentino Alto Adige, Canazei, Italy. Mr Quemener leapt from a peak in this range of the Dolomites

Paramedics who were lowered down confirmed the 32-year-old had been killed instantly by the impact of the smash.

A witness on the scene told the Sun: ‘From what I understand the British guy was … with his friend and they decided to do the jump.

‘She came down okay and then he went for it but the wind was too strong and it sent him careering into the side of the mountain.’

A police spokesman said: ‘We were called by mountain rescue to a fatal BASE jumping incident involving a British national and informed the relevant authorities. There was nothing that could be done.’ 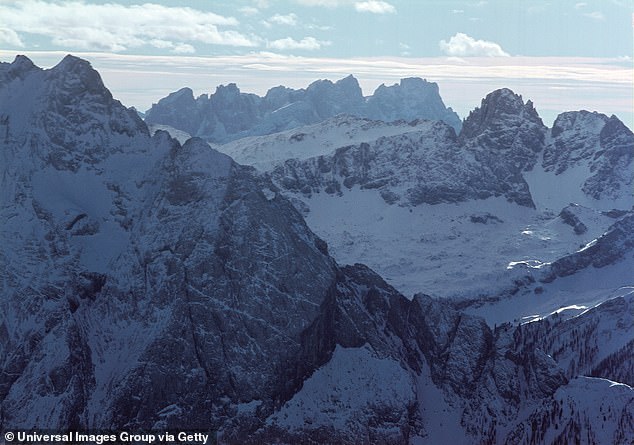 Pictured: Dolomite Mountains near Canazei, Italy. The Foreign Office confirmed it was supporting the family of the base jumper

Base jumping – in which participants open parachutes or spread the limbs of webbed ‘wingsuits’ after leaping from tall buildings or mountainsides – is one of the most dangerous sports in the world with an injury rate 43 times higher than parachuting.

Last year, base jumper Robert Haggarty, from Andover, Hampshire, died in the Dolomites after launching himself from the Castelletto Della Busazza mountain.

The 47-year-old, who had completed 500 jumps previously, suffered multiple injuries when he failed to clear a cliff ledge.

Mr Haggarty sang ‘Happy Birthday’ to his friend then died from ‘unsurvivable injuries’ after he failed to clear a cliff ledge on a 8,000 ft high Italian mountain, an inquest heard.

The Foreign Office told MailOnline: ‘We are supporting the family of a British man following his death in Canazei, Italy, and are in contact with the local authorities.’ 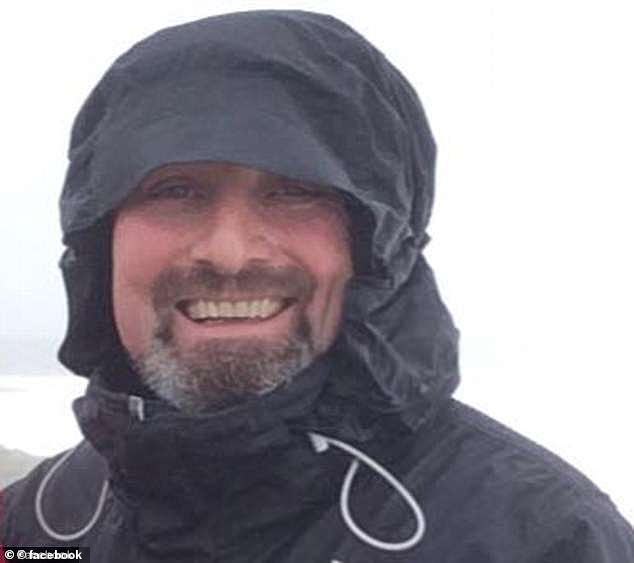 Last year, base jumper Robert Haggarty, from Andover, Hampshire, died in the Dolomites 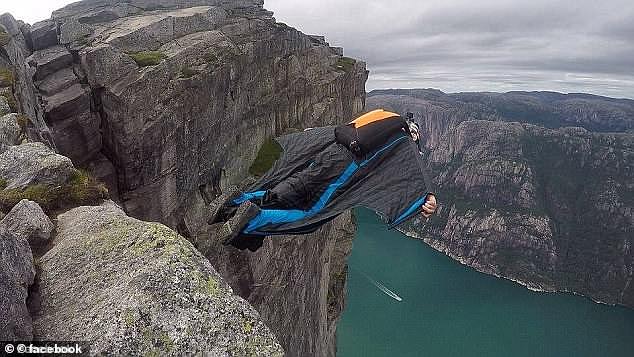 The 47-year-old, pictured, who had completed 500 jumps previously, suffered multiple injuries when he failed to clear a cliff ledge