British tourist, 25, kidnapped and held for £6,000 ransom by gang in Italy is rescued after managing to TEXT his father in London alerting him to his eight-day ordeal

Do YOU know the family involved?

A British tourist who was kidnapped and held hostage for eight days by a gang in Italy has been rescued by police after managing to text his father and alert him to his ordeal.

The 25-year-old man from London was freed from an apartment near Macerata in central Italy, detectives said last night.

The victim, who has not been named, was kidnapped by four men and held handcuffed and barefoot in the flat, with his captors demanding a £6,000 ransom for his release, police added.

He was apparently fed with only scraps by his captors.

The suspects – three Italians and a Moroccan – allegedly allowed the Briton to call his parents, asking for the money.

But using some sort of code, the detainee was able to alert them to his plight. Officers were said to be ‘curious’ about why the ransom was so low.

Colonel Nicola Candido, who was involved in the rescue, said: ‘His family, who are fairly wealthy, received a message from him and contacted the British police and the National Crime Agency, who in turn contacted the carabinieri [Italian police].

‘We checked out the case and then planned the rescue raid.’ 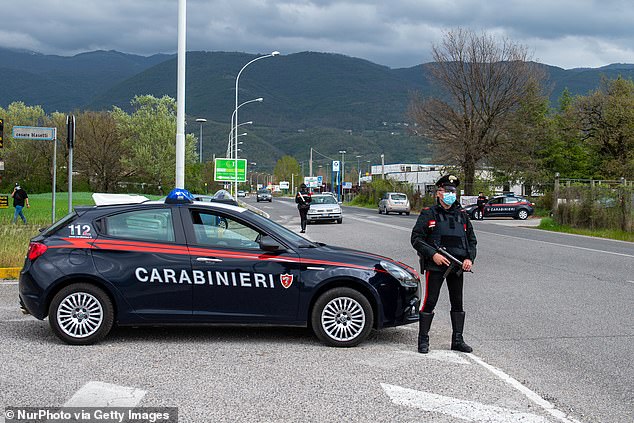 The 25-year-old from London, who has not been named, was freed from an apartment near Macerata in central Italy, detectives said last night (file photo)

The man had told his father over text that he had been abducted, reports The Times.

Colonel Massimiliano Mengasini said: ‘He sent a message to his father on his mobile phone asking for the money, but was also able to communicate, without the gang realising, that he was being held prisoner.’

The commander of the carabinieri unit involved in the operation, Colonel Francesco D’Ecclesiis, said: ‘Within 36 hours, we had located the apartment in which he was being held prisoner.

‘The raid took place at 14.45 on Wednesday. We surrounded the apartment block, arrested the captors, and released the hostage.’ 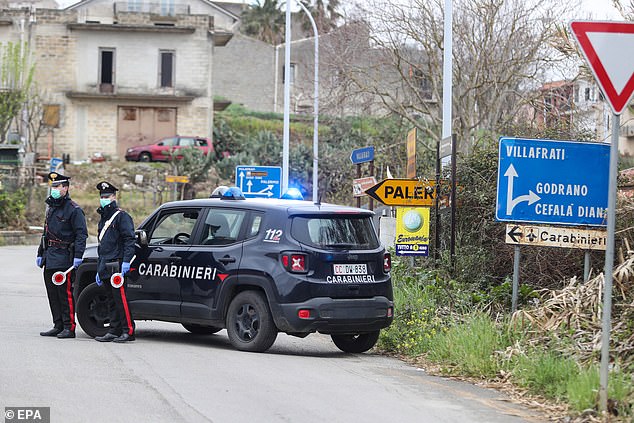 Mengasini added: ‘The young man was found in a darkened room with furniture pushed up against the windows.

‘He was fed fairly sporadically by his captors. He was exhausted but he is slowly recovering.’

The victim had been holidaying in Italy since early June.

The kidnapping gang were due in court today.