The parents of three Britons stuck in coronavirus quarantine in Italy have told of their fears for the boys’ mental health after two months in isolation.

Quinn Paczesny, 20, Will Castle, 22, and Rhys James, 23, had been teaching English in northern Italy and planned on going travelling before they tested positive for coronavirus in Florence on August 17.

The trio were taken to a converted hotel for coronavirus patients, placed in separate rooms, and told they could not leave until they twice tested negative for the virus. They have been there ever since, as the results keep coming back positive. 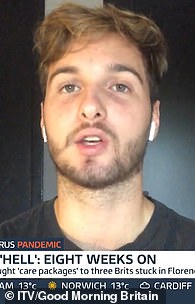 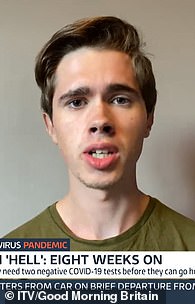 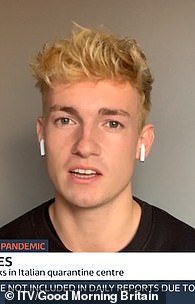 Quinn Paczesny, 20 (left), Will Castle, 22 (centre), and Rhys James, 23 (right), have been in coronavirus quarantine in Italy since August 17 – and say they are now ‘really struggling’ 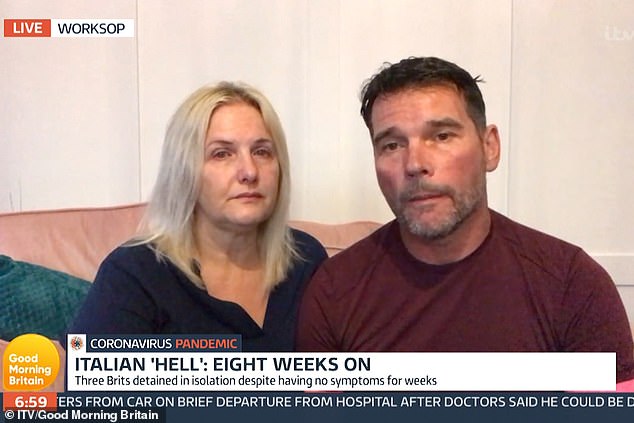 Mark Paczesny (right), Quinn’s father, said he is now concerned for the boys’ mental health, saying that ‘the cracks are starting to show’

‘We are finding it hard to deal with and I’m beginning to worry about the mental health issues for the lads.

‘I think you can see the cracks appearing now and that they’re struggling. They need to stay strong. It’s all about them now. I don’t know what to say about it any more.’

Son Quinn added: ‘As my dad said the cracks are definitely starting to show with our mental health. We’re all struggling a lot.

‘We all try to put on this brave face, especially to the media, but it’s getting to the point where it’s difficult to put on that facade now.’

Medics have told Rhys, from Pembrokeshire, Quinn, from Sheffield and Will, from Brighton, that they are unlikely to be infectious and the tests are probably detecting dead coronavirus cells that are left in their systems. 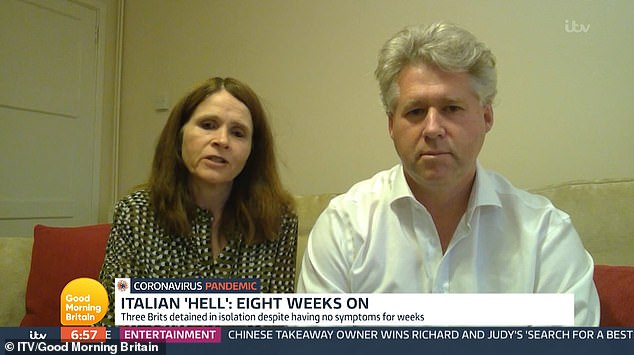 Will’s mum Nicky Castle (left) said the boys are still stuck in limbo more than eight weeks after their diagnosis, with no end to their ordeal in sight 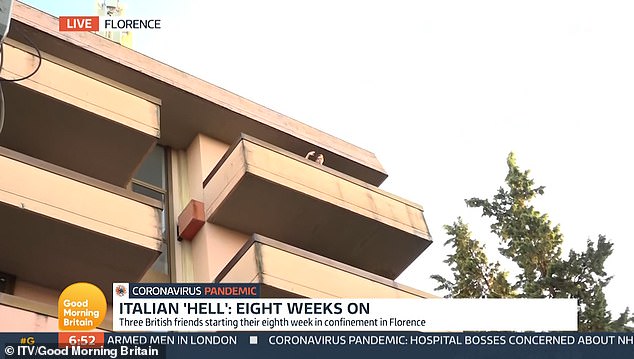 The boys are being kept inside a hotel in Florence that has been converted for use as a coronaivurs ward, and are in separate rooms meaning they have no social contact 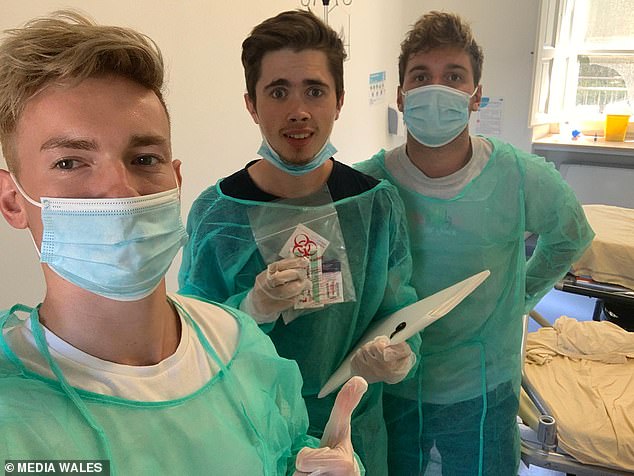 The trio (pictured during an earlier test when they were allowed to be in the same room) were planning to travel Europe together, but are now stuck in isolation

The WHO has advised against requiring two negative coronavirus tests for a person to leave quarantine, warning that it could lead to ‘long periods of isolation…affecting individual well-being’.

The UN health body instead says that patients should be released after 10 days of self-isolation, and once they have stopped showing symptoms.

All three boys say they have not had any virus symptoms since two days after their diagnosis, but none-the-less, Italian authorities have refused to budge. 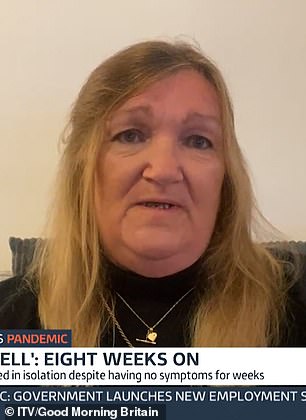 Sharon Jones, Rhys’s mother, admitted the situation is ‘difficult’ and that she wants her son to come home

Will’s mum Nicky Castle added: ‘I think you have to put on your professional face but inside your heart is weeping.

‘For the boys, it must be 20 times worse because they’re stuck and they don’t know when they’re going to get out.

‘That’s the worst thing – there don’t seem to be any solutions and we’re stuck in limbo. They’re stuck where they are in inadequate conditions.’

The trio have previously complained of conditions at the hotel, where they are kept in their rooms 24 hours a day.

They have their meals brought to them by staff in hazmat suits, but otherwise have no contact with people and are not allowed out into the hallway.

Will previously said that one of the boys suffers from coeliac disease, and had been forced to eat a meal containing gluten.

The boys say daily phone calls with each-other have kept them going, and that they have taken up yoga to pass the time.

Will’s dad Jim added that all three sets of parents have been in touch with their locals MPs, and are trying to pressure Italian officials into changing the law to allow their sons to return home. 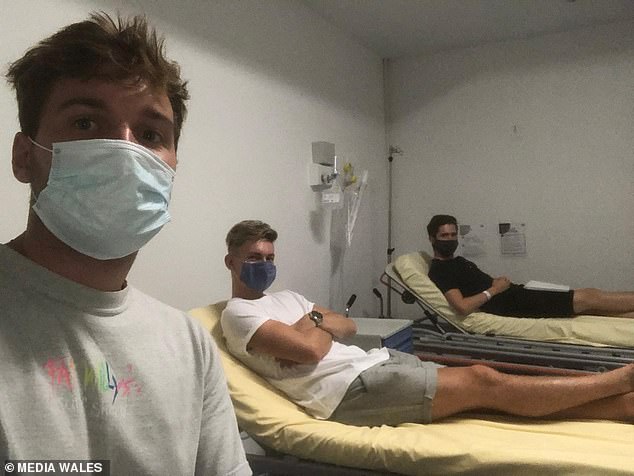 Doctors have privately admitted to the boys (pictured during their diagnosis) that the tests are likely showing dead cells and they are not contagious, but officials have refused to budge

But, for the time being, they will remain stuck until all traces of the virus have left their system, with no indication of when that will be.

Will said: ‘We’re still totally reliant on the tests. We did have some positive news yesterday when we had our health check and it was a more thorough check where we had things like our blood pressure taken and we were told this was being sent to an infectious disease specialist.

‘The embassy has requested this for a second opinion. So hopefully that means something extra is going on.’

Rhys added: ‘We really do respect the Italian rules and authorities but we’ve been told by top health care professionals from the UK, by GPs around the world, by the doctors that visit our room here that we’re no longer contagious and that it is probably dead cells.

‘Even the doctors here say they don’t agree with it but the rules say we need two negative tests to leave so we just have to follow that for now.’