A KILLER shark left holidaymakers fleeing for their lives on a Benidorm beach after it was spotted yards from the shore.

Terrified swimmers rushed to safety after the 8ft beast appeared in the shallows at the Spanish holiday resort on Thursday. 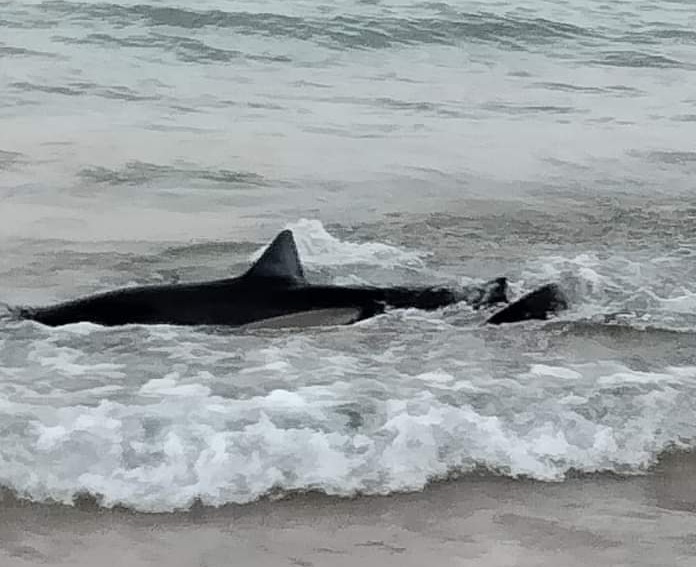 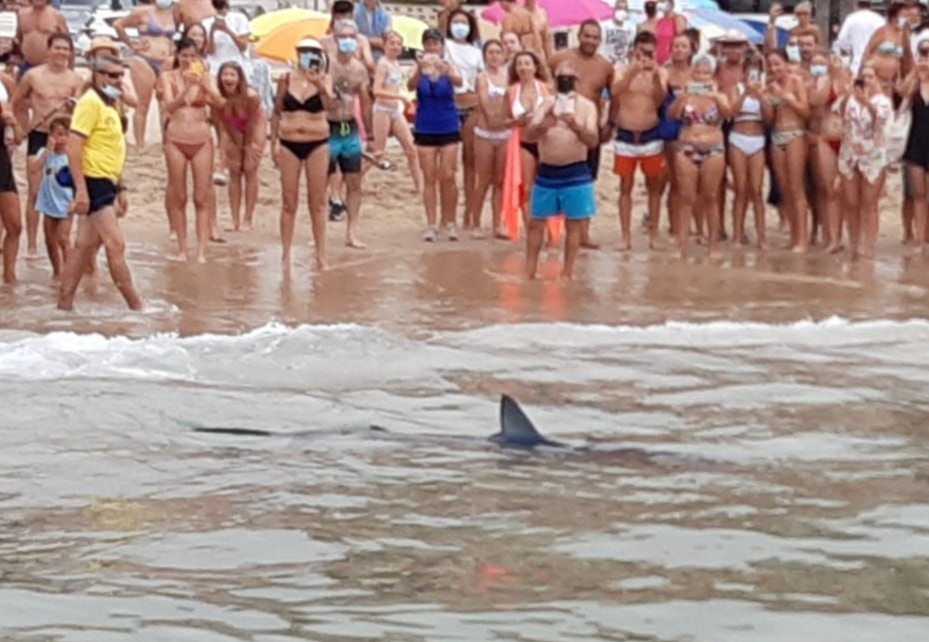 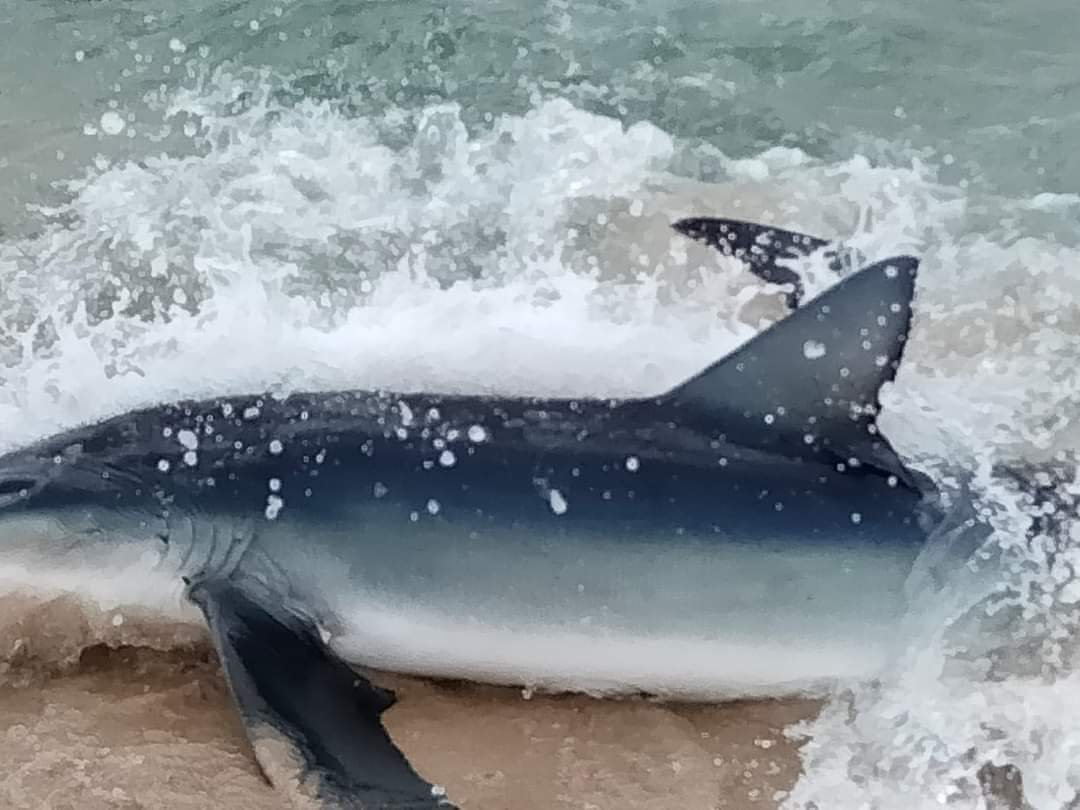 Worried cops sent a helicopter and two police boats to Poniete Beach to monitor the deadly fish, which prowled the coastline for hours.

Tourists watched on from the beach frozen in fear as the beast thrashed about in the waves.

Brit Christine Kettley, 36, was sunbathing with her family on the crammed beach as the shark prowled the shoreline.

The mum-of-three told The Sun: "This shark is massive, it was about 8ft long and jerking around in the water.

"You wouldn’t want to go anywhere near it or make it angry as it was large enough to cause someone serious injury.

"It was just swimming around where everyone had been paddling.

"Police and lifeguards rushed to the beach and immediately started getting people out of the water."

Yesterday a team of Spanish officers stood guard on the sand to stop bathers entering the water – as the huge fish thrashed and splashed in the shallow water.

Christine, of Great Dunmow, Essex, added: "It's been going up and down the coast all day and has came in really close to the beach."

Blue sharks are commonly found in Mediterranean waters and are also found in British waters in the summer months.

They can reach up to 12ft in length and have previously been connected with attacks on humans.

Blue sharks are also often seen off the Spanish coast and was previously blamed for an attack on a holidaymaker.

Last July three blue sharks and a 6ft mako shark were spotted in the water on the Costa Dorada in one week.

In 2016 a swimmer was rushed to hospital after a chunk was bitten out of his hand by a suspected blue shark off a crowded beach on the Costa Blanca.

Blue sharks are found inshore when they follow food, get lost, or are unwell. 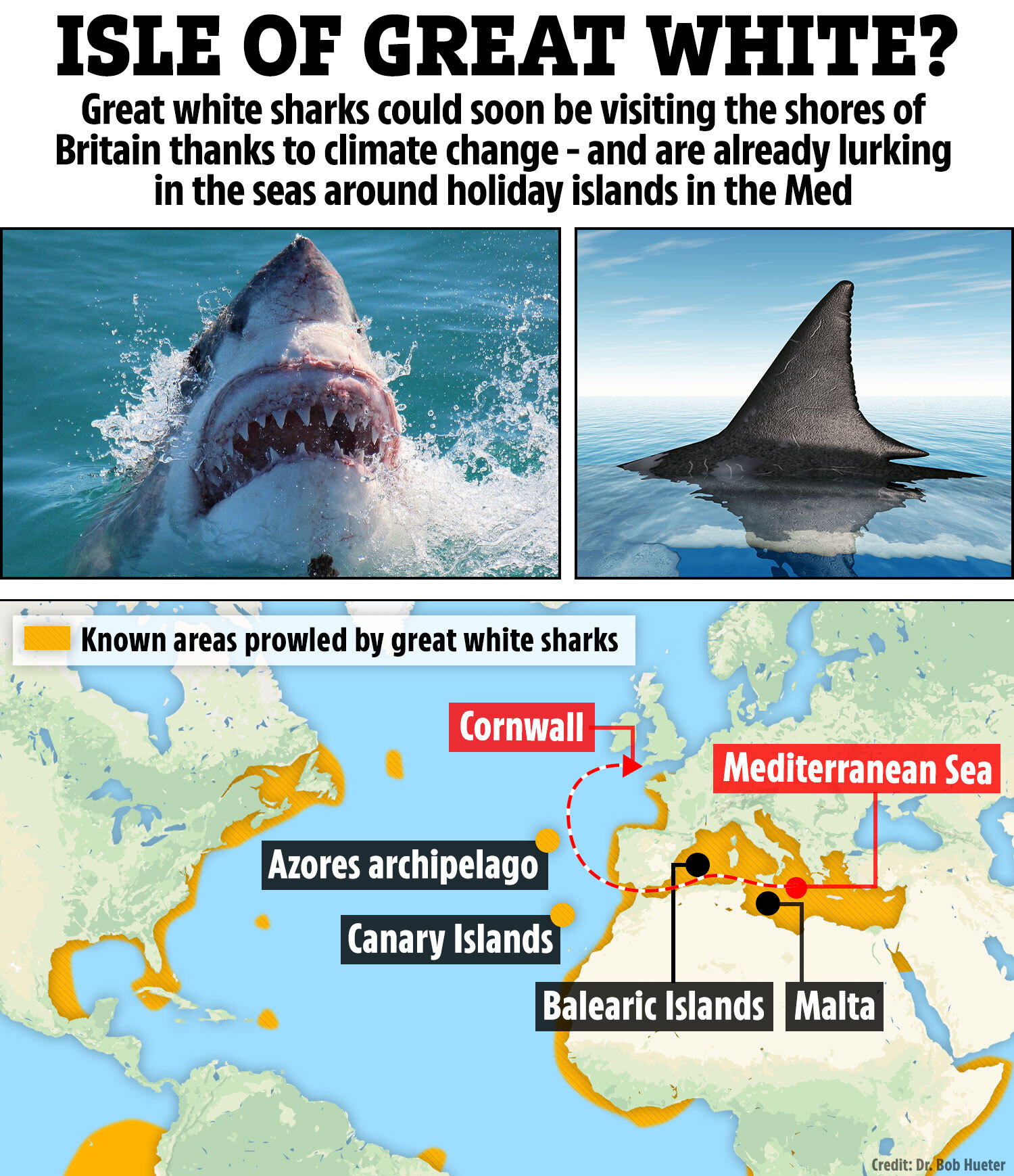 Paul Cox of the Shark Trust said: "They are generally quite placid sharks and are commonly found in British waters in summer months."

In 2018 a great white shark was spotted stalking a boat off the southern coast of Majorca.

This comes as great white sharks could be heading for Britain as they swim up from warmer waters in the Mediterranean, experts have warned. 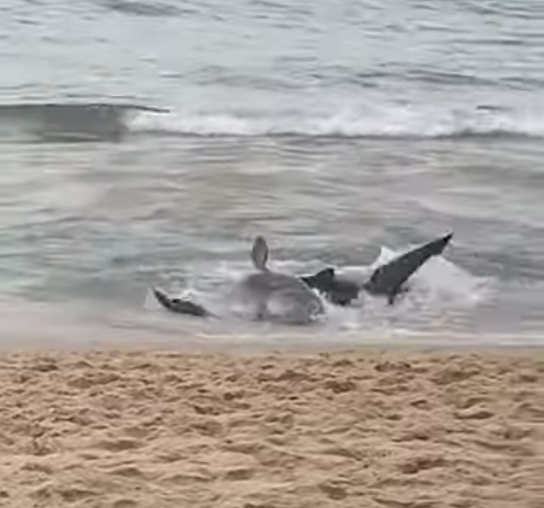 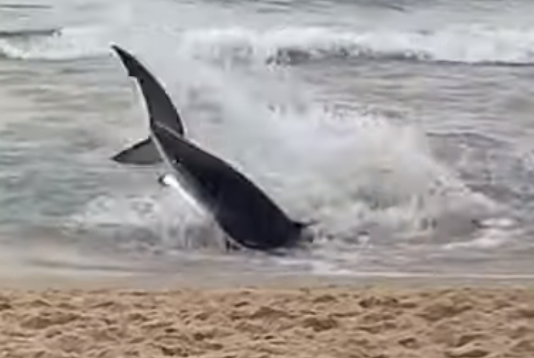 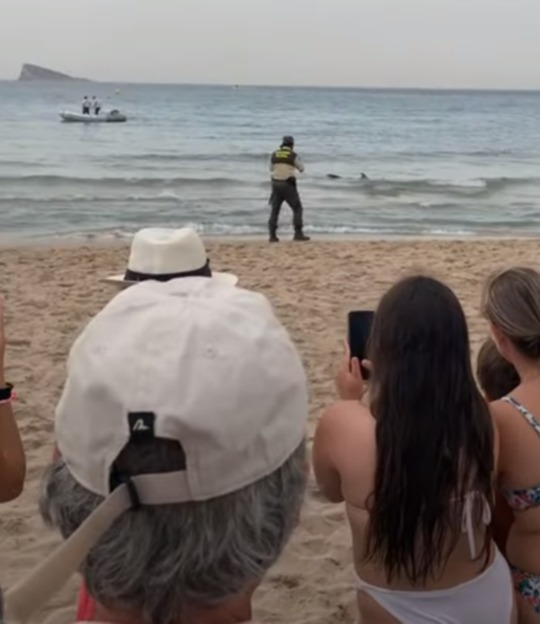