Billionaire brothers who are buying Asda for £6.8bn get major boost in bid to build £5million ‘landmark’ mosque in Blackburn as plans are approved

A £5million ‘landmark’ mosque which was proposed by the billionaire Issa brothers has been approved.

The ambitious project by siblings Zuber and Mohsin Issa had been faced with objections over the height of the building as well as potential noise.

There were also concerns regarding road safety and possible damage to trees in the area of Blackburn, Lancs., where the mosque was to be built.

But Blackburn with Darwen Council approved the plans on Thursday after the Issa Foundation agreed to address 21 issues. 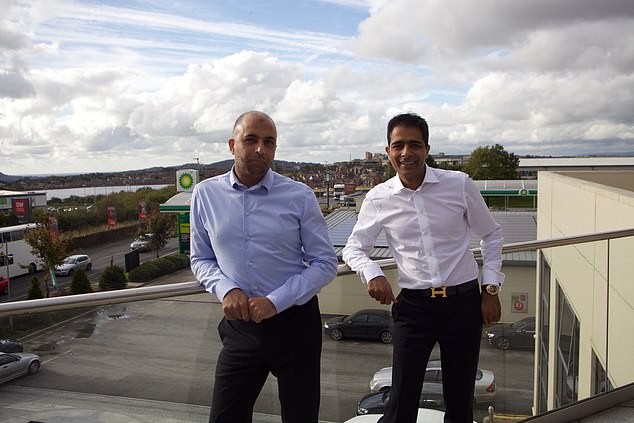 Mohsin Issa, 49, (left) and his brother Zuber, 48, have been granted permission for the ‘landmark’ mosque

The siblings, who recently bought supermarket giant Asda, said the mosque hopes to promote ‘respect, diversity and a better understanding of different cultures’.

‘Communities play an even more important role during challenging times such as these, and we are very pleased to be able to do our part to ensure the wider local community will have much needed new facilities to meet their religious and social needs.’

The foundation agreed to pay £30,000 to improve safety at the junction near the site, and employ parking marshals to reduce road safety risks.

While concerns were raised about the proposed 95ft towers, planning manager Gavin Prescott argued they were ‘typical of Islamic architecture’.

Mr Prescott also said noise would be limited with no amplified calls to prayer and nearby trees on Preston New Road road would be protected. 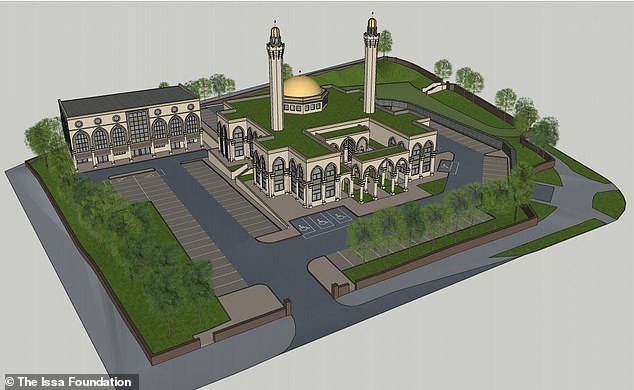 £5million ‘landmark’ mosque, which will also include a community centre offering services to local people, proposed by the billionaire Issa brothers has been approved

It will have a prayer hall, but will also include a community centre offering services to local people of all backgrounds including parent and child care, bereavement counselling and funeral services.

The billionaire tycoons and their private equity backers completed their £6.8billion acquisition of Asda last month, returning the supermarket giant to British ownership after more than 20 years.

The EG Group, owned by Mohsin and Zuber Issa, previously reached an agreement to acquire the chain from Walmart.

The deal, which is being backed by investment funds managed by TDR Capital, will also include its chain of petrol forecourts. 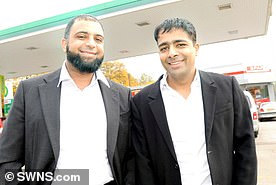 They were brought up in a terraced house after their father came to Britain to work in the textiles industry.

Four decades on, Mohsin and Zuber Issa’s journey from the back streets of Blackburn to the top of the property ladder appears complete.

Their woollen mill worker father Vali and mother Zubeda were living at a two-up, two-down terraced house on Balaclava Street in Blackburn when Mohsin and Zuber were born in the early 1970s.

Euro Garages has a partnership with a several household name brands, including Spar, Greggs, Burger King, Subway and Starbucks.

It was founded by brothers, Zuber Issa and Mohsin Issa in 2001 with a single petrol filling station in Bury, Greater Manchester.

Just 15 years ago they were working in a petrol station in Halifax, doing the stock-taking and cleaning the toilets among other things.

They took a lease on a local garage with their combined savings of £5,000 and today they control a business with an estimated value of some £3.56billion.