Burglar stares into security camera as he raids home

A callous thief broke into a woman’s home and stole thousands of pounds worth of her belongings while she was doing a gruelling swim to raise money for charity.

Nikki Pope was swimming 10 miles of Lake Windermere for the learning disability charity Mencap while the heartless thief targeted her home.

He struck while the three house-sitters she had employed were asleep, before fleeing with her laptop, handbag and recording equipment.

Chilling footage caught him silently removing moved an entire double glazed window out of the wall of her home to enter. 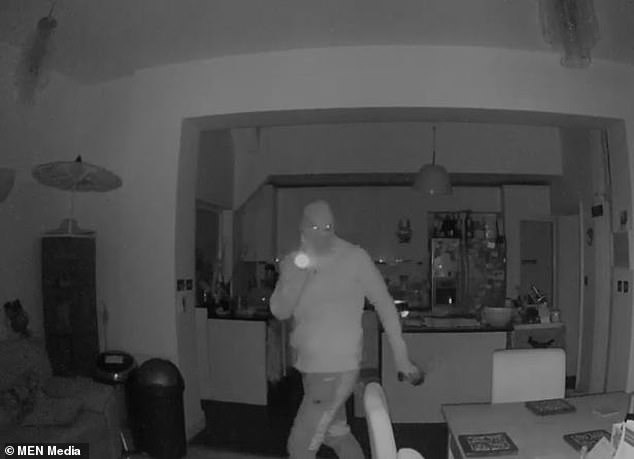 The burglar struck while the three house-sitters Ms Pope had employed were asleep, before fleeing with her laptop, handbag and recording equipment 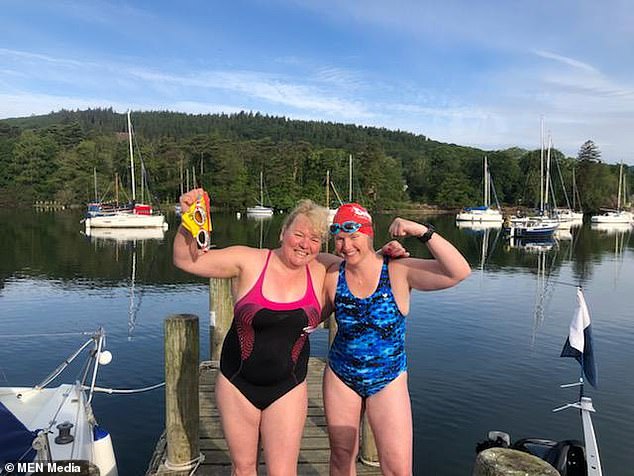 Ms Pope, left, said she should have been celebrating finishing her swim but instead found her home had been raided

He then crept around with a torch in his mouth, as three house-sitters and her dogs slept, undisturbed by the intruder. The break-in happened at around 3am on Sunday.

The 51-year-old, who lives with her partner Cate Bauer and son Ben Pope, 11, said: ‘I was gutted. The first time I saw the video footage I had my heart in my mouth.

‘He stares into the camera. It is galling. It’s just chilling. He’s so brazen. He knows exactly what he wants. I hope no one else suffers what I am suffering.

‘I should have been celebrating the swim – instead it was a Bank Holiday from hell.’ 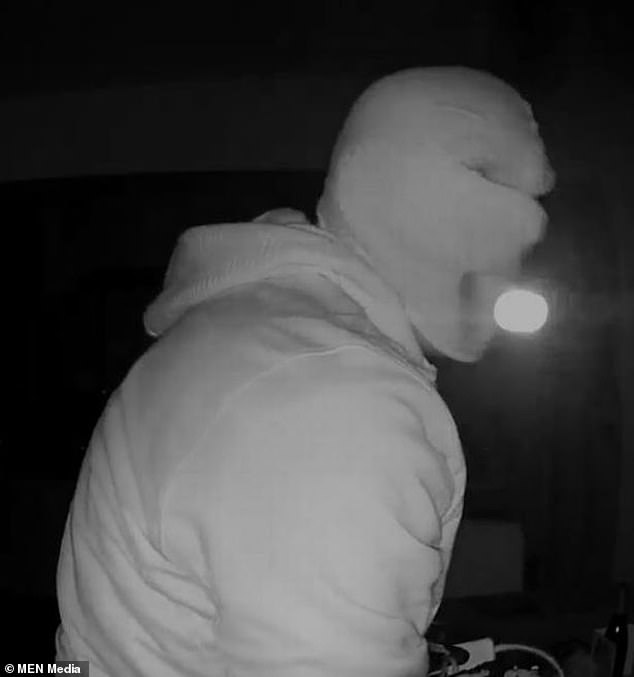 He crept around with a torch in his mouth, as three house-sitters and her dogs slept

Ms Pope, a property investor and author, completed the Windermere challenge in training for a swim of the English Channel.

She plans to swim the solo feat, which is around 21 miles, in July.

Ms Popeis raising money for Mencap , a learning disability charity, which supports her 13-year-old nephew Zach Pope who has autism. Carers from the charity help the family out for a couple of hours every week.