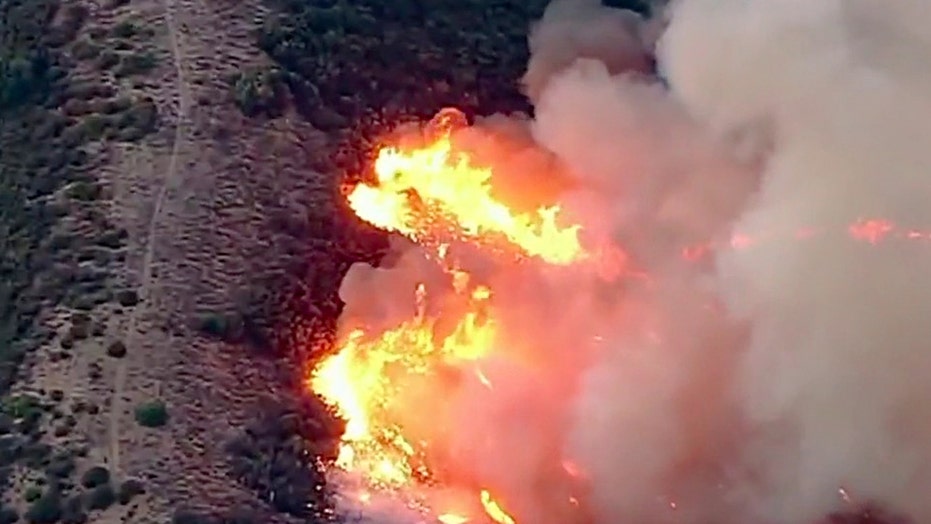 California firefighters had to fend off more than just flames when a bull got territorial, as seen in a video.

Ventura County Fire Department captured the moment while attempting to quell the flames of a Lake Fire, with the bull charging down the road as firefighters scrambled to get out of its way. The big-horned bull, called “Ferdinand” in the tweet, slows to a trot as it passes the firefighters who are sitting safely inside their trucks.

“Ferdinand the Bull wasn’t clowning around when he chased FF’s down the road,” the tweet read. “Crews were clearing the road so the engines could get to a clearing when they were chased out.”

The department said no one was injured.

The name “Ferdinand” is likely a reference to the children’s book of the same name about a bull who would rather smell flowers than fight in a ring.

Dealing with the Lake Fire has been more of a problem than facing down a bull, with authorities saying that the fire is just 12% contained, the New York Daily News reported.

Bone-dry vegetation fueled three wildfires near Los Angeles on Friday amid multiple warnings that new blazes could erupt as temperatures spiked and humidity dropped during a statewide heatwave.

Record-breaking heat is possible through the weekend, increasing the risk for further fires.